Heavenly conversions: Take a leap of faith and make a church your home


Praying for a unusual home conversion project? You might just be in luck.

A recent report by the National Churches Trust suggests that as many as 368 ecclesiastical buildings have been earmarked for closure within the next five years.

A shortage of funding has been blamed, worsened by falling attendances and an end to cash collections at services during the pandemic. 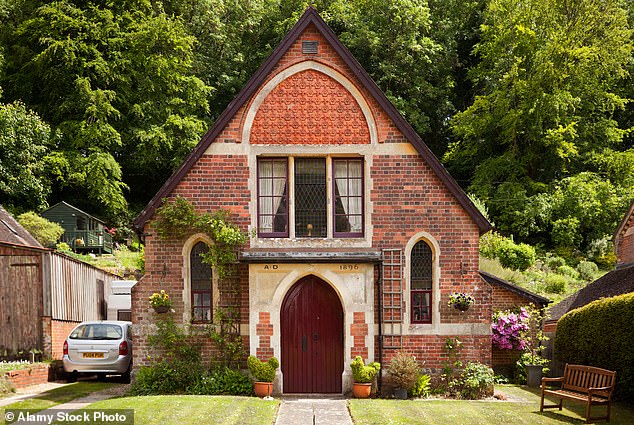 House of God: This pretty converted chapel can be found in Milton Abbas, Dorset

The Church of England alone must find £1 billion to fund repairs for its 16,000 parish churches.

While some redundant churches have become community centres, restaurants or even nightclubs, it is not surprising that the single biggest alternative use is for trendy homes.

The advantages are obvious. First, churches are often located in existing residential areas; second, they tend to be characterful with well-documented histories; third, they create truly interesting homes in an era of high volume near-identical housing nationwide.

Then, of course, there are the special characteristics: stained-glass windows, double-height rooms, vaulted ceilings, and thick walls.

But these properties can also be expensive, since there can be issues connected with conservation areas and listed building consent.

You can take a short cut and buy an already-converted church that’s been turned into a house or flats. Zoopla had more than 40 as of late January.

But if you would prefer to do it yourself, how do you begin? Each faith has a slightly different process, but church elders usually declare a building ‘redundant’ and, after public consultation and sanction by a senior churchman, it is put on the market.

So start by checking a website — not just Rightmove. There are specialist denominational sites, such as churchof scotland.org.uk and churchofengland.org which both have sections listing properties for sale.

Or visit the likes of barnsetc.co.uk which majors in redundant original buildings ripe for conversion.

Once you find what you like (and redundant church prices range from £25,000 for small chapels in remote areas, up to £500,000 or more for the largest city examples) you will undoubtedly face challenges to test the faith of even the most devout developer.

An early job is to find a lender willing to offer a commercial mortgage: they may insist on multiple surveys and even then will release funding only as each stage of conversion is completed. 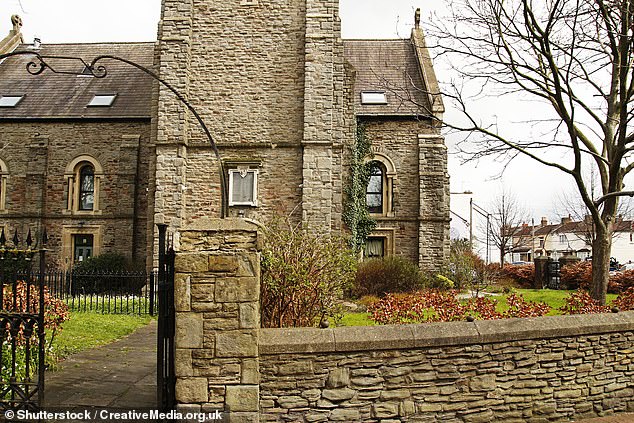 A converted church home near Bristol: Buying a property that has already been converted, rather than doing it yourself, can save homeowners a lot of time and hassle

After that you have to win planning consent, secure the support of local diocesan groups in some cases, and even undergo the cost of removing and re-interring any human remains if the church comes with a graveyard — it involves liaising with remaining relatives of the deceased, too.

Many people without the experience and time choose instead to buy an already converted version.

Even here there will be challenges, especially if you wish to customise an already-converted property to suit your family’s needs. 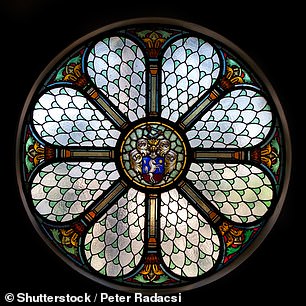 ‘There are wonderful conversions out there, but they are a bit like barns — you have one big cavernous space that’s hard to create bedrooms without carving up the character of the original, and if you put in floors, for example, you often end up losing the big window which is the main feature,’ says Robin Gould, director of the buying agency Prime Purchase.

Once you’ve moved in there will be other practical issues.

One is furniture — the nooks, crannies and curved walls of some churches do not always lend themselves to conventional family furniture.

Another is energy costs, according to Jess Simpson, who runs Oxfordshire-based Jess Simpson Property Search.

She says: ‘Modern methods of heating and insulation may not be possible due to preservation of interior features. And church garden space is usually limited. You may even be living next to a graveyard.’

Yet such obstacles are clearly not off-putting to many buyers. Estate agents routinely say that churches are now British buyers’ favourite conversion — more popular even than barns.

On the market… holy homes