HETHERINGTON: I made a will but the lawyer holding it has disappeared 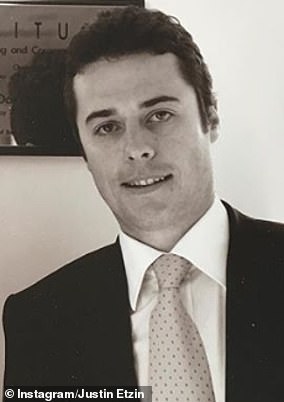 The Insolvency Service has slapped a six-year directorship ban on what must be one of the most colourful characters it has investigated for a long time.

Justin Etzin featured regularly in gossip columns in the 1990s, when the public school-educated whizz-kid, barely out of his teens himself, organised controversial nightclub events for even younger schoolchildren from well-off families. Guests at his bashes included the then teenage Prince William and Tony Blair’s son Euan.

In 1999, I warned that Etzin was behind a guide that was charging hundreds of pounds to pubs and other venues for advertisements on where to celebrate the end of the 20th Century. Advertisers were promised that the guide would have more than 1,000 pages and that half a million copies would be distributed free of charge.

If it ever appeared, I must have been one of the unlucky ones who failed to see a copy. At the time, Etzin was 23 years old and had already been a director of 19 companies, of which seven had been dissolved.

Two years later in 2001, I warned against Etzin again, this time over allegations that he was behind a scheme to smuggle duty free cigarettes into the country. Customers paid up front for cartons of cigarettes to be sent through the post from Europe. Many were simply seized and burnt by Customs officers. By then, as well as failed companies, Etzin had notched up at least five court judgments for personal debts.

And then Etzin pretty much dropped out of sight, emerging – bizarrely – as an international diplomat a decade later, when he was appointed Seychelles Consul General in Los Angeles. In 2012, he held the same position in New York as well as being accredited to represent the Seychelles, where he was born, at the United Nations.

Etzin says his role in New York ended in 2019, but he is remembered in the Big Apple for complaints that he leased apartments, only to sublet them on Airbnb to tourists and party throwers.

Curiously, Etzin’s Facebook page threatens the governments of the US and Canada: ‘You are hereby notified that you are strictly prohibited from disclosing, copying, distributing, disseminating, or taking any other action against me with regard to this profile and the contents herein.’ Although the Facebook page is public, Etzin says the contents are ‘private and legally privileged and confidential’.

The British directorship ban on Etzin came into force last Wednesday and follows an investigation into his company Resolution Real Estate Limited. In 2016, police recorded a number of incidents of violent crime and disorder at Altitude 360, a club at Millbank Tower in London. The company was the licence holder, and the man behind the company was Etzin, even though he lived in New York.

The company collapsed in 2018, and enquiries by the Insolvency Service have found that Etzin failed to keep financial records. The business did not even have its own bank account, and £300,000 had disappeared into an account in Switzerland. It failed to pay its landlord, resulting in a court order against it for £941,301, plus interest of £138,000 and costs of £250,000.

Etzin is now banned until March 2028 from forming any UK company, or promoting it, or acting as a director. He remains the boss of businesses in the Seychelles though.