Hotel Chocolat is revamping its stores with more space, free samples and cafes alongside its sweet treats.

Founder and chief executive Angus Thirlwell said it is building ‘the store of the future’ as experiences are added to its line-up of delights.

The firm is also doubling down on the success of its at-home hot chocolate maker, the Velvetiser, by offering samples in shops. 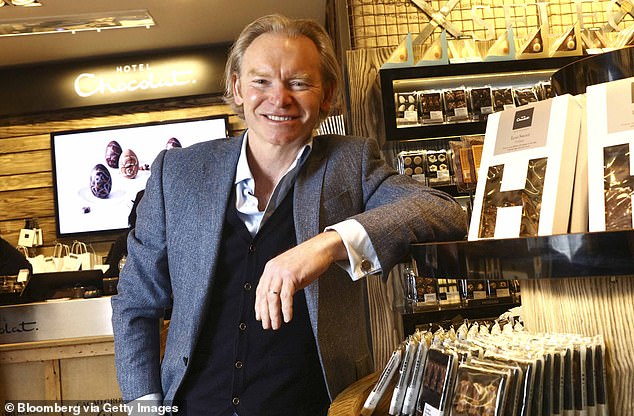 Choc boss: Hotel Chocolat founder and chief executive Angus Thirlwell said it is building ‘the store of the future’ as experiences are added to its line-up of delights

It has 127 stores in the UK, and has opened 50 cafes across its sites in the last six months.

Thirlwell said that chocolate boxes are still the ‘cornerstone’ of its business but the company is increasingly focused on bigger stores and sales of the Velvetiser.

It reported £101.9million sales in the six months to December 26, up 40 per cent from a year earlier partly thanks to a bumper Christmas.

Profit also jumped 56 per cent from last year to £24.1million. It put up prices to combat inflation but its UK customer base still rose 38 per cent to 2.3million.

Thirlwell said it was the best set of results he has reported since founding the business in 1993.