There were no signs of house price hikes slowing down in January, according to fresh findings from the Royal Institution of Chartered Surveyors.

On a regional level, the most significant growth reported in property prices was focused in the North West and South East of England.

But the survey, which polls property surveyors across the country, found that everywhere in the UK is expected to see a further jump in prices in the year ahead. 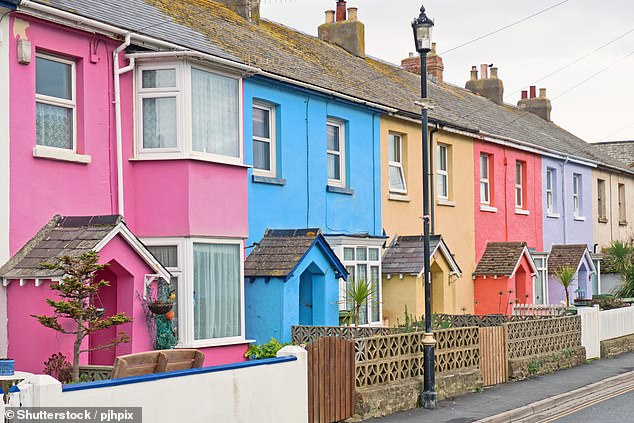 One direction: There were no signs of house price hikes letting up in January, the Rics said

Estate agents saw demand from buyers rise further over the past month, the findings also suggested.

Last month, enquiries from prospective buyers reached their highest level since the height of the stamp duty holiday period in May 2021.

However, the survey results do not reflect any shifts in activity or sentiment since the Bank of England’s decision last week to hike interest rates to 0.5 per cent.

The lack of homes coming to the market remains a problem, with more Rics member estate agents saying they saw a dip in instructions from new sellers in January.

But, the Rics added: ‘More market appraisals were reported by a net balance of +3 per cent of those responding to the survey, the first time it has been above zero since June 2021.’

Mark Wood, head of land acquisitions at Blues Property in Cambridge, said: ‘There’s a lack of stock in all price ranges, although more appraisals will hopefully see more [homes] coming to market as is usual after the Christmas period.’ 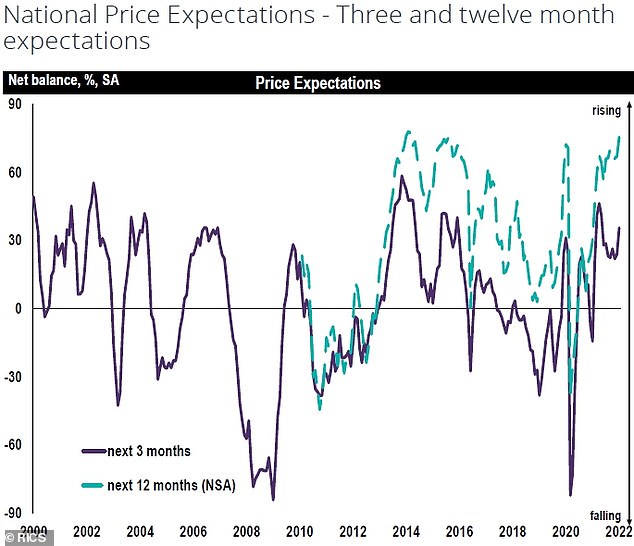 Predictions: Experts at the Rics think property prices will continue to rise this year 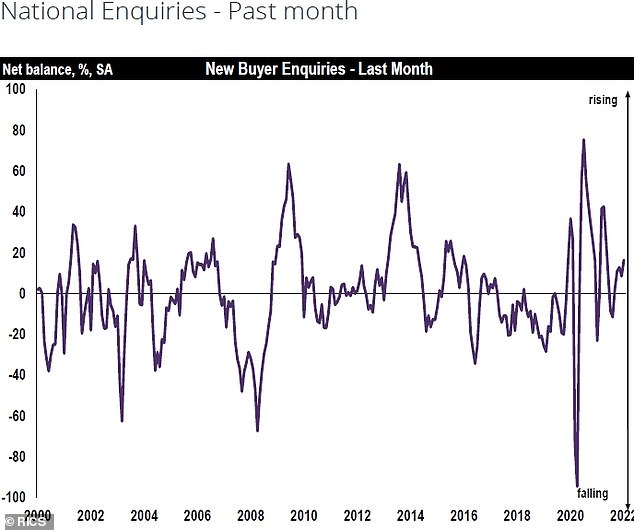 Rising: The number of enquiries from prospective buyers looking for a home has increased

The average time it takes to finalise a sale from listing to completion has dropped to an average of sixteen weeks, down from seventeen weeks in September 2021 and representing the lowest since December 2019.

Sales volumes also appear to have remained steady in January, according to the Rics.

A growing number of estate agents think sales numbers will rise over the next tree months, and the number of insiders in the sector who think this is the case has reached a 10-month high.

Many also think levels will continue rising over the next year.

Simon Rubinsohn, chief economist at the Rics, said: ‘The increase in new market appraisals is an encouraging signal that more supply may be funnelled onto the market over the coming months, but it remains to be seen whether any uplift in this area is sufficient to match the resilient trend in demand.

‘That said, there is an inevitable question mark over the impact of rising interest rates allied to the jump in the cost of living on homebuyer sentiment.

‘Notwithstanding these developing themes, for the time being the outlook for both prices and rents remains a little worrisome with the twelve-month RICS indicators for both at, or near, series highs.

‘Moreover, this pattern is also being reflected in the metrics designed to capture the trends looking slightly further out.’

Interest rates on the up amid cost of living crisis

Last week, top brass at the Bank of England voted to hike interest rates up to 0.5 per cent.

According to calculations from trade association UK Finance, Thursday’s rate increase will add around £26 per month onto a typical tracker mortgage customer’s repayments.

This week, Halifax posted data indicating that house prices have rocketed £24,500 in a year to hit a new record average high of £276,759.

But Halifax’s experts think the mounting cost of living crisis and higher interest rates could dampen the housing market as the year rolls on.

Russell Galley, managing director at Halifax, expects house price growth to slow ‘considerably’ in the year ahead because of the cost of living crisis.

‘This situation is expected to become more acute in the short-term as household budgets face even greater pressure from an increase in the cost of living, and rises in interest rates begin to feed through to mortgage rates.

‘While the limited supply of new housing stock to the market will continue to provide some support to house prices, it remains likely that the rate of house price growth will slow considerably over the next year.’

However, most experts do not believe house price growth will drop off a cliff this year, even though it may slow down. 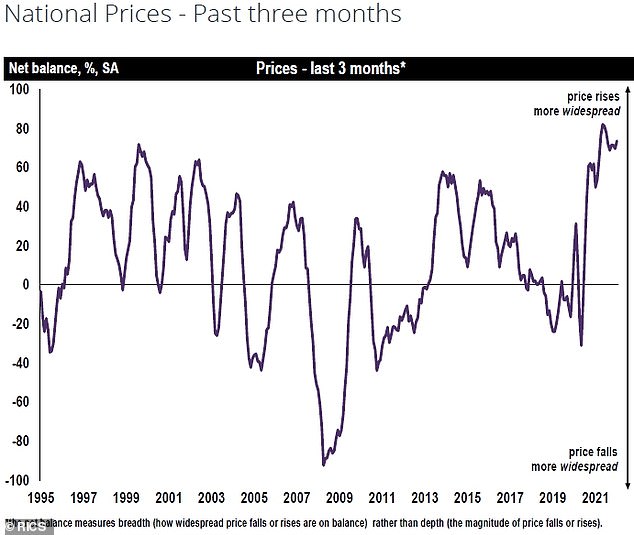 Shifts: Property prices are on an upward trajectory, the Rics said today

Demand from tenants in the rental market also continued to rise last month, according to the Rics. The proportion of experts who saw tenant demand grow reached the highest level since 1999 last month, but instructions from would-be landlords have dropped.

The Rics said: ‘Given this ongoing mismatch between tenant demand and property supply, a net balance of +59 per cent respondents said they expect rents to increase over the next three months, an increase on +54 per cent taking this view beforehand.

‘Over the course of next year, rental prices are expected to rise by around 4 per cent on average across the UK.’