When buy now, pay later first arrived in Britain, it was popular with online shoppers as a way of spreading the cost of a new outfit.

But the controversial lenders are now touting their credit for everything from food to travel — and critics fear this easy credit will drag struggling households into debt as the nation faces a cost-of-living crisis with prices, taxes and bills all rising. 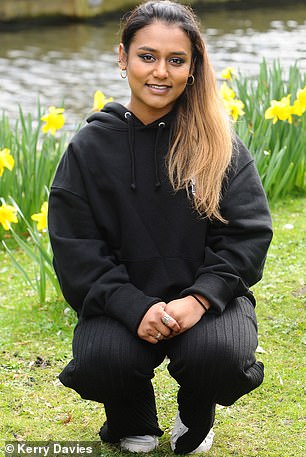 One spender in 12 is using buy now, pay later (BNPL) schemes to shop for everyday essentials such as food and toiletries, the charity Citizens Advice found.

Yet even though the Financial Conduct Authority (FCA) declared an ‘urgent need’ for such lenders to be regulated more than a year ago, campaigners are still waiting.

Yesterday, NatWest became the first High Street bank to announce its intention to launch a BNPL scheme for customers.

Under NatWest’s plans, shoppers will be able to split the cost of purchases into several repayments with most retailers that accept Mastercard.

However, unlike most BNPL credit, the bank’s scheme will be regulated by the FCA, so borrowers will be able to go to the Financial Ombudsman with complaints.

A Money Mail investigation today reveals that the credit can now be used to buy everything from everyday essentials to expensive holidays.

BNPL lets shoppers stagger payments for goods with no interest or charges —unless they fail to pay back on time, at which point some firms impose late fees.

It is based on the previous concept of hire purchase — lending which allowed customers to purchase high-value goods such as furniture which they could not afford to buy outright.

Stella Creasy, Labour MP for Walthamstow, who has long called for urgent regulation of the sector, says: ‘These companies are getting a free pass to explode into every corner of people’s lives.’

Swedish giant Klarna, the biggest BNPL lender, with 16 million UK customers, has now launched a contactless card for shoppers to use in any store that accepts Visa payments. The Klarna Card allows customers to postpone payments for 30 days.

In theory, spenders could use the cheap credit to buy alcohol and tobacco. 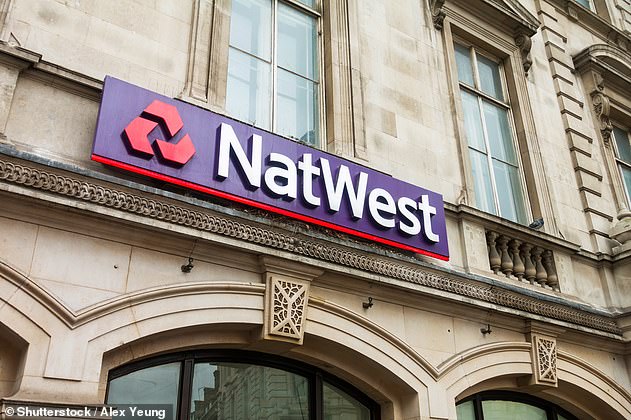 Easy money: NatWest has become the first High Street bank to announce its intention to launch a BNPL scheme for customers

A queue of 400,000 borrowers were on a waiting list for a card in January, and tens of thousands have been issued so far.

Cardholders are charged no interest or late fees but if they fall behind on repayments, debts can be passed on to a collection agency.

‘Our concern is that people are continuing to access these schemes who may not be able to repay farther down the line.’

BNPL lenders argue that their credit is a cheaper alternative to credit cards, but the lack of regulation means borrowers cannot go to the Financial Ombudsman to complain if something goes wrong.

And unlike credit card holders, they will not be entitled to claim a refund through Section 75 of the Consumer Credit Act.

It also won’t be long before BNPL borrowing starts affecting credit scores, as agencies are preparing to start including it on customer files later this year.

However, this does mean that shoppers can borrow from more than one BNPL lender at once. Data from Barclays shows six in ten BNPL borrowers aged between 18 and 24 are repaying at least three lenders.

Sarah Coles, personal finance expert at Hargreaves Lansdown, says: ‘The real problem with buy now, pay later is that people often don’t view it as a form of debt. Instead, they see it as budgeting by spreading costs over a longer time.’ 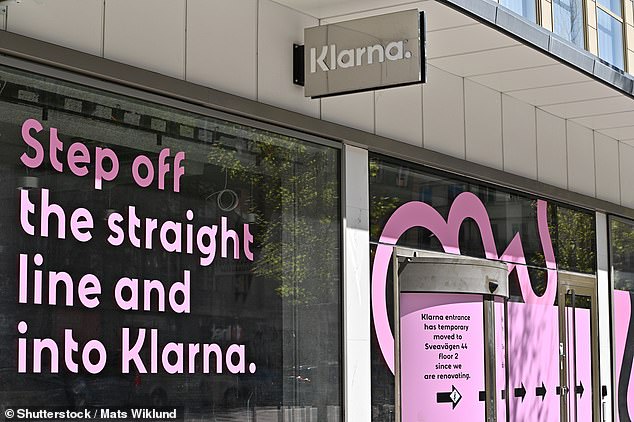 Plastic: Swedish giant Klarna, the biggest BNPL lender, with 16 million UK customers, has now launched a contactless card for shoppers to use in any store that accepts Visa payments

Flava markets itself as a BNPL online supermarket. The site, which charges no late fees, offers first-time customers £100 in interest-free credit to spend on their groceries, which can be paid back over four weeks.

But loyal shoppers who keep up their repayments will be offered more credit — up £160.

London-based lender Zilch also allows shoppers to split payments over six weeks for a wide range of retailers, including supermarkets and takeaway restaurants. Interest and fee-free credit offered by the lender at eligible stores is currently unregulated by the FCA.

No fees are charged on late repayments and, like most other BNPL lenders, it does not report any customer to credit agencies.

Coach company National Express has partnered with Clearpay to allow passengers to spread the cost of tickets over six weeks.

And travel sites Expedia and Hotels.com give holidaymakers the chance to split the cost of their holiday over three months with Klarna: for example, a night in a Manhattan hotel would cost £192.50 on Expedia, or £64.17 over three instalments.

London-based site Butter markets itself as a BNPL travel agency, allowing customers to split the cost of flights and hotels over ten months. However, it is FCA-regulated and its customers have access to the Financial Ombudsman.

Student Synthia Gazi, 22, of Enfield, North London, says BNPL services tempted her to overspend. She first used them for clothes but at one point was making repayments for up to eight orders.

‘You don’t think about the repayments in the months to come,’ she says, ‘and the costs stack up so quickly.’

Alex Marsh, of Klarna UK, says its ‘strict eligibility checks’ ensure it only lends to those who can repay. A Clearpay spokesman says its ‘inbuilt protections’ ensure customers don’t fall into ‘a revolving debt trap’.

Zilch maintains that its data shows customers use the service to manage their money, spending and cashflow ‘responsibly over time’, while a Flava spokesman adds that 53 per cent of its orders come from repeat customers, and that its prices are ‘effectively’ fixed by the wholesaler it uses.