The former boss of Barclays lobbied to keep Jeffrey Epstein as a client in his previous role at JP Morgan – even after the financier was convicted in 2008 of child sex offences, it has been reported.

Jes Staley, who resigned from Barclays amid a row over his relationship with Epstein, spent more than 30 years at JP Morgan before leaving in 2013.

While in charge of the Wall Street bank’s wealth management division, he developed ties with Epstein. 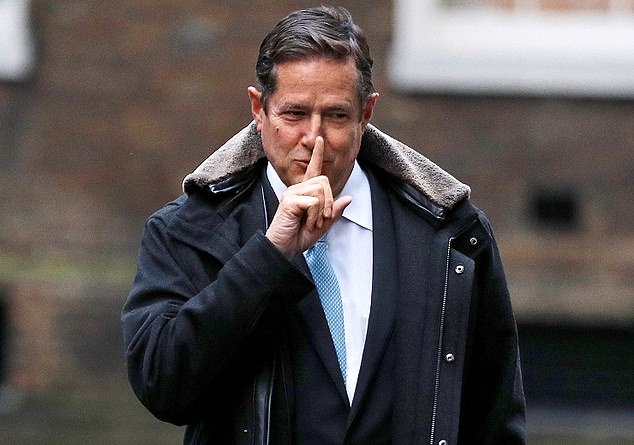 Jes Staley, who resigned from Barclays amid a row over his relationship with convicted pedophile Jeffrey Epstein, spent more than 30 years at JP Morgan before leaving in 2013

Following Epstein’s conviction, Staley stuck up for him in discussions as to whether JP Morgan should ditch his custom, despite his 13-month hail term, saying the sex offender had served his time and paid his debt to society, sources told The Financial Times.

JP Morgan eventually booted out Epstein as a client in 2013. It declined to comment, as did a spokesman for Staley.

If the US banker did back Epstein it would provide another hint at the relationship between the two, which eventually prompted Staley’s exit from Barclays after six years as chief executive.

Staley was being probed by the Financial Conduct Authority (FCA) as to whether he properly characterised his relationship with Epstein to Barclays.

The FCA examined 1,200 emails between the pair and, after it showed its preliminary report to Barclays, Staley quit last year, saying he wished to challenge its findings.