Households facing hike in water bills of more than 10%, adding to the misery of soaring energy and fuel costs – here’s how to save water

Millions of households are facing a hike in water bills of more than 10 per cent from next month – adding to the misery of soaring energy and fuel costs. Critics believe suppliers are taking advantage of rising prices in the wider economy to push through increases from April 1. This is despite raking in millions of pounds a year in profits.

Combined water and sewerage bills for 2.7million customers of Northumbrian Water are rising by 10.8 per cent next month. The company supplies the North East as well as parts of Essex and Suffolk and made profits of £84million in the year to April last year.

Severn Trent is raising bills by an average of £26 a year for its 4.3million customers despite raking in eye-watering profits last year of £290million. 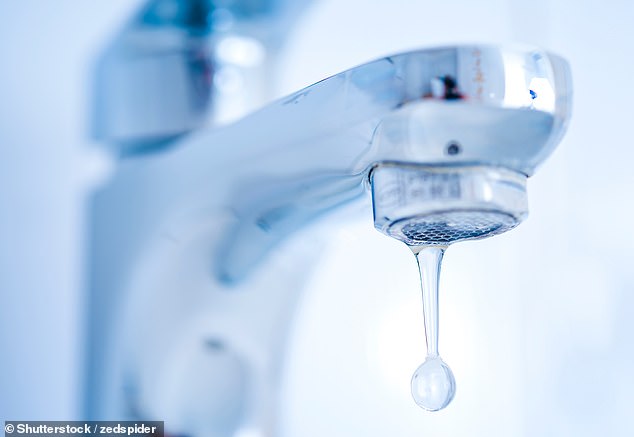 Increase: Customers across England and Wales will now pay on average £419 a year from next month – up at least £7 on the previous year

Water and sewerage bills have doubled in the past 15 years. Customers across England and Wales will now pay on average £419 a year from next month – up at least £7 on the previous year.

Jack Yates, a spokesman for campaign group We Own It, says: ‘It is wrong that suppliers effectively run monopoly businesses. We have no choice but to use them and pay their bills. They exploit us with a natural resource that falls from the sky for free. These greedy firms would charge us for the air that we breathe if they could get away with it.’

He adds: ‘There is no reason why charges should be going up. It smacks of bare-faced opportunism in the wake of price hikes across other utilities. Russia does not supply the water that flows from our taps.’

Most suppliers charge separately for supplying tap water and taking away waste. For example, Thames Water is increasing the cost of unmetered water supplied to homes by 4.1 per cent, but the cost for the disposal of metered sewage is going up by 2.1 per cent. Overall, this means a rise of 3.8 per cent for those who do not have a water meter – 3.1 per cent for those with one.

Despite Thames Water generating more revenue last year from customers than any other rival – £2.1billion – it still reported losses of £241million. A key reason for this is that it was ordered to improve its infrastructure after the quality of water it provided was found to be among the worst in Britain. It was also caught dumping tons of raw sewage illegally into rivers and the sea.

Three years ago, regulator Ofwat said water companies in England and Wales should cut bills in real terms from April 2020 for five years. This followed Government concerns that suppliers were profiting too much from customers. So far the suppliers have failed to deliver on this demand.

David Black, interim chief executive of Ofwat, says: ‘This is not just about bills. Companies need to demonstrate that they care for our environment.’

Andy White, policy manager at the Consumer Council for Water, says: ‘Even the slightest increase in water bills piles pressure on struggling households. But there are substantial savings that households can make – such as using a water meter and taking shorter showers.’

‘Low-income customers might also be eligible for reduced bills through water company social tariffs or schemes such as WaterSure.’

To check if you are eligible, contact your water supplier.

Households with fewer occupants than bedrooms are usually better off with a meter, while those with a large family should steer clear. The Consumer Council for Water provides a calculator on its website that can help you work out the best option for your home.

Water firms are now forcing millions of homes to have a meter installed – threatening them with higher bills if they refuse. About 60 per cent of homes have a meter, but critics point out that if everyone had one, it would not stop suppliers from raising charges.

More than 20,000 gallons of rainwater fall on the average house roof a year that could be harvested. Homeowners could install a 50-gallon water butt to catch rainwater from guttering for watering plants. An underground 2,000-gallon plastic tank costs £1,000 to install, but it provides enough water for all gardening needs.

The average person uses 30 gallons of water a day. A bath typically uses 22 gallons while a shower with a £20 water-efficient shower head uses just seven. A two-gallon toilet flush can be almost halved by putting a water-saving weight in the cistern, such as a £2 Hippo Water Saver.

Most homes pay a surface water drainage charge averaging £25 a year. But if your rain water just drains into the earth you might not have to pay this – so contact your water supplier and demand the fee is taken off your bill. Households not on the mains sewage system and reliant on waste to accumulate in a septic tank should not have to pay for it to be taken away.