Inheritance tax: It is no longer a tax for the wealthy


‘No longer a tax for the wealthy’: HMRC brings in extra £700m in inheritance tax receipts as property prices surge


The Government saw a £700million spike in inheritance tax receipts between April 2021 and January 2022, with the rise being attributed to rampant property price inflation.

New HMRC data shows that £5billion was collected during that period, a £700million – or 14 per cent – increase compared to the same period a year earlier.

Experts also warned that IHT was no longer just a tax on ‘wealthy individuals’ and that, thanks to the threshold being frozen, many more people could find themselves with a hefty bill if they receive property or other assets from someone who has died. 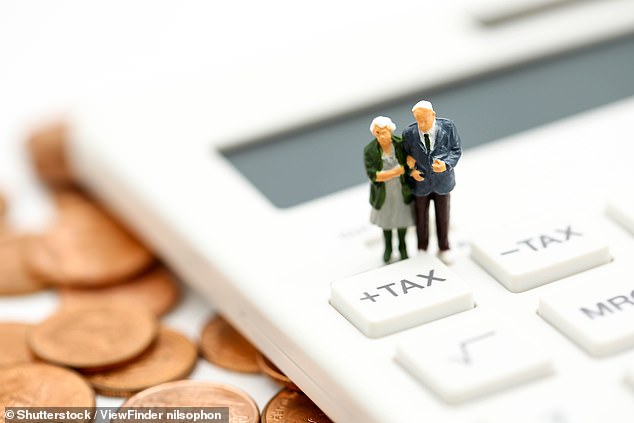 Inheritance: Rising property prices in the last 18 months meant that those who were left a home by someone who had died were potentially subject to higher taxes

‘IHT was once viewed as a tax on wealthier individuals, but the reality is that the average UK property is only £50,288 short of the standard nil-rate band.

‘With the NRB frozen until 2026 and house prices still on the up, many more people could face a hefty IHT bill.’

The average property price was £275,000 in December – £27,000 higher than in the same month a year earlier, according to latest figures from the Land Registry.

The nil-rate band under which estates are not liable for the IHT usually rises with inflation, but in the 2021 Budget it was frozen at £325,000 until at least April 2026.

This means that, while property prices are rising rapidly, the value of property or assets someone can pass on after they have died tax-free will not.

Inheritance tax is charged at 40 per cent on assets passed on after a person’s death.

This could include their home, savings or investments, for example.

Everyone can leave up to £325,000 in cash or assets tax-free, and they also get an additional £175,000 allowance on their home if they are leaving it to their children. 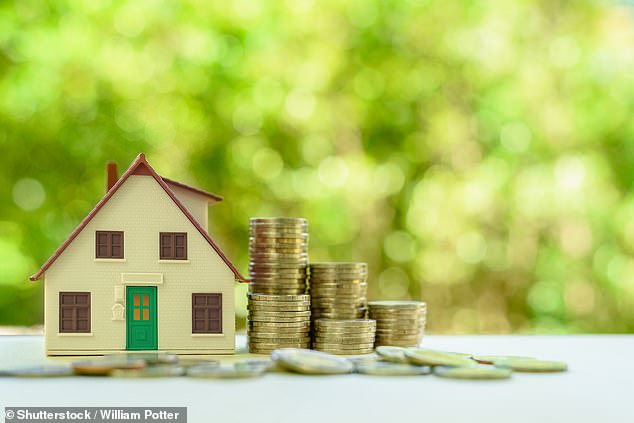 Inheritance tax is payable when someone passes on an asset such as their home. It currently kicks in when that individual has gifted cash or assets worth £325,000 or more

All of the above is effectively doubled when combined with the allowance of a spouse or civil partner, meaning it is possible to pass on £1million tax-free as a couple.

Experts said that Chancellor Rishi Sunak may decide to make changes to the IHT rules at his next Budget, thought it is not yet known when that will take place.

Julia Rosenbloom, tax partner at financial services firm Smith & Williamson, said: ‘The Chancellor’s next Budget could bring in changes to personal taxes that may affect the feasibility of families passing wealth to the next generation and, accordingly, the level of IHT payable.

‘It’s important for families to think carefully about their tax planning and take professional advice to ensure they use their current allowances before any possible changes are introduced.

‘Even if no direct changes are made to IHT in the next Budget, many families can still expect to see increased IHT bills in the coming years given both the nil rate band and residence nil rate band have been frozen until at least April 2026.

‘This is bringing more estates into scope on the back of rising property values in particular.’ 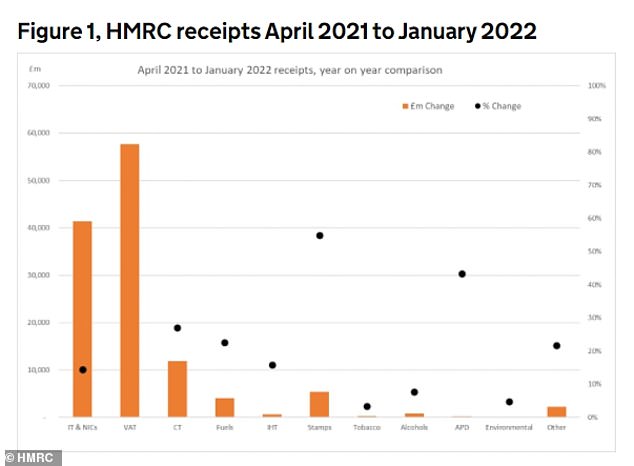 Increase: HMRC took 14% more in inheritance tax between April 2021 and January 2022 than in the same period the previous year

Recent research from insurer NFU Mutual found that just 18 per cent of people in Britain think it IHT is fair.

More than half (57 per cent) thought it was unfair, while a quarter of people did not know.