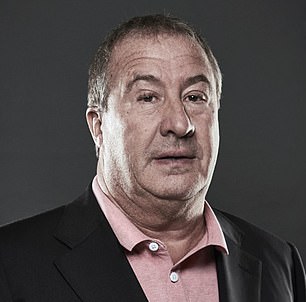 The Competition regulator has handed its second biggest fine to JD Sports and Footasylum over secret contacts between bosses that broke merger rules.

The Competition and Markets Authority (CMA) fined them £4.7million over two meetings between Footasylum chief executive Barry Bown and JD chief executive Peter Cowgill. The CMA said they shared ‘commercially sensitive information’ despite being barred from doing so while it investigated JD’s takeover of its smaller rival.

It said both bosses failed to recall key details, some phone records had been deleted and there were ‘no notes’ or agendas. One meeting was captured on video, showing Bown and Cowgill in a car park near Bury in July.  JD blasted the film, saying it was done by a competitor.

The other contact was a phone call in August. JD’s 2019 takeover of Footasylum has been scrapped after the watchdog ruled that it could lead to a substantial reduction in competition.

It would have meant JD, with 405 stores in the UK, picked up Footasylum’s 65 UK stores. The watchdog in November ordered JD to sell Footasylum in a decision Cowgill said ‘defies logic’.

And the CMA yesterday ordered JD to pay £4.3million and Footasylum £380,000 over the breaches.

JD said it does not believe the fine was ‘fair’ and that the company had acted ‘in good faith’ in trying to follow the rules.