JEFF PRESTRIDGE: Safe Hands must live up to its name on funerals


JEFF PRESTRIDGE: Safe Hands must live up to its name and ensure that the funerals it has guaranteed to fund in the future will be honoured


I do trust that funeral plan provider Safe Hands is true to its word and ensures that the funerals it has guaranteed to fund in the future will be honoured.

Over the past seven days, scores of readers have contacted me, concerned that the terms of their Safe Hands funeral plan will not be met.

This follows the company’s decision to withdraw its application to be authorised as a funeral plan provider when new rules kick in at the end of July. Without authorisation from the Financial Conduct Authority, it can’t trade. 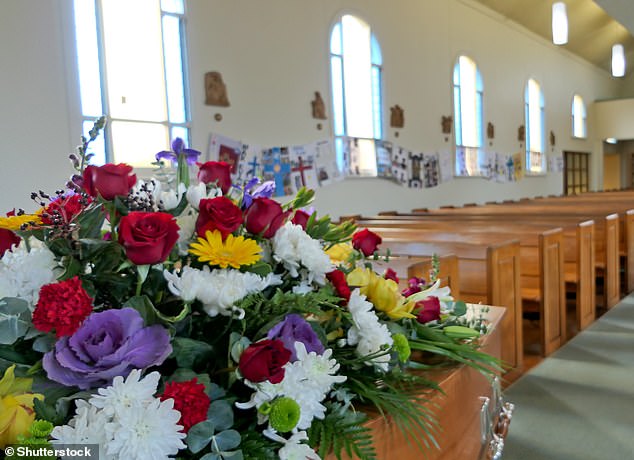 Worry: Scores of readers are concerned that the terms of their Safe Hands funeral plan will not be met

Although The Mail on Sunday – alone among newspapers – managed to extract a comment from Safe Hands stating it was now looking for a home for its book of plans (a rival provider that intends to be authorised), the company is not covering itself in glory.

First, it is charging customers £395 if they want to cancel their plans. This is unacceptable – the fee should be waived for those who understandably want out.

Secondly, it should make available on its website details of the trust fund into which customers’ payments are made – and from which funds are released to pay for the funerals promised.

It’s what rivals such as Golden Charter do: it publishes an annual report on the financial heath of its trust fund, available at goldenchartertrust.co.uk.

Safe Hands should follow suit, thereby enabling its customers to decide for themselves whether they want to stick or run for the proverbial hills.

New rules designed to ensure loyal motor and household insurance customers are no longer being ripped off do not appear to be working – as we have highlighted in recent weeks.

Despite assurances from the FCA that loyal customers would save £4billion in premiums over the next ten years as a result of its market intervention, all the evidence suggests otherwise.

Rarely a day goes by without a dozen readers – many of them elderly – contacting me to complain that their loyalty has been ‘rewarded’, not with a premium reduction at renewal, but a hike without rhyme or reason.

Reader Ken Fox is among those to have vented his spleen. His car insurance with Saga was due to renew a week ago and he was asked to pay 60 per cent more than last year (£637.57 instead of £399.37).

No convictions, endorsements or claims. Furthermore, he only drives around 6,000 miles a year – he’s a proud 76-year-old.

‘The new rules are either not working,’ says Ken, ‘or they don’t apply to Saga.

‘My experience reinforces the need to shop around at renewal, rather than expect to be treated fairly by your existing insurer.’

For the record, Ken has now obtained identical cover from General Accident for £427.

Although the FCA’s new rules should ensure loyal customers are offered cover at renewal no more expensive than a new customer would pay, all they seem to have done is unleash a wave of frightening premium increases on the likes of Ken – those who can least afford them.

Four billion pounds of savings? The FCA is living in cloud cuckoo land. Let’s cut to the chase. Insurers are still milking loyal customers. Beware – and as Ken says, shop around.

Hats off to Coventry

Finally, hats off to Coventry Building Society. As a result of our brilliant Give Savers A Rate Rise campaign – see more opposite – and the criticism we levelled at the mutual for the paltry 0.01 per cent interest it was offering Instant Access customers, it has responded in positive fashion.

Customers will now be able to make cash or cheque withdrawals from the account at any of the society’s branches. Previously, this wasn’t possible.

On Friday, the society said it would be getting in touch with its Instant Access customers, pointing out that Easy Access Saver is likely to be a better option for them.

‘It’s never easy being criticised,’ it added. ‘But we thought you [The Mail on Sunday] were right with regard to Instant Access.’

harrry
Previous article
Storm damage? Vet tradesmen before employing them to do any work
Next article
Apple is reportedly working on a device with a 20-inch folding display