KPMG has been penalised once again – this time for botching the audit of Revolution Bars.

The Big Four accountancy business was fined £1.25million and hit with a severe reprimand for failing to spot problems with the accounts of the cocktail chain.

It was the latest in a litany of penalties for KPMG which has been fined more than £34million in the past four years for shoddy work. 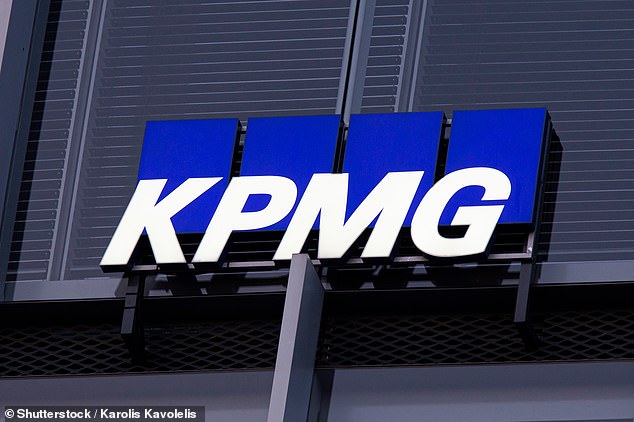 Big Four accountant KPMG was fined £1.25m and hit with a severe reprimand for failing to spot problems with the accounts of the cocktail chai

In January it was fined £3million for failures during its audit of Bargain Booze-owner Conviviality and last year it received a penalty of £13million for misconduct relating to the sale of bed company Silentnight.

In the case of Revolution Bars, the Financial Reporting Council (FRC) said the auditors missed errors in the accounts in three different areas.

There were ‘various misstatements which had to be corrected’, the FRC said, some of which had a material impact on the financial statements.

The problems date back to the company’s financial results ending in 2015 and 2016.

KPMG was hit with a £1.25million fine, the FRC said, but this had been reduced to £875,000 because the firm admitted the problems.

Michael Neil Frankish, who acted for KPMG in the process, was slapped with a £50,000 penalty, but that was reduced to £35,000 for the same reasons.

‘KPMG’s failings in this case persisted for two years and across multiple areas,’ said Jamie Symington, deputy executive counsel to the FRC.

‘They included complex supplier arrangements which the FRC had previously identified as an area of regulatory focus, albeit that in this case their impact on the financial statements was minor.

‘The audit client was a newly listed and relatively small company, but the breaches were nevertheless serious, including lack of professional scepticism.

‘The FRC has required KPMG and Mr Frankish to take action to mitigate or prevent breaches recurring.

‘The package of financial and non-financial sanctions should help to improve the quality of future audits.’

The regulator found that while the problems were ‘serious breaches’, they ‘were not intentional, dishonest, deliberate or reckless’.

A KPMG spokesman said: ‘We regret that aspects of our 2015 and 2016 audits of Revolution Bars Group Plc fell short of required standards.

‘Our firm is committed to dealing with, and learning from, our historic cases. We have fully cooperated with the FRC throughout their investigation.

‘We continue to invest significantly in our business, taking action to address the FRC’s findings and have made significant improvements to our audit procedures through our Audit Quality Transformation Programme, including in respect of supplier rebates, share based payments and deferred tax.’