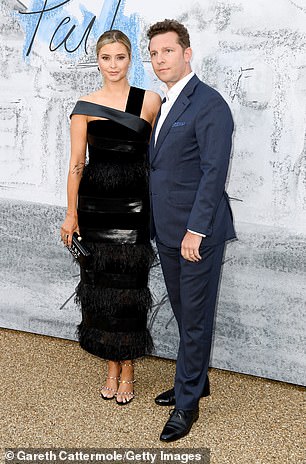 The pandemic has battered the fortunes of some of Britain’s wealthiest tycoons – but life looks sweet again for Nick Candy as a bidding war for a podcast firm he backs gathered steam this weekend.

The property billionaire holds a 15 per cent stake in Audioboom, which he says is ‘on steroids’ following the pandemic.

Now it has emerged that Sony Music, part of the £96billion Japanese tech giant, is also interested. Senior sources close to the deal said Sony had entered the fray. But sources at Sony distanced it from the takeover frenzy, and the Japanese giant declined to comment.

Audioboom, which listed on AIM eight years ago, has recently rocketed in value. Its shares made little progress for six years amid fears that podcasting would not take off commercially. But since late 2020, they have risen 915 per cent.

Candy, speaking to the MoS shortly after returning from a trip to the US to watch the Super Bowl, says: ‘The first few years – jeez they were challenging. But then Covid hit and it was like the business was on steroids.’

The sugar rush from Audioboom is the latest twist in the fortunes of the 49-year-old, one of the most colourful figures on the London property scene. With his brother Christian, he burst on to the London property scene in the 1990s. The pair made a £50,000 profit on their first flat in Earls Court, renovating it using a £6,000 loan from their grandmother.

Their most ambitious developments included One Hyde Park – a looming tower of lavish apartments overlooking the West London park. ‘I was developing 10,000 square foot apartments in the middle of Central London. We delivered a product never seen before,’ Candy says. ‘Would it work again today?’ he muses, leaving the question hanging. Candy is still involved in property development and is bullish on the prospects for the highend market in the capital, saying: ‘I am a big believer in London.’

The duo earned the nickname ‘the brothers bling’ as the developments made them fabulously wealthy and they began moving in celebrity circles. In 2012, Nick married singer Holly Valance in a lavish ceremony in Beverly Hills, California. The three-day celebration was reported to have cost £3million and guests included talent show host Simon Cowell and artist Tracey Emin, as well as Princesses Beatrice and Eugenie. Katy Perry was paid £1.2million to sing at the bash.

But an unseemly three-year High Court battle with Nick’s former university housemate, businessman Mark Holyoake, left the brothers bruised. The Candys won the case in 2017 after a judge dismissed all claims of extortion, blackmail, intimidation and breach of data protection legislation. But Mr Justice Nugee witheringly said: ‘None of the protagonists emerge from this trial with great credit.’

However, compensation has come from an unlikely quarter, as his stake in Audioboom – held through his Candy Ventures investment vehicle – has soared. 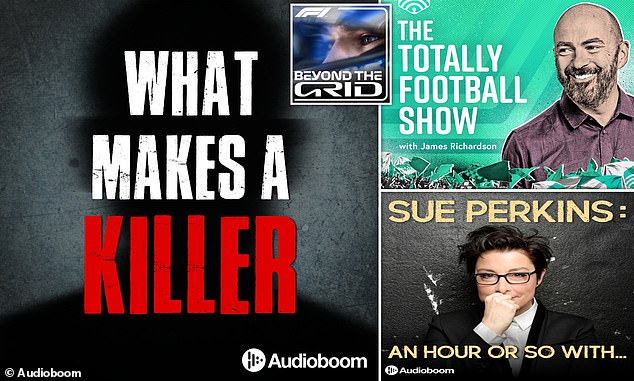 Podcasting has boomed during the pandemic as consumers hunted for entertainment. Its profile was helped by a rush of locked-down stars launching shows, including documentary maker Louis Theroux and socialite Paris Hilton. Audio boom hosts podcasts for The Spectator magazine as well as shows by former Great British Bake Off presenter Sue Perkins and football broadcaster James Richardson. It makes money by helping creators find advertisers for shows, and produces its own podcasts in London and the US, including F1: Beyond The Grid and What Makes A Killer.

Candy says tech giants and music firms like podcasts as the margins are higher than in streaming music. ‘Spotify, Amazon, Liberty – they want podcasting because they can own it rather than just take a royalty from a song. They can bring in and manage their own talent. The advertising margins are enormous, through the roof.’

Candy has 20 investments in technology companies, including virtual reality firm Blippar and Vibe Group – a ticket resale website. He is critical of attitudes to technology in the UK, arguing there is a bias against innovative firms that can take years to make a profit. He says: ‘Some of these UK start-ups are undervalued. There’s an attitude of, ‘Oh it makes no revenue, so it can’t be worth however much.’ The UK needs to resolve this to be the best in the world.’

He says there is too much emphasis on corporate governance rules, limiting founders’ rights to control voting shares in London listings. He adds: ‘In the US, Google and Facebook have different voting rights and golden shares. We make mountains of mole hills in this country.’