Lloyds Bank due to round off lenders’ full-year results


Lloyds Bank is due to round off the lenders’ full-year results on Thursday – and investors will be hoping for better news than they’ve had in a while.

Since the pandemic struck, banks have been forced to set aside billions of pounds to cover expected losses, and were banned from paying out any dividends.

Over the last year, the lenders have begun to free up that money which they earmarked for losses, as the expected wave of business failures and redundancies never emerged. 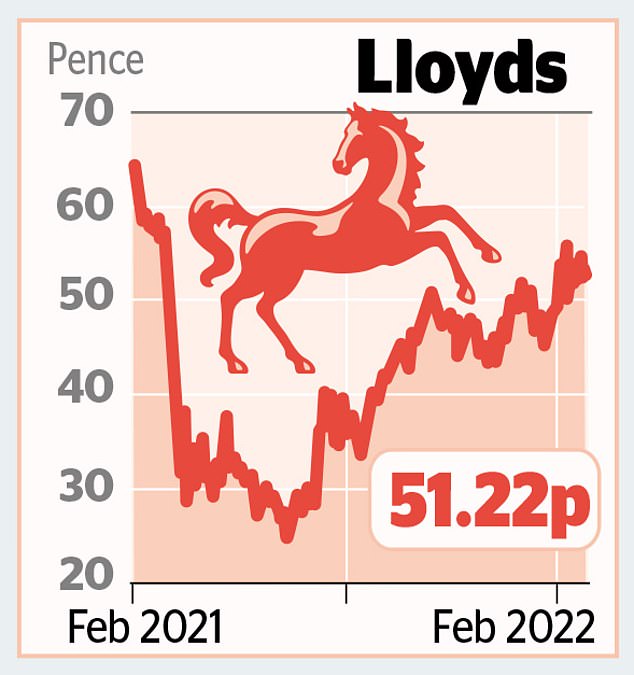 And last summer, the Bank of England scrapped its Covid curbs on dividends and share buybacks. It has set the stage for Lloyds, seen as a bellwether for the economy due to its heavy exposure to British customers, to produce a much brighter set of full-year results.

And shareholders will be hoping for some positive forecasts for the year ahead, as the Bank of England has started hiking interest rates.

Banks tend to make more money when interest rates are higher, as they can charge borrowers more without putting rates on savings accounts up by as much. This means they make a greater difference between the money they lend out and the cash they have to pay on savers’ deposits.

Sophie Lund-Yates, an analyst at Hargreaves Lansdown, said: ‘That’s especially good news for Lloyds, which relies more heavily on traditional banking than those with larger investment banking or trading arms.

‘We have reason to think these buoyant conditions could lead the group to announce new shareholder returns.’

Red-hot activity in the housing market has also helped Lloyds over the past year as the UK’s largest mortgage lender.