In a bitter blow to the City of London, the company’s owner, Masayoshi Son, said he plans to float the Cambridge firm on the technology-heavy Nasdaq exchange.

Speaking last night after the takeover by Nvidia was abandoned, Son said: ‘I believe that Arm is about to enter its golden age.  We think that the Nasdaq stock exchange in the US, which is at the centre of global high tech, would be most suitable for a listing.’ 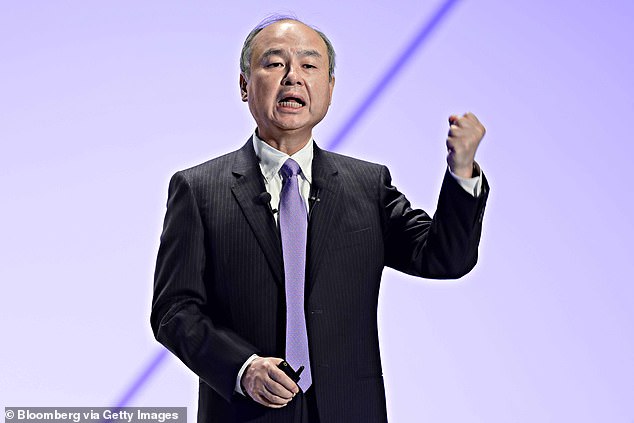 In a blow to the City, Arm’s owner, Masayoshi Son (pictured), said he plans to float the Cambridge firm on the technology-heavy Nasdaq exchange

The deal with Nvidia fell apart amid opposition from regulators around the globe over concerns that it could damage competition.

But Son, whose company, Japanese giant Softbank, bought Arm for £23billion in 2016, has come under mounting pressure to return it to the London stock market in a so-called initial public offering (IPO).

In a sign that Britain would roll out the red carpet to bring the company home, Business Secretary Kwasi Kwarteng told the Daily Mail: ‘Personally, I welcome a listing in London for Arm.’

And Arm co-founder Hermann Hauser said: ‘London is where Arm belongs, it’s a UK company. But whether London has a deep enough market to get an IPO of that size away is an issue.’ 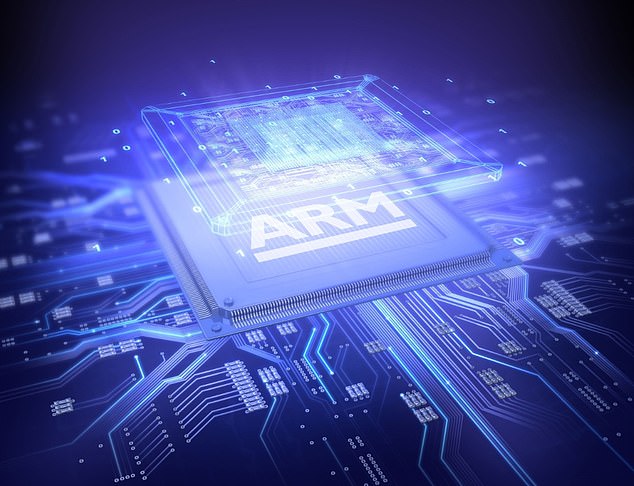 The sale of Arm Nvidia fell apart amid opposition from regulators around the globe over concerns that it could damage competition.

Others still believe there is time for Arm to be courted and urged London officials to get a move on. It is understood senior London Stock Exchange (LSE) figures have had discussions with Softbank bosses.

But executives at the Nasdaq in New York are notoriously pushy when it comes to securing companies to list on the exchange.

Russ Shaw, founder at Tech London Advocates, said: ‘The race is on with New York and the clock is ticking. If LSE officials have not held talks already then they should be on the next flight to Tokyo.’

If Arm made New York its home it would be a hammer blow for the UK. Last year Chancellor Rishi Sunak launched two reviews to make London more attractive to technology firms.

American Haas replaced Simon Segars and has spent most of the last eight years in Cambridge, where Arm is based.

He joined in 2013 and since 2017 has been president of Arm IP Products Group – arguably the firm’s most important division.

It is likely he wants to keep the company as close to its Cambridge roots as possible. But Son – the second richest man in Japan – leans towards New York.

Son chose a sale over a flotation as he believed it would be quicker. But regulators scuppered that.

He studied economics in California but his experience on the US stock markets has been mixed and he has been burnt.

In 2019 Son had tried to list one of Softbank’s major investments – WeWork – in the US. But it quickly unravelled amid growing investor concerns over its corporate governance, valuation and outlook.

Son will look for advice from Japanese bankers at Mizuho. Sources say he has not ruled out Tokyo or Hong Kong, and Arm could have a secondary listing on one of these stock exchanges.

He is said to be politically savvy and likely to listen to approaches from Business Secretary Kwasi Kwarteng, or even the Chancellor Rishi Sunak, to come to London.

Tech executives and investors have urged the Government to speed up and deepen reforms to the UK listings regime to ensure fast-growing firms come to London, given concerns that momentum could slow this year.

Last week bosses of tech groups such as Checkout, Klarna and Graphcore were invited to Downing Street to meet City minister John Glen and officials to discuss the progress made in attracting founder-led tech companies.

By the number: Arm

Recent tech floats in London have had mixed results, with Deliveroo, Moonpig and Wise among those struggling.

Susannah Streeter, analyst at Hargreaves Lansdown, said: ‘If the UK’s largest home grown tech firms shuns London for New York it will be a major blow to London’s ambitions and will pile pressure on the Government to speed up reforms.

It may be seen as a vote of no confidence for London, where newly listed tech companies have had a distinctly rocky ride over the past year.’

Softbank blamed ‘significant regulatory challenges preventing the consummation of the transaction’ with Nvidia.

The demise of the deal also brought a management shake-up at Arm, with chief executive Simon Segars replaced by Rene Haas, head of the company’s intellectual property unit.

Analysts say the deal was doomed after the Federal Trade Commission in the US stepped in over Christmas.

It followed UK Digital and Culture Secretary Nadine Dorries ordering a probe into the takeover in November.

The deal between Arm and Nvidia was unpopular from the moment it was announced in September 2020.

Within weeks regulatory bodies around the globe were probing the tie-up, worried about competition and security concerns.

Arm occupies a unique place in the tech world, providing chip designs for the likes of Google, Tesla and Amazon.

These companies use them to make their own semiconductors.

The fears were that a takeover by Nvidia, which designs and makes its own chips, would compromise Arm’s neutral status, leading to higher prices, less choice and reduced innovation in the industry.

Nvidia and Arm wanted the deal closed by next month but the deadline was never going to be met.

A source close to the deal said Nvidia chief executive Jensen Huang was increasingly frustrated by the scrutiny from regulators and concerned it was proving a distraction from Nvidia’s day-to-day business.

The regulatory proceedings were also putting a strain on relations between Huang and Arm chief executive Simon Segars.

The source added there was only ever a slim chance the deal would go through and Softbank is understood to have told bankers last month to start looking at other options, including a stock market listing.

By then the Federal Trade Commission in the US had sued to block the deal on competition grounds after heavy lobbying from some of the biggest tech players.

That came after the UK Digital and Culture Secretary, Nadine Dorries, ordered a ‘phase 2’ probe into the takeover in November. The Competition and Markets Authority was due to publish its finding in May.

Russ Shaw, founder at Tech London Advocates, said: ‘The writing was on the wall the moment the US regulator stepped in. Once the Americans got involved the deal was never going to happen.’

Similar probes were also taking place by regulators in the European Union and China. The UK’s decision to step in was in stark contrast to 2016 when the then Prime Minister Theresa May waved through the sale to Japan’s Softbank.

At the time the UK wanted to show it was open to international capital post-Brexit but under Boris Johnson the Government has been keen to protect the country’s finest national assets.

As part of this the Government introduced the National Security and Investment Act last month, allowing ministers to intervene in takeovers that raise national security concerns.

Softbank and Nvidia said yesterday that they terminated the deal ‘because of significant regulatory challenges preventing the consummation of the transaction’.

Acquire Our Services and Reach Your Destination on Time