The lowest paid NHS staff will be hit by a stealth pay cut while top-earning doctors and bosses save thousands of pounds.

The Department of Health last week approved plans to make NHS workers on less than £21,500 pay up to 1.5 per cent more of their wages into the pension scheme.

Yet those earning more than £111,000 will contribute 2 per cent less of their salary — and still receive the same generous retirement package. 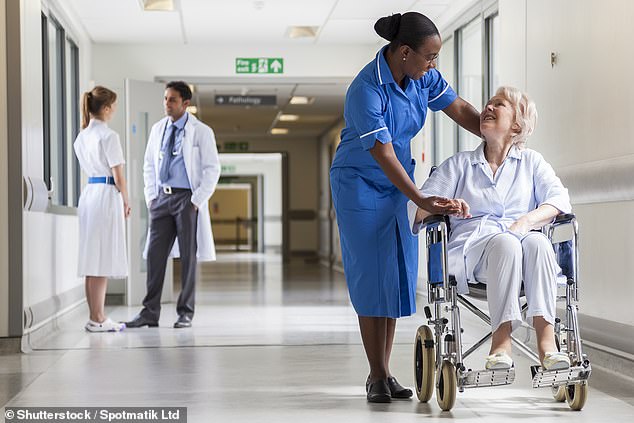 Stealth cut: The Department of Health last week approved plans to make NHS workers on less than £21,500 pay up to 1.5% more of their wages into the pension scheme

Trade unions warn the increase could be the last straw for many health workers who are already facing a hike in National Insurance and soaring energy bills.

Pension contribution rates in the NHS will change in October and again in April 2022 to ensure ‘the costs and benefits of the scheme are more evenly shared’, the Government says.

Pensions consultant John Ralfe, says: ‘It is difficult to see how the Government can justify this.’

Unison’s head of health, Sara Gorton, adds: ‘With many staff close to the age they can start claiming their pension, there’s a real danger many will leave, causing more pressure on the NHS.’

harrry
Previous articleThe financial adviser who spent her way to a debt of £30,000
Next articleMARKET REPORT: Smith & Nephew surges after boss’s shock exit