The London Stock Exchange Group (LSEG) is selling its wealth management technology platform to a pair of US private equity firms.

LSEG is offloading the business – known as Beta+ – to Motive Partners and Clearlake Capital Group for £837million.

Clearlake is also part of a group hoping to buy Chelsea after the football club’s Russian owner Roman Abramovich was sanctioned. 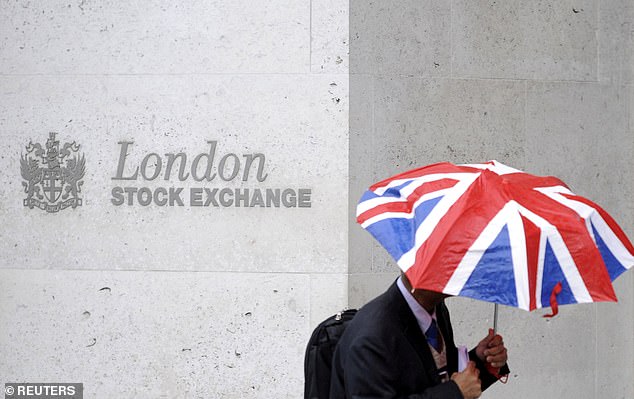 LSEG, which owns Britain’s biggest stock exchange, is attempting to pay down its debt following the acquisition of data firm Refinitiv in 2021.

Critics were worried that when LSEG bought Refinitiv in a £20billion deal, it had bitten off more than it could chew as its debt levels ballooned.

But the group said the sale of Beta+ would help it pay down debt to the middle of its target range. It also expects to return a ‘significant proportion’ of the cash from Clearlake and Motive to its shareholders.

LSEG’s Andrea Remyn Stone said selling Beta+ would allow the group to focus its wealth business ‘on meeting our customers’ needs in high growth areas’ such as data and analytics.

But the deal is yet another example of a British-owned technology firm being sold off to overseas predators.

A swathe of buyouts last year including household names such as Morrisons and G4S led to accusations of ‘pandemic plundering’, as private equity raiders spent close to £100billion snapping up 1,206 UK firms.

But Motive’s co-founder Stephen Daffron said his team planned to invest in improving Beta+, aiming to reduce costs and hold on to more clients.

The business provides services to wealth managers such as tax reporting, and the nuts and bolts of buying and holding assets for clients.

Predators including US giant the Intercontinental Exchange (ICE) are circling the London Metal Exchange.

Speculation the LME could be a takeover target came as nickel trading was halted for a fourth session in a row as the price crashed 15 per cent to $31,380, triggering the exchange’s circuit breaker.

The LME was bought by the owner of the Hong stock exchange for £1.4billion in 2012.

But Hong Kong Exchanges and Clearing have become increasingly frustrated with the LME’s performance.

ICE bid for the exchange in 2012. Sources close to the company said the group is still interested in the LME.

harrry
Previous articleWe’re not ready for BT to hang up on us just yet, says Openreach boss
Next articleSpring Budget 2022: Rishi Sunak to deliver statement as UK national debt and inflation soar