How CAN he cling on? LV boss Mark Hartigan told to quit and say sorry as merger talks end and mutual says it will thrive alone


The boss of LV was last night urged to ‘apologise and go’ after he abandoned plans to sell the insurer, and admitted it can thrive on its own.

Chief executive Mark Hartigan spent much of last year telling LV’s 1.2million members that a £530million sale to US private equity group Bain Capital was the only way for 179-year-old mutual to survive.

Members dismissed the warnings and voted the deal down in December following a campaign by the Mail to save LV from the buyout barons. 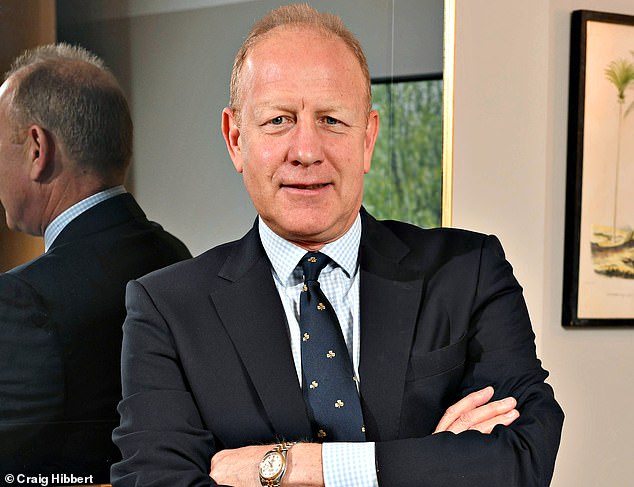 U-turn: LV chief exec Mark Hartigan (pictured) spent much of last year telling LV’s members that a £530m sale to US private equity group Bain Capital was the only way it could survive

LV then entered into talks with rival mutual Royal London about a possible alternative deal.

But, in a dramatic U-turn yesterday, discussions were called off as LV declared it was financially robust and committed to ‘continuing as an independent mutual’.

Just two months after the collapse of the Bain deal, stand-in chairman Seamus Creedon said: ‘We continue to maintain our strong capital position, are trading well and building a successful future for LV.’

The sudden change of heart – and the revelation that LV was in such rude health – raised fresh questions over Hartigan’s motives in pursuing the takeover by Bain.

While LV members were only in line for a payment of £100 each from the deal, it might have proved to be hugely lucrative for Hartigan as the boss of a private equity-owned insurer.

Even Royal London’s chief executive Barry O’Dwyer was blindsided by the change of tone, saying: ‘Our offer to preserve LV’s mutuality through a merger with Royal London was based on an understanding that LV did not have a viable future as an independent company.’

The revelation that LV was healthy enough to survive sparked fresh calls for Hartigan to apologise and resign.

Critics blasted him for ‘wasting’ as much as £43million on lawyers, advisers and spin doctors to push through the deal with Bain which could have landed him a significant pay rise.

They called for him to leave alongside outgoing chairman Alan Cook who, with Hartigan, orchestrated the Bain deal but is now stepping down.

Tory MP Kevin Hollinrake, a member of the Treasury select committee, said Hartigan and Cook have treated LV members with ‘contempt’. He said: ‘It is good that Mr Cook is on the way out and now Mr Hartigan must apologise and leave too.

‘Hard-working LV members have seen tens of millions of pounds of their money wasted by bosses chasing a deal we now know was never even needed.

They have not made it clear what, if anything, has changed in the last two months that means they can now go on as an independent business.

‘One can only conclude they were paying fast and loose with the truth for their own personal gain and taking members for fools.’

Labour MP Gareth Thomas, who is chairman of Parliament’s all party group for mutuals, said that Hartigan should ‘apologise and go’.

He said: ‘They have wasted an awful lot of members’ money chasing a deal they now admit they never needed, and it appears they misled members along the way with the repeated claim they had to sell.

‘Serious questions must be asked about what Mr Cook and Mr Hartigan were basing the claims on, or whether they were only pursuing the sale for their own financial gain.

‘The only way people can have any confidence going forward is if they bring in an entirely new board and chief executive with well-grounded roots in other mutuals.’

Peter Hunt, of mutuals lobby group Mutuo, said members should have no confidence in Hartigan or any board members who waved through the deal.

‘What are members supposed to make of all the misinformation, obfuscation and contradictions?’ he said.

‘Cook has to apologise and go immediately, as does Hartigan.’

Announcing Cook’s departure on Monday, LV indicated that Hartigan would cling on to his job, saying the board has ‘high confidence’ in his leadership.

He could even receive a bonus of £740,000 for 2021, taking his total pay to £1.26million, despite spending much of the year advocating the failed sale.

harrry
Previous articleHailey Bieber Takes Oversized to the Next Level for an LA Day Out
Next articleFashion Bombshell of the Day: Ebonne from L.A