LV’s disgraced chairman is finally leaving after his controversial plans to sell the mutual to an American private equity giant collapsed.

Alan Cook will depart next month after a purge that cost half the eight-strong board their jobs – three non-other executive directors lost their roles as well.

Critics welcomed the departure of the 68-year-old, who was one of the main drivers of the proposed demutualisation and sale of LV to American private equity giants Bain Capital for £530million. 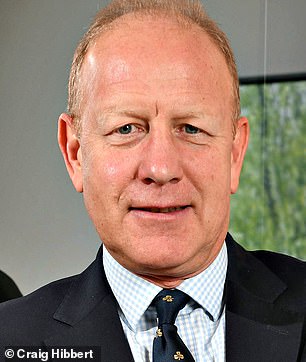 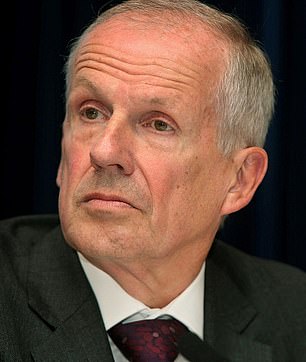 But they questioned why LV chief executive Mark Hartigan was still in his job having worked with Cook to sell the 179-year-old insurer.

The shake-up came just eight days after the Mail on Sunday revealed Cook and Hartigan have netted £100,000 since the collapse of the deal and asked: ‘Why is this failing pair still at LV?’

Kevin Hollinrake, a member of the Treasury select committee, welcomed Cook’s exit but said Hartigan’s position was ‘untenable’ and he should resign.

The Tory MP said: ‘He has been inexcusably poor. He decided on the move toward demutualisation and a sale to private equity without giving proper information to members.

LV is still in talks with fellow mutual Royal London about a merger.

The 179-year-old insurer said it shares ‘a common interest’ with its larger rival and is exploring a deal.

The announcement came after two months of limbo for LV members who voted in December to reject a £530million takeover by hedge fund Bain Capital.

A merger would see LV’s 1.2m members join 1.6m at Royal London and, crucially, retain its mutual status. This means the business is owned by its members and run for their benefit.

Royal London boss Barry O’Dwyer intervened in the proposed takeover by Bain, insisting he could offer LV members a deal that would protect their cherished mutual status.

Hartigan accused O’Dwyer of lobbing a ‘hand grenade’ into its deal.

Incoming chairman Seamus Creedon said LV ‘have had, and continue to have, discussions with Royal London.’

Royal London confirmed talks were ongoing but a deal was not certain.

‘To try to railroad through that demutualisation in various ways was simply wrong and unacceptable.’

Labour MP Gareth Thomas, who is chairman of Parliament’s all-party group for mutuals, said Hartigan could not be trusted to act in members’ best interests.

He said: ‘LV members will be glad to see the back of Mr Cook but there are still serious questions about Mr Hartigan’s future.

‘He showed a clear lack of commitment to mutual values in trying to force through his deal and I cannot see how he can stay in charge and be the honest broker members need to stand up for their interests in talks about LV’s future.’

The boardroom shake-up will also see David Barral leave his post as the senior independent director along with non-executives Alison Hutchinson and Luke Savage.

Seamus Creedon, another non-executive director, will take over as interim chairman on April 1 following Cook’s departure.

The purge came as LV revealed it is still in talks with larger rival Royal London about a merger. Peter Hunt, of mutuals lobby group Mutuo, said it was ‘excellent news’ that Cook was leaving, but that it ‘would make sense’ for Hartigan to resign while talks about LV’s future are ongoing.

But LV said the board has ‘high confidence’ in Hartigan in a sign that there are no plans in place to replace him.

Creedon, who will act as interim chairman while LV recruits Cook’s full-time replacement, said Hartigan has been doing ‘an excellent job’. He could even receive a bonus of £740,000 for 2021, taking his total pay to £1.26million, despite spending much of the year advocating for the failed sale.

Cook, who is paid £205,000 a year, faced months of criticism from members and MPs for the lack of transparency around the proposed deal with Bain. When the deal collapsed, critics called for his resignation immediately. But Cook promised only to leave when ‘a way forward is agreed.’

His past dealings were also cast back into the spotlight, including his tenure at the Post Office, when it began prosecuting sub-postmasters wrongly accused of theft.

He was managing director from 2006 to 2010, when 200 local postmasters were wrongly prosecuted.