LV chief executive Mark Hartigan under pressure to give up bonus 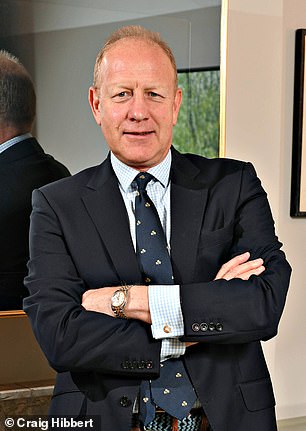 ‘Slap in the face’: Mark Hartigan blew up to £43m of members’ money

LV chief executive Mark Hartigan is under pressure to give up his bonus after his botched attempt to sell the insurer to American buyout barons.

Hartigan and departing chairman Alan Cook tried to sell the mutual to Bain Capital for £530m until members voted against it in December.

Hartigan claimed LV could not continue as a standalone company. He blew up to £43m of members’ money on lawyers, advisers and spin doctors to push the deal, which could have landed him a pay rise.

But last week the company revealed it is in good health and can thrive on its own. It ended merger talks with Royal London. This sparked calls for Hartigan to apologise and resign, and critics say ‘the very least’ he should do is give up his bonus.

LV’s ousted chairman Alan Cook is still collecting his £205,000 a year salary until he leaves at the end of March.

Of Hartigan, Tory MP Kevin Hollinrake, who sits on the Treasury select committee, said: ‘It is unfathomable to think of any other line of work in which somebody could perform so disgracefully yet be rewarded so handsomely.

‘Mark Hartigan has wasted tens of millions of pounds of members money, it beggars belief he is now in line for a bumper bonus as well.

‘If he had a shred of decency he would apologise and leave but, at a bare minimum, he must give up his bonus.’

And Labour MP Gareth Thomas, chairman of Parliament’s all-party group on mutuals, said: ‘A bonus should be a reward, whereas the only thing Mr Hartigan needs is to be shown the door.

‘If he refuses to quit, the least he can do is give up his bonus. Failing that, the company should scrap it. Any bonus to this woefully inept chief executive would be a disgrace and a slap in the face to hard-working members.’

LV refused to commit to scrapping the bonus.

Cook will leave as part of a shake-up, alongside independent director David Barral and non-executives Alison Hutchinson and Luke Savage.