LV members have been urged to vote against executive pay policies at the mutual as the backlash intensified over a £1million ‘reward for failure’ for its bungling boss.

Alongside pension contributions and other benefits he was paid more than £1million for a year that saw his plans to sell LV to US private equity voted down by members. 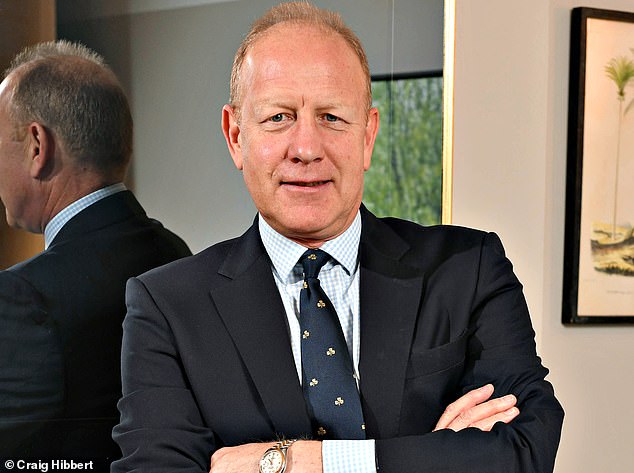 They now have the opportunity to vote against Hartigan’s pay – and have been urged to oppose it.

The board said bonuses were based on ‘underlying business measures’, with no relation to the botched £530million sale.

But Hartigan spent a lot time trying to convince members to sell to the US buyout firm. The deal could have seen him earn even more while at the same time stripping LV members of their mutual ownership.

And the report revealed LV spent £33million on public relations advisers, lawyers and bankers to push the deal through.

The plan was voted down in December in a member revolt after a Daily Mail campaign to save it from private equity.

It cost chairman Alan Cook his job but only after he picked up £201,000 from LV for 2021. The nine board members, including Hartigan and Cook, were paid a total of £2.3million last year.

At the LV annual general meeting last September the remuneration report for 2020 was approved by 94 per cent of those voting. It is thought members will use this year’s, expected in September, to voice anger.

This could lead to much stronger opposition to the remuneration report, though the vote will be non-binding.

Andrew Speke, from the High Pay Centre think-tank, said: ‘It is farcical to see a chief executive awarded such a huge bonus on a record of failure.

When members vote on it in September, they should know that the reputation of LV is at stake, and oppose the bonus package with every fibre of their being.’

Hollinrake, a Treasury committee member, said: ‘I would urge members to vote against this ludicrous bonus.’

Labour MP Gareth Thomas, chairman of Parliament’s all-party group on mutuals, said: ‘If Mr Hartigan hasn’t left by the AGM, I have no doubt members will express anger at this shocking bonus.

I’m astonished the board didn’t take the opportunity of the annual report to apologise for going ahead with the ill-fated Bain deal and wasting so much money.’