LV is under pressure to cancel bonus payouts to its boss following a botched private-equity takeover which cost members millions of pounds.

But critics said it would be an ‘outrage’ if the former army colonel took home any more than his basic salary of £435,000 a year, which is already topped up with pension contributions and other perks such as a car allowance and medical insurance. 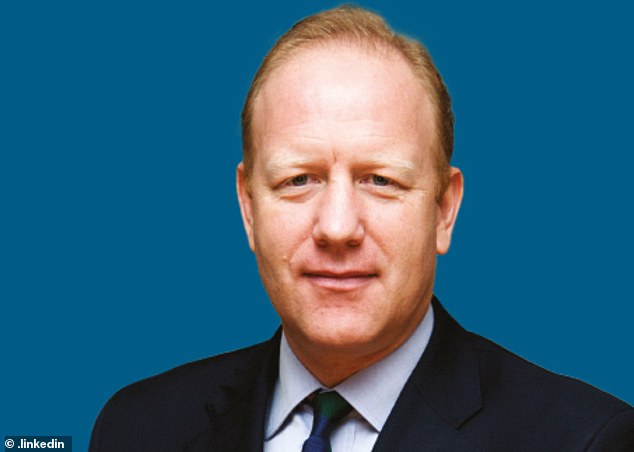 But the deal collapsed when members, who stood to get just £100 each from the sale, voted it down in December.

LV declined to reveal how much of members’ cash was lost peddling the takeover.

But experts it employed estimated that the deal would have cost £43million had it gone through – and many of those costs had been incurred even though it collapsed.

Tory MP Kevin Hollinrake, who sits on the Treasury Committee, said: ‘There’s no way Hartigan should be given a bonus.

‘He’s frittered millions of members’ money on a failed deal, and any bonus would be a reward for failure.’

LV has so far refused to disclose whether its remuneration committee has decided to hand Hartigan a bonus for 2021. In 2020, he bagged total pay of £1.21million. The maximum he could be awarded this year is £1.26million.

LV has been owned by its policyholders since it was founded in 1843 and its mutual structure means it is run for their benefit rather than for a cash-hungry investor.

The Mail led a campaign to save LV from the clutches of private equity group Bain amid fears that the takeover would lead to job losses, higher prices and worse customer service.

Labour MP Gareth Thomas, chairman of the all-party parliamentary group on mutuals, said: ‘Having wasted millions of pounds of members’ money trying to force through a deal with Bain that no truly independent expert backed, and which almost 90 per cent of those members didn’t support, it would be simply rewarding obvious failure to pay a bonus to Mark Hartigan.

‘Frankly, LV’s future will only begin to look rosier once he has moved on to other things.’

Peter Hunt, of mutual consultancy Mutuo, added: ‘You should be paying bonuses on performance. By any year it’s been a pretty woeful year for LV’s board.

‘I think it would be an outrage if these people were rewarded for failure. The last 12 months has been nothing if not a failure of governance, management and direction.

‘Never mind whether he should get a bonus, the board should be considering whether Hartigan is the right person for the job.’ LV declined to comment.