The rally was echoed across Europe with benchmarks in Frankfurt, Paris, Milan and Madrid up more than 3 per cent and the Moex index in Moscow 20 per cent higher. 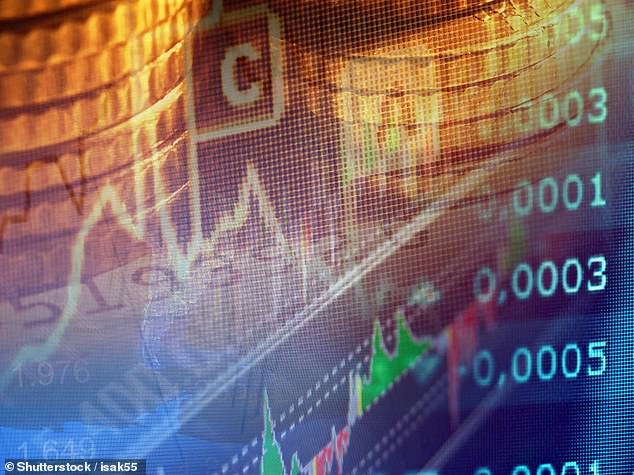 The bounce reversed many of the losses seen in the previous session when Russia’s invasion of Ukraine sent financial markets into a tailspin.

Oil, which topped $105 a barrel on Thursday, dipped back below $100 while gas prices fell around 30 per cent having soared after Vladimir Putin unleashed his deadly attack.

Analysts said the turnaround on financial markets came as investors bet the impact of Russian sanctions on the global economy will be milder than feared. Russ Mould at AJ Bell said: ‘The markets are telling us that the sanctions aren’t particularly dramatic relative to what they could be.

Investors were searching for bargains following the heavy selling that resulted after the Russian invasion. One beneficiary was BAE Systems (up 3.4 per cent, or 21.2p, to 653p) after analysts at JPMorgan upgraded the stock to ‘neutral’ from ‘underweight’, saying the Russian invasion of Ukraine had ‘changed the defence landscape’. The investment bank also upped its target price for the stock to 630p from 555p, predicting that the war may push the US and Europe to spend more on defence equipment.

BAE has risen more than 8 per cent in the two days since Vladimir Putin unleashed his deadly military assault on Ukraine.

Cyber-security firm Darktrace soared 14.1 per cent, or 50.2p, to 407.2p as the incursion into Ukraine sparked fears that Western companies and governments could be hit by higher numbers of cyber-attacks from Russia, potentially increasing reliance on its services.

Meanwhile, rival virus protection group Avast saw profits jump 17.7pc to £295m in 2021 while revenues climbed 5.4 per cent to £703m. The results come ahead of the company’s planned multi-billion pound merger with US rival NortonLifeLock which is expected to be finalised this year. Avast shares inched up 0.5 per cent, or 3p, to 625p.

Shares in the education group jumped 12.1 per cent, or 72.6p, to 672.6p after its profits for 2021 leaped by a third to £385m while sales inched up 1pc to £3.4billion. The surge was attributed to strong demand in Pearson’s assessment and qualifications business, which saw sales rise 18pc year-on-year as workers retrained during the pandemic and testing restarted across schools and universities in the US.

Boss Andy Bird said the full-year performance had been ‘ahead of expectations’ and expected ‘further growth in 2022 and beyond’.