Shares in Trainline leapt after a smaller than expected cut to its commission rates.

The deal was struck with the Rail Delivery Group (RDG), an industry body that represents UK train operators. 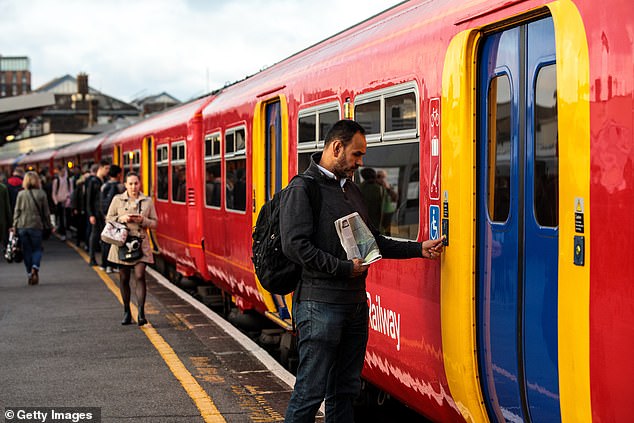 Rolling stock: Online ticket seller Trainline jumped 26.1%, after it agreed to lower the commission it receives from its sales by 0.5 percentage points

The deal will come into force on April 1, 2025, if Trainline and other ticket sellers cannot agree terms with the RDG.

The drop in commission seemed to have been less than the market had feared, prompting the bounce in the share price.

Analysts at Peel Hunt said they believed that any final deal ‘may even be better’ than the terms already agreed.

Meanwhile, fellow broker Liberum said the announcement provided ‘clarity’ for the company, which they deemed a ‘long-term winner’ in a growing market.

‘There will be a sigh of relief in Trainline’s camp regarding the proposed changes to its commission rates.

The rail sector has been through very difficult times during Covid, and it would have been easy to slash commission rates to the bone, leaving Trainline in a pickle,’ said AJ Bell investment director Russ Mould. 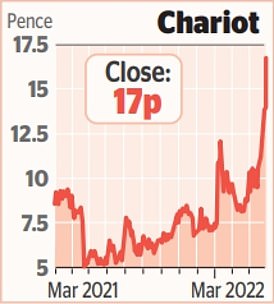 Energy group Chariot hit a four-year high following positive results from one of its gas wells in Morocco.

The firm said that the amount of gas discovered by the Anchois-2 well had been upgraded by 50 per cent after data was interpreted.

Anchois-2 is located on the Lixus licence, a 1485 square mile area off the Moroccan coast in which Chariot owns a 75 per cent stake.

But he warned that it was ‘too early’ for the company to start celebrating, noting that it could face a challenge to its market share from the Government’s new taxpayer-funded ticketing app and website.

Mould said if Trainline was unable to secure an agreement to provide infrastructure for the state-run app it risked being ‘left out in the cold’.

The blue-chip index was dragged lower by oil stocks after President Joe Biden considered releasing part of the United States’s oil reserves in a bid to reduce fuel prices.

‘A drip release of 1m barrels of oil is on the cards for the next six months, a sign that there is not expected to be a quick resolution to the crisis in Ukraine, which has squeezed oil supplies.’

Banking stocks were also on the slide following a series of target price cuts from Goldman Sachs.

The group has bought Quantum Hi-Tech (Guangdong) Biological for £181million in a move to expand its presence in the country and the wider Asian market.

Euromoney Institutional Investor bounced 2.3 per cent, or 22p, to 988p as investors were cheered by stable trading, although it has suspended business in Russia and Belarus following the invasion of Ukraine.