Maternity clothing brand Seraphine lost two-thirds of its value as a thumping profits warning sent its shares to a record low.

The firm, whose clothes were worn by the Duchess of Cambridge in all three of her pregnancies, said profits will be around £4.5million this year, down on the £6.2million expected in the City. 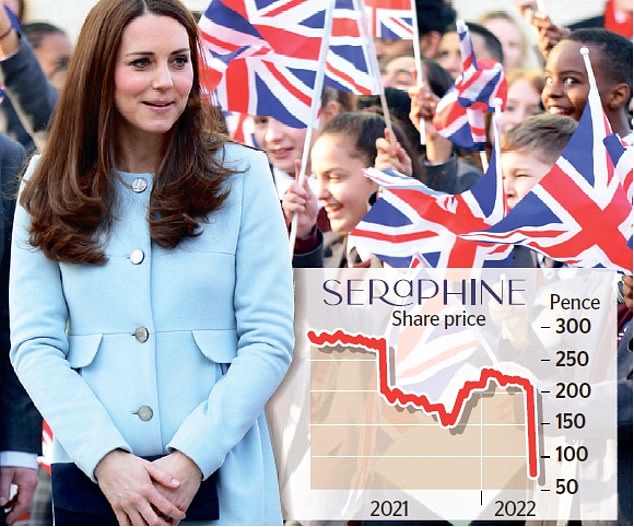 Shares crash: Seraphine, whose clothes were worn by the Duchess of Cambridge (pictured) in all three of her pregnancies, said profits will be around £4.5m this year

The company, set up in London in 2002 by designer Cecile Reinaud, said sales growth was ‘strong’ in the 17 weeks to January 31.

But February ‘has been a soft month across all markets and channels with the retail store trading environment remaining extremely challenging’.

And it said it has been hit by the higher warehousing and transport costs. Seraphine has three stores in London and one in Leeds, as well as two in France and two in the US.

Its products range from maternity jeans, leggings and dresses to nursing jumpers and breastfeeding covers.