The UK’s leading role in international TV production may be relatively new, but its status in the book trade dates back decades. Known for identifying some of the best-selling authors of all time, British publishers are renowned the world over, with Bloomsbury a longstanding favourite among the literati.

Founded in 1986, Bloomsbury is best known for the Harry Potter series, still a favourite a quarter of a century after the first book was published. But the company’s titles span a range of authors and genres, from cookery books by celebrity chef Gino D’Acampo to The Song Of Achilles from classicist and TikTok sensation Madeline Miller.

The company has a healthy academic business too, including a fast-growing digital arm, offering access to works across a variety of fields, from legal and medical tomes to the complete works of Shakespeare, with plenty of video footage and secondary sources thrown in for good measure. 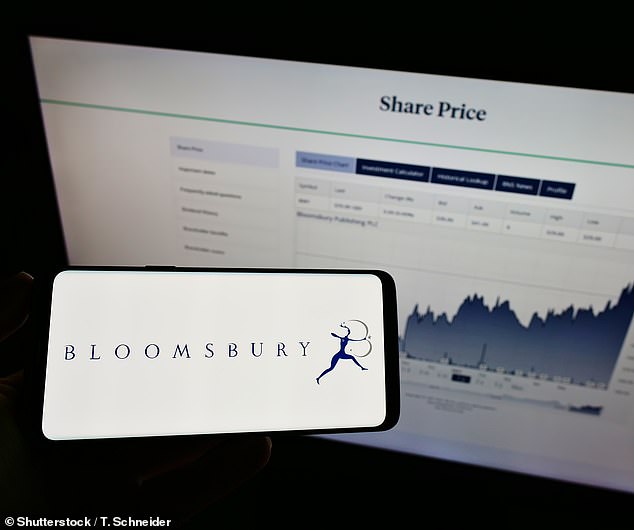 Increase: Bloomsbury shares have risen more than 30 per cent in little more than a year

Midas recommended Bloomsbury in December 2020, when the shares were £2.79. At that point, the country had just entered another lockdown and people young and old were rediscovering the joys of reading.

Even though other forms of entertainment are now widely available, it seems as if the allure of a good book remains undiminished. Last week, chief executive Nigel Newton said that trading for the year to February 28 would be materially ahead of forecasts, with both the consumer and academic sides of the business delivering strong growth.

The shares rose in response, ending the week at £3.67, as brokers predicted a 14.5 per cent increase in sales to £212million for the current year, with profits up 13 per cent to £21.7million.

Newton believes in rewarding shareholders for their loyalty and a 9.3p dividend is forecast for 2022, rising to 9.8p next year.

Gaining success through picking consumer favourites can be hugely exciting, but academic publishing provides a more stable source of income. Bloomsbury is one of the very few companies to specialise in both areas.

The digital business in particular has expanded at a rate of knots. It was established just six years ago and is now delivering sales of £15million. Students and professionals from Strathclyde to Sydney increasingly prefer to access what they need online, a trend that is expected to accelerate over the next decade.

Midas verdict: Bloomsbury shares have risen more than 30 per cent in little more than a year, as Newton has consistently delivered robust results accompanied by rising dividends. He should continue in the same vein and the shares at £3.67 are a strong hold. Bookworms could also pick up some stock especially if there are wobbles in the price.