Last Friday was a grim day for households and businesses across the UK. Energy prices surged and more increases are all too likely over the coming months.

This bold British business, with its headquarters in Horsham, West Sussex, has formed partnerships with some of the biggest companies in the world, such as Bosch in Germany and Doosan in South Korea, so they can work together, advance the Ceres technology and put it to use. 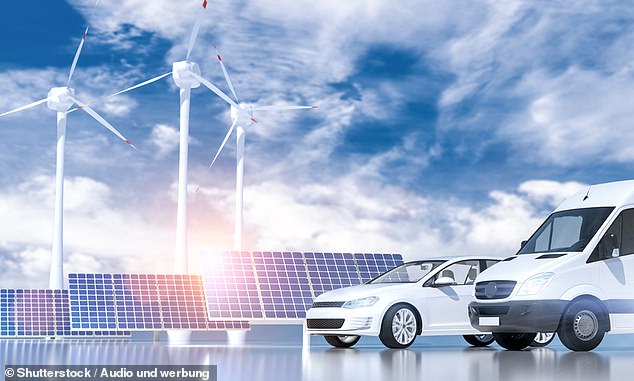 Three years ago, Ceres was valued at £265million and employed around 150 people. Today, there are more than 500 highly skilled staff on board, the group is valued at almost £1.5billion and a move from Aim to the main market is expected later this year.

The company is at the vanguard of fuel cell technology – developing individual cells that can be installed in homes, offices, huge warehouses and even at sea. Currently run on natural gas, these cells are highly efficient because they deliver energy at source, rather than relying on the grid, and they produce power and heat.

Ceres chief executive Phil Caldwell is also developing a way to produce ‘green’ hydrogen from his fuel cells. Created with wind and solar power, this could transform power usage for heavy industry and ships. Importantly too, Ceres fuel cells can be powered with gas or hydrogen, so customers can install them now and go green as the technology matures. Caldwell has deliberately adopted a partnership model, licensing his technology to deep-pocketed partners so they can make and operate the fuel cells, paying Ceres along the way.

The cells are already being trialled on buses in China and offices in Japan. Bosch is building around 100 fuel cell power plants across Germany, Doosan is developing a marine system and discussions are under way with potential partners here and overseas.

Revenues rose 44 per cent to £31.7million in 2021 and analysts expect further large increases this year and beyond, hitting £72million by 2025. The group is loss-making today, as Caldwell is investing heavily in future growth and ideas, such as the new hydrogen cells. But come 2025, profits should start to emerge, rising steadily thereafter.

Midas verdict: The UK stock market can be wary of high-tech, lossmaking businesses, often with good reason. Ceres Power deserves more confidence, however. The need for cleaner, more efficient energy has never been greater and Ceres fuel cells offer a proven way to do more with less. The presence of Bosch as a partner and 17 per cent shareholder offers further reassurance.

At £7.45, the shares have risen sharply since 2019, but they are a long way off the £13.40 high reached last year, even though the firm has gone from strength to strength. Existing shareholders may want to sell some stock and bank the profits, but they should retain most of their holdings. New investors may also fancy a punt at current levels.

harrry
Previous articleRunaway building society gravy train rolls on
Next articleWhat is a Triple Net lease? Things You must have to know