Monzo under fire for failing to come clean on overdraft fees

By Emma Dunkley For The Mail On Sunday


Monzo has breached competition rules by failing to properly disclose the maximum fee on its personal current account.

The Competition and Markets Authority (CMA) said the digital bank did not specify the monthly charge in the correct document when customers exceeded agreed overdrafts.

The CMA said the breach between October 2018 and November 2021 meant customers were not aware of potential monthly fees, which could hit £15.50. 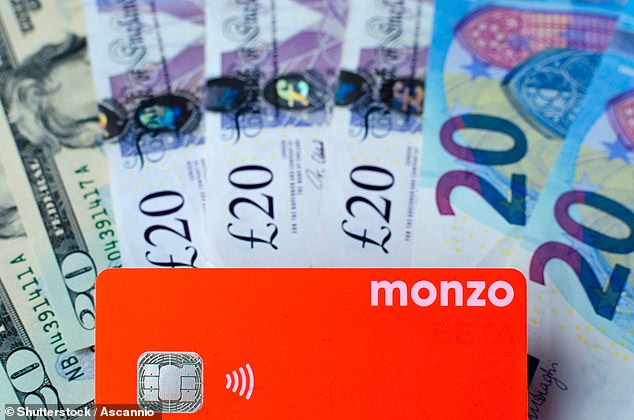 It added that an internal audit ‘failed to identify’ that its ‘fee information document’ did not comply with competition rules.

But the watchdog stopped short of further formal enforcement action after Monzo updated its charges document in November.

It is understood the bank did publish the total maximum fee in its terms and conditions – just not in the fee information document.

Monzo said: ‘This is a legacy issue we addressed last year. We have taken steps to make sure it does not happen again.’

The breach is another blow to the upstart digital bank after other wrist-slaps and investigations.

The Financial Conduct Authority also investigated Monzo over its compliance with money laundering rules between October 2018 and April 2021.

Monzo was hit by the pandemic as card spending grounded to a halt.

It said in 2020 that uncertainties caused by coronavirus raised doubt over its ability to continue operating as a going concern.

The bank launched as a mobile app-based lender in 2015 with no branches, aiming to shake up the market by offering slick digital services. It was formed by entrepreneur Tom Blomfield, and is led by TS Anil, formerly of Standard Chartered.

It has more than 5m customers and was valued at £3.3billion at the end of last year after it raised £444million from investors.

A source said Monzo could float on the stock exchange in the next couple of years.