More than a dozen companies have freed thousands of leaseholders from toxic ground rent clauses that double in price and prevent them from selling their homes.

It follows the property developer Countryside agreeing to scrap the unfair contracts, which lenders will no longer lend on.

Fifteen businesses that bought freeholds from Countryside have now also agreed to remove the toxic clauses in homeowners’ leases. 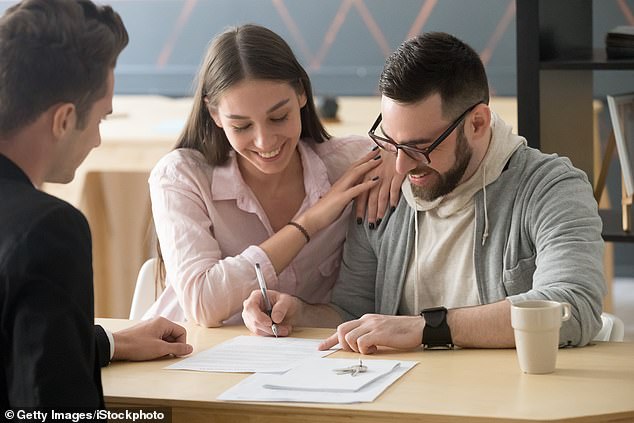 It follows intervention by the Competition and Markets Authority that believes that such doubling causes are unfair and need to be removed.

The clauses mean people often struggle to sell or obtain a mortgage on their leasehold home, making it virtually impossible to sell unless they find a cash buyer.

The CMA says the clauses should not be replaced with another term that increases the ground rent.

The 15 businesses, which include investment firms and housing associations, will also remove terms that had originally been ground rent doubling clauses, but were converted so that ground rent increased in line with the Retail Prices Index (RPI). 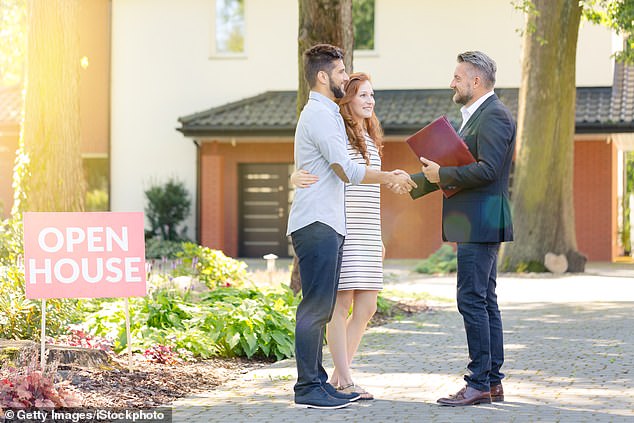 Thousands more leaseholders can now rest easy knowing they will not be forced to pay costly doubling ground rents, according to the CMA

Due to the CMA’s intervention, it means that thousands of leaseholders will now see their ground rents remain at the original amount.

Andrea Coscelli, of the CMA, said: ‘Thousands more leaseholders can now rest easy knowing they will not be forced to pay costly doubling ground rents.

We believe these terms are unjust and unwarranted, and can result in people trapped in homes they are unable to sell or mortgage – a major cause of anxiety and stress for so many

‘We believe these terms are unjust and unwarranted, and can result in people trapped in homes they are unable to sell or mortgage – a major cause of anxiety and stress for so many.

‘We welcome the commitment from these businesses to do what is right by their leaseholders by removing these terms, and we will hold them to it.

‘While this is a huge step forward, our work here isn’t done. We will continue to work hard to free leaseholders from these problematic terms and will now be putting other housing developers under the microscope.’

However, there are still many more leaseholders who still have toxic ground rents, associated with other businesses.

The 15 businesses who have provided undertakings are:

Other developers and investors must now do the right thing and also remove such problematic clauses from their contracts.

If they refuse the CMA has already indicated that it is prepared to take them to court.

The news has been welcomed by campaigners who said that developers and freeholders need to be held to account.

Katie Kendrick, co-founder of the National Leasehold Campaign, said: ‘Today’s announcement demonstrates the continued success that the CMA are achieving, making good progress in holding developers and freeholders to account for their part in this leasehold scandal and removing onerous doubling ground rents.

‘We are incredibly proud that our years of campaigning and publicising the unfairness of onerous ground rents and other leasehold abuses, is making a difference. However, ground rents are only one of the pitfalls that leaseholders face. Leasehold tenure must be abolished.’

Cath Williams, co-founder of the NLC, also bought a house with onerous ground rent from Taylor Wimpey. It cost her more than £15,000 to buy the freehold after it was sold on to an investor.

‘Freeholders agreeing to remove all escalation from onerous leasehold contracts is another step forward. It will significantly reduce the cost to buy the freehold or extend the lease and ensures that any leaseholders that have converted to RPI from doubling are treated equitably.

‘It validates what we at the NLC have been saying for years – converting doubling ground rents to RPI is not the answer. NLC members report daily examples that RPI leases are problematic’

Secretary of State for Levelling Up Michael Gove said: ‘We are restoring fairness in the leasehold system and that’s why we asked the CMA to investigate unjust practices, such as doubling ground rent.

‘I welcome their ongoing success in eradicating this unacceptable treatment of leaseholders from the housing market and freeing thousands from such inflated costs. Others must now follow suit, as our work to help all leaseholders continues.

‘Homebuyers starting a new lease from this summer will now pay nothing in ground rent costs – setting the path to a more equal future for homeownership.’