The race to take over Ted Baker intensified yesterday as Marks and Spencer and Next were tipped as potential buyers.

A day after the struggling fashion chain, whose share price is 146.6p, put itself up for sale, analysts said retailers are likely to be weighing up an offer.

Next has a record of teaming up with rival fashion brands, has a joint venture with Gap in the UK and owns a 25 per cent stake in Reiss. M&S has been reinventing itself as a selling platform for third-party brands. 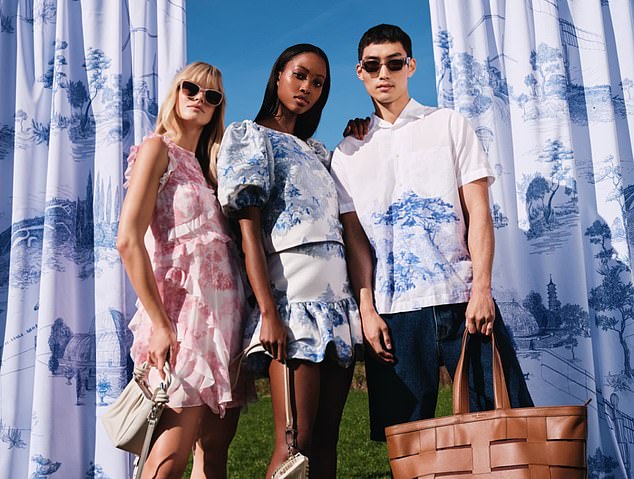 A day after Ted Baker, whose share price is 146.6p, put itself up for sale, analysts said retailers are likely to be weighing up an offer

Last year, it did deals with women’s labels Joules, Phase Eight, Hobbs and Seasalt to sell products online and in shops.

Maria Malone, who founded consultancy Fashion Business Hub, said she expected M&S as well as Boohoo to be looking at Ted Baker, and told the BBC: ‘We are opening up again and this could be a good time for Ted Baker. Boohoo are expanding.’

Polar Capital fund manager George Godber said: ‘M&S can see a big gap in the high street. However, £70 for a pair of shorts, probably feels a bit punchy for what M&S is going for.’

Next is not planning to get involved but did not rule itself out. M&S declined to comment.