A British broadband provider linked to Russian oligarchs Mikhail Fridman and Petr Aven has reassured its contractors that the firm will not suffer as a result of sanctions.

Upp is building a £1billion full-fibre broadband network in East Anglia with the help of funding from investment group LetterOne, which was co-founded by tycoons including the pair. 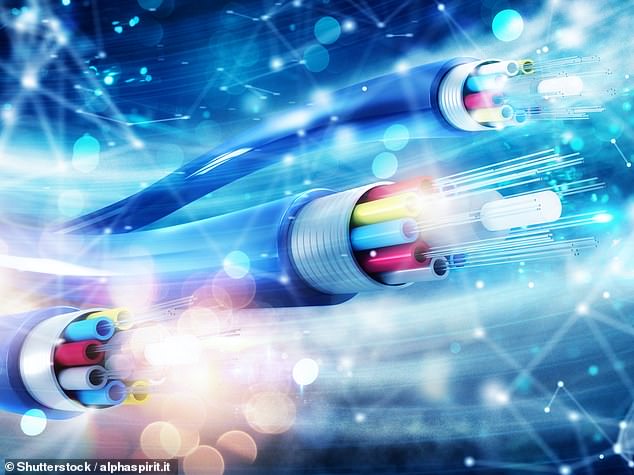 Fast forward: Upp is building a £1billion full-fibre broadband network in East Anglia with the help of funding from investment group LetterOne

Earlier this month Fridman and Aven stepped down from the board of LetterOne after having their assets frozen by the EU following Russia’s invasion of Ukraine. The UK later followed suit.

City grandee Mervyn Davies, who served as a Trade Minister under Gordon Brown, has taken over the running of LetterOne.

Lord Davies said last weekend only he and the board can unfreeze Fridman and Aven’s holdings and they cannot benefit from them.

Upp is among more than 100 ‘alternative network’ providers attempting to rival BT’s Openreach and Virgin Media in offering super-fast broadband with a network due to be completed by 2025.

It is understood Upp’s contractors were concerned the sanctions could affect the company’s finances.

But Drew Ritchie, chief executive of Upp, said: ‘The company is fully funded and we are accelerating our roll-out plans. The investment in our business has not been affected by sanctions.’