New car sales in February were 15 per cent higher than a year ago, though registrations are still a quarter behind pre-pandemic levels as semiconductor shortages continue to strangle vehicle production and availability.

A total of 58,994 new cars joined Britain’s roads last month, which is 7,682 more than February 2021 – though car dealerships were shut across the UK a year ago due to the last Covid lockdown.

While new model sales are still lagging, February was another bumper month for battery car sales – and two Teslas were in the top 10 most-bought cars. 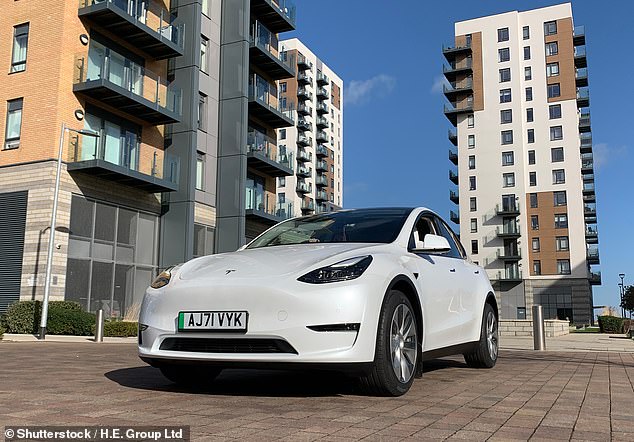 The Society of Motor Manufacturers and Traders confirmed the latest figures this morning, which show that, despite a year-on-year rise in registrations, sales in February were down 25.9 per cent when compared to the same month in 2020 (79,594 registrations).

February 2020 was a month of lockdown for car showrooms, meaning sales were strictly on a ‘click-and-collect’ basis, which restricted the number of motors entering the road.

Karen Johnson, head of retail at Barclays Corporate Banking said that February is typically a quiet month in anticipation of the number plate change in March, but this year saw ‘higher registration numbers than were expected, as previous orders and pent up demand both helped to drive sales’. 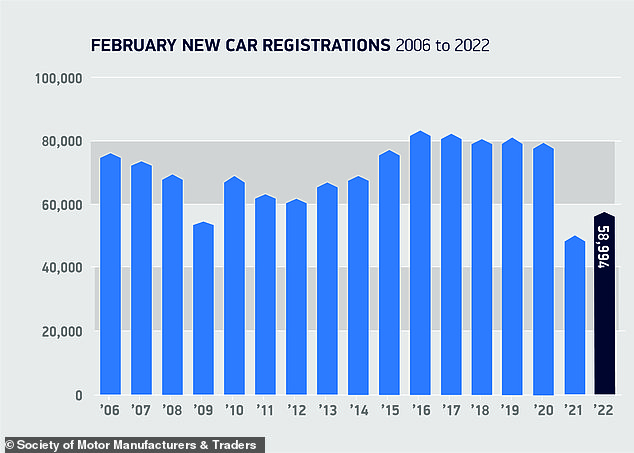 While year-on-year sales last month were up 15%, registrations are still lagging a quarter behind pre-Covid levels

While sales in general are still some way short of where they had been before Covid, the accelerating demand for pure electric cars continues to surge.

Given the growth in the market, with more manufacturers adding quality electric cars to their ranges, and the nearing of the 2030 ban on sales of new petrol and diesel models, it is no surprise to see demand for BEVs increasing.

However, the sight of two expensive Teslas among the top 10 best-sellers last month might be a shock to some.

A shipment that arrived in February included the first batch of Model Y SUVs, priced from £54,990 to £64,990, for UK customers as well as the latest delivery of the supremely-popular Model 3 saloon, which costs from £42,990 and was Britain’s second most-bought car in the whole of 2021.

The two expensive Teslas were the fourth and fifth best sellers last month with 1,306 and 1,275 registrations respectively. 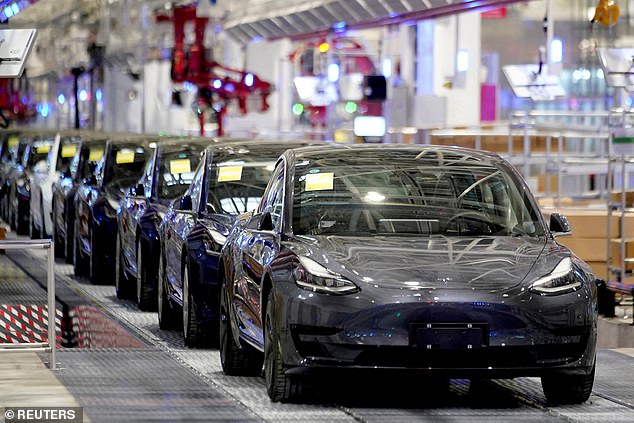 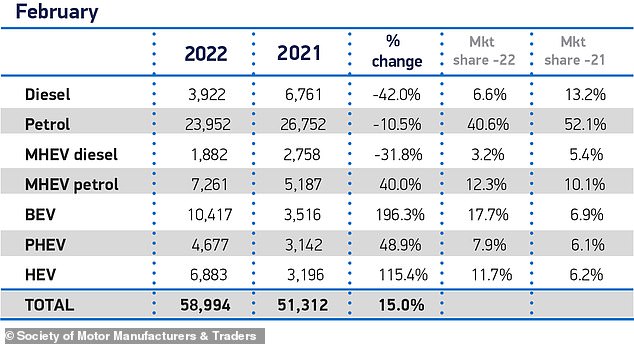 When combined with plug-in hybrid (PHEV) and conventional hybrid (HEV) registrations, electrified vehicles accounted for more than a third of all new cars leaving dealerships in February.

‘There is no sign of EV sales slowing down and, with both petrol and diesel tipping past £1.50 per litre this week, some consumers will likely be considering the savings they could be making by switching to electric sooner rather than later.’

Mike Hawes, SMMT chief executive, has called on additional infrastructure investment to ensure the charging network keeps pace with the number of plug-in cars on the road.

‘Government must use its upcoming Spring Statement to enable this transition, continuing support for home and workplace charging, boosting public chargepoint rollout to tackle charging anxiety and, given the massive increase in energy prices, reducing VAT on public charging points,’ he said.

‘This will energise both consumer and business confidence and accelerate our switch to zero emission mobility.’ 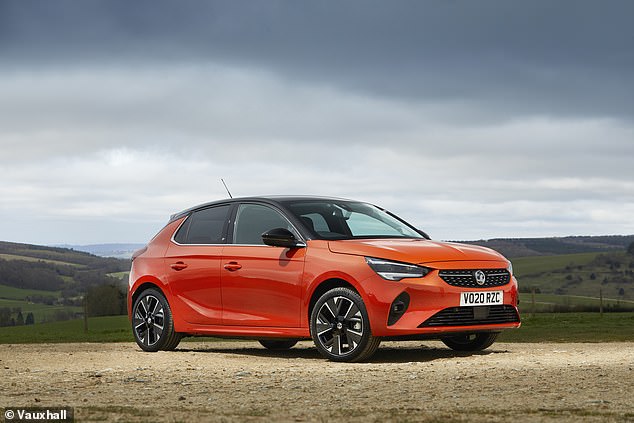 The trade body also raised concerns that the effective end of the Electric Vehicle Homecharge Scheme (EVHS) at the end of this month – which has provided vital funding for homeowners to install their own chargepoint – could impact demand.

The scheme offers up to £350 towards charger installations at private properties, but the grant will be terminated for home owners from 1 April.

Vauxhall’s Corsa – last year’s best-selling car – topped the sales charts in February and is the overall most-bought model in 2022 so far, with 4,282 registrations, just 148 units ahead of the Kia Sportage – January’s most popular new car.

harrry
Previous articleAll the towns and cities in Britain with planned clean driving zones
Next articleWhere can I get the best easy-access savings rate?