With the semiconductor shortage restricting supply of new cars arriving in Britain there are some models that you won’t be able to get your hands on for months – and in some cases years.

This is especially the case with in-demand electric vehicles, which have seen sales hit record levels in recent months. Battery models made up one in five car registrations in January alone.

But while there are some with waiting times of up to 18 months, there are others than you can get your hands on right away, according to a new piece of analysis. Here, we reveal which EVs are available immediately and which are subject to long delivery delays. 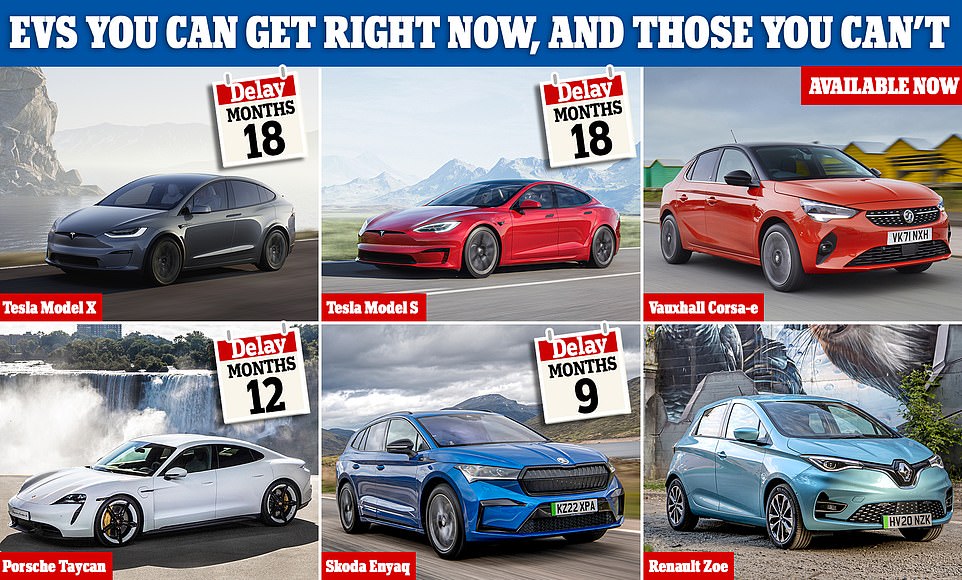 With new cars still in short supply as a result of a lack of semiconductors, these are the EVs you can get your hands on immediately – and those delayed as far back as the end of 2023

Market research conducted by dedicated-EV consumer website Electrifying has revealed which battery cars are hit by the biggest lead times and which you can pick up with almost immediate effect.

Like conventional petrol and diesel cars, production of EVs has been severely limited in recent months due to the shortage of semiconductors. 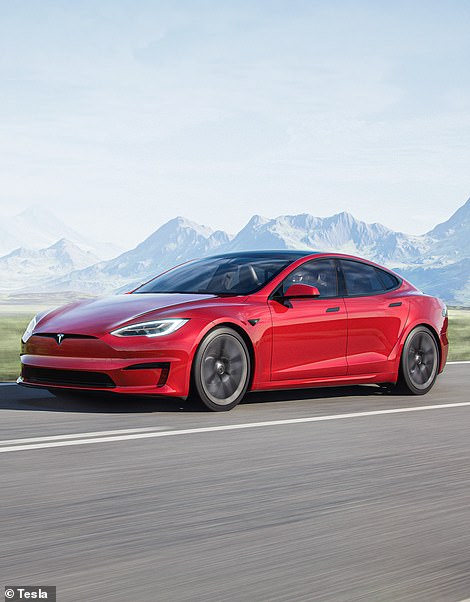 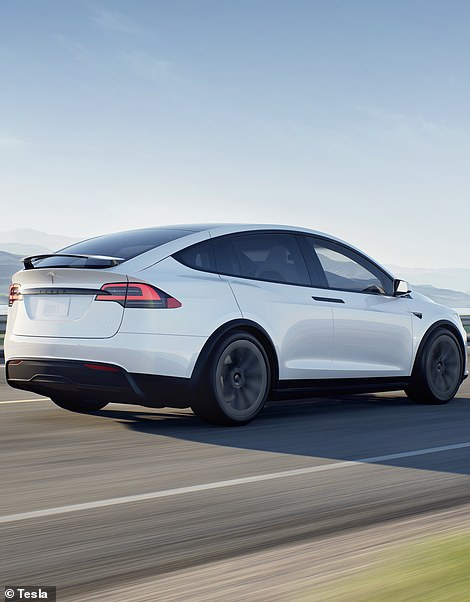 Customers placing an order for a Tesla Model S (left) or Model X (right) can expect to wait until late 2023 for their vehicles to arrive, according to the market research 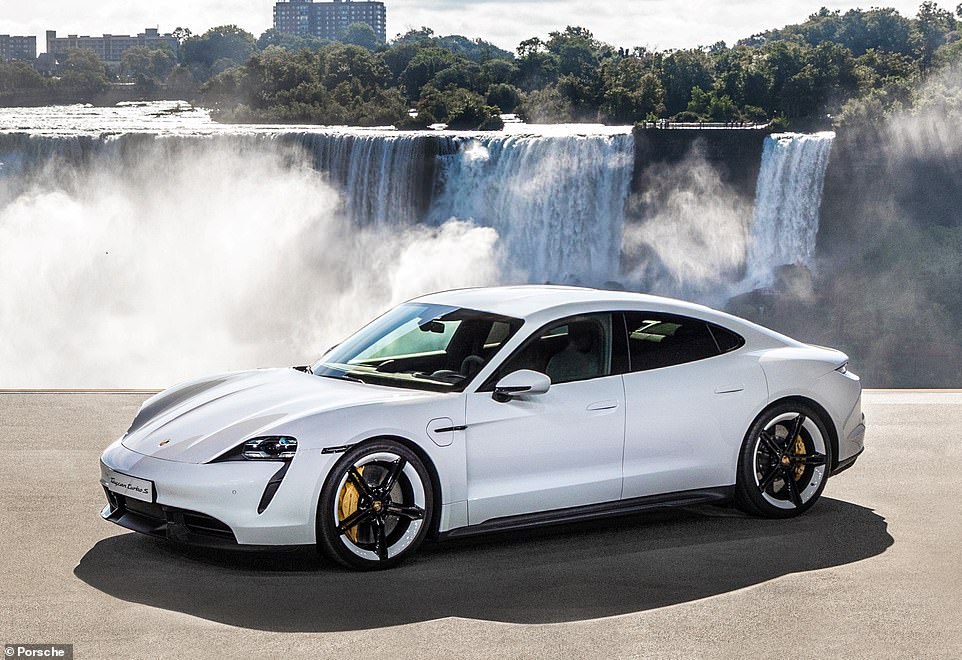 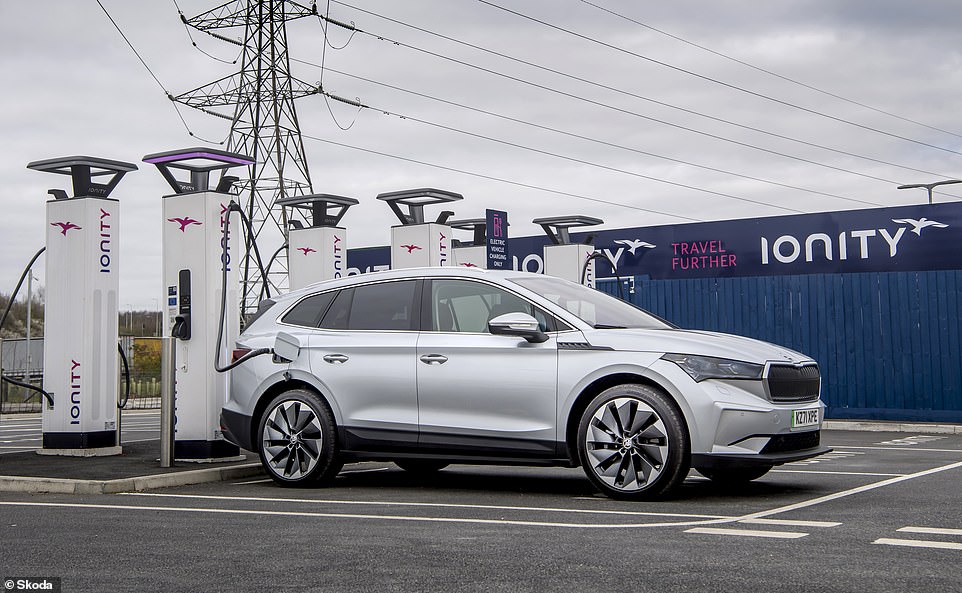 With electric models requiring more computer chips than conventional petrol and diesel cars due to their greater demand on electronics, a short supply means vehicle outputs have been paused or at least scaled back.

Electrifying says buyers could be waiting until the end of 2023 for the most in-demand models, which tend to be the latest battery cars – most of them with premium price tags.

A Ford dealer told researchers there was ‘no chance at all’ of getting a Ford Mustang Mach-E – which starts from £42,530 in the UK – at the moment. 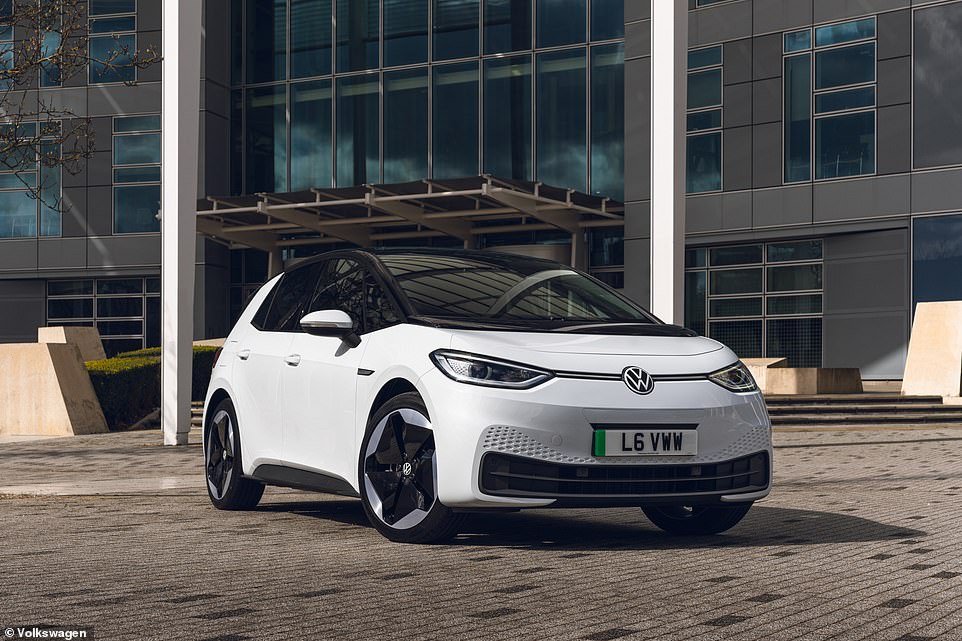 Volkswagen’s ID.3 hatchback, which has been on sale in the UK for two years, is subject to six-month delivery delays 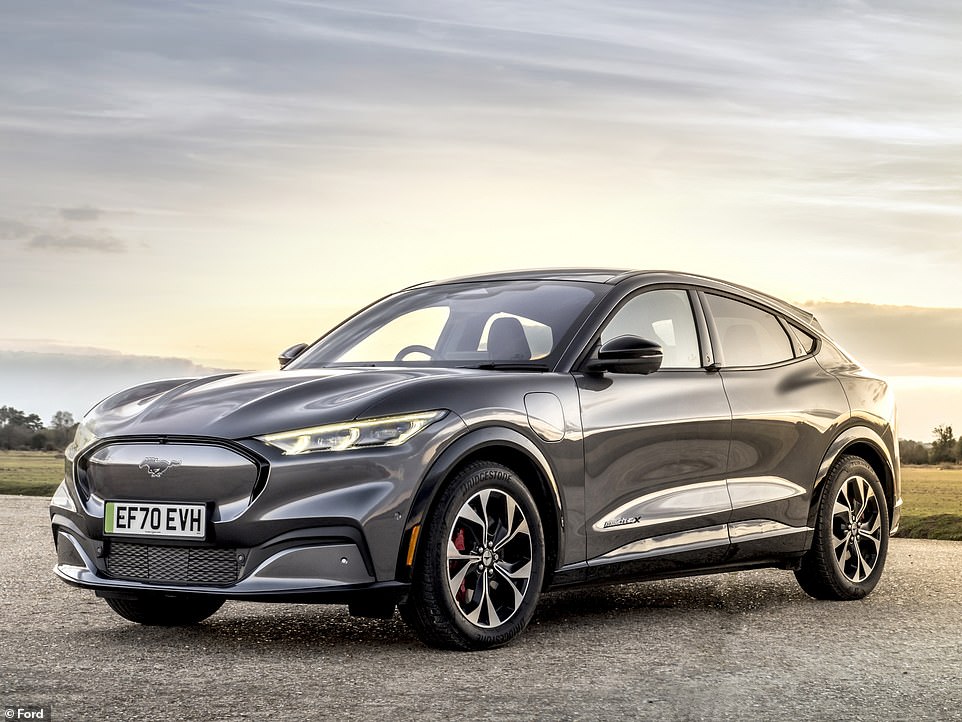 A Ford dealer told Electrifying.com researchers that there was ‘no chance at all’ of getting a Ford Mustang Mach-E at the moment 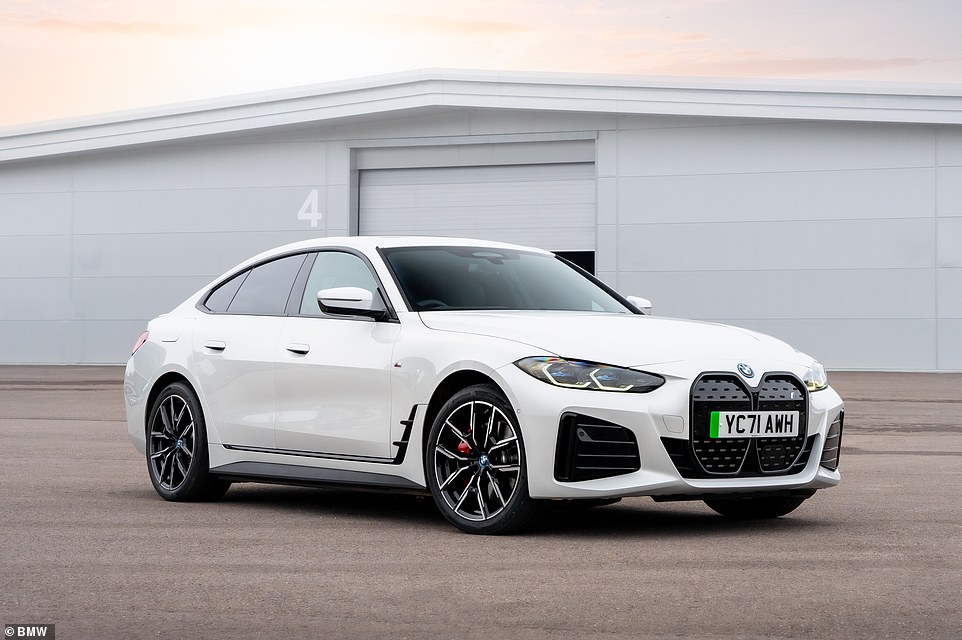 BMW’s latest electric model, the i4 saloon,  and the iX SUV are both subject to half-year delivery delays

However, there are other pure-electric models that are easier to get your hands on.

Most are slightly older EVs and the majority are at the lower end of the affordability scale, with nine out of the 12 with immediate availability being eligible for the Government’s £1,500 Plug-in Car Grant, which is limited only to cars priced below £32,000. 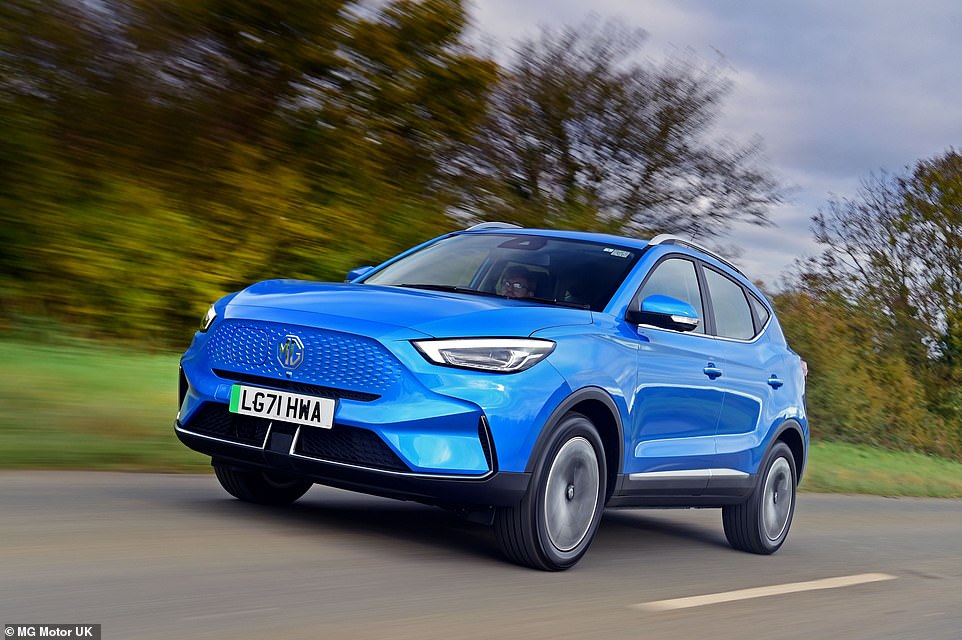 There are some electric models you can get your hands on right now, including the MG ZS 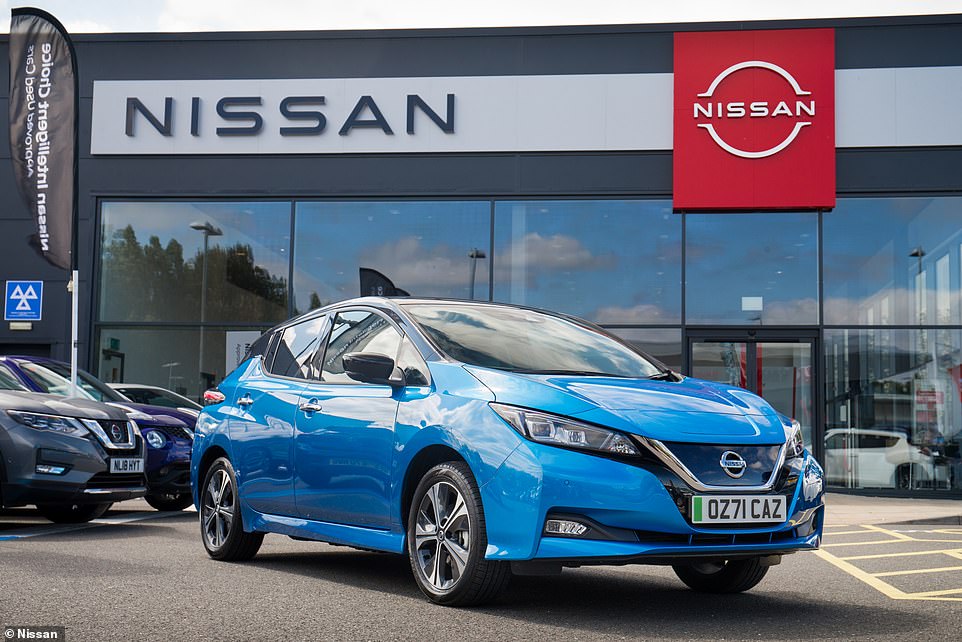 Nissan’s Leaf, which is assembled at the Sunderland plant, is also in stock with no delivery delays 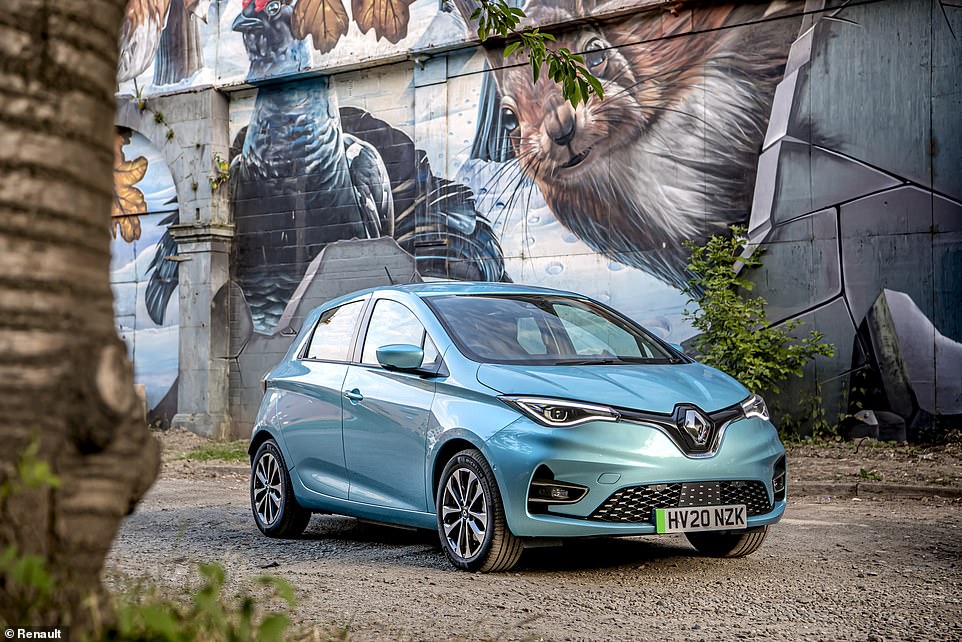 Motorists looking to switch to an EV immediately can get their hands on a Renault Zoe pretty quickly, the research found 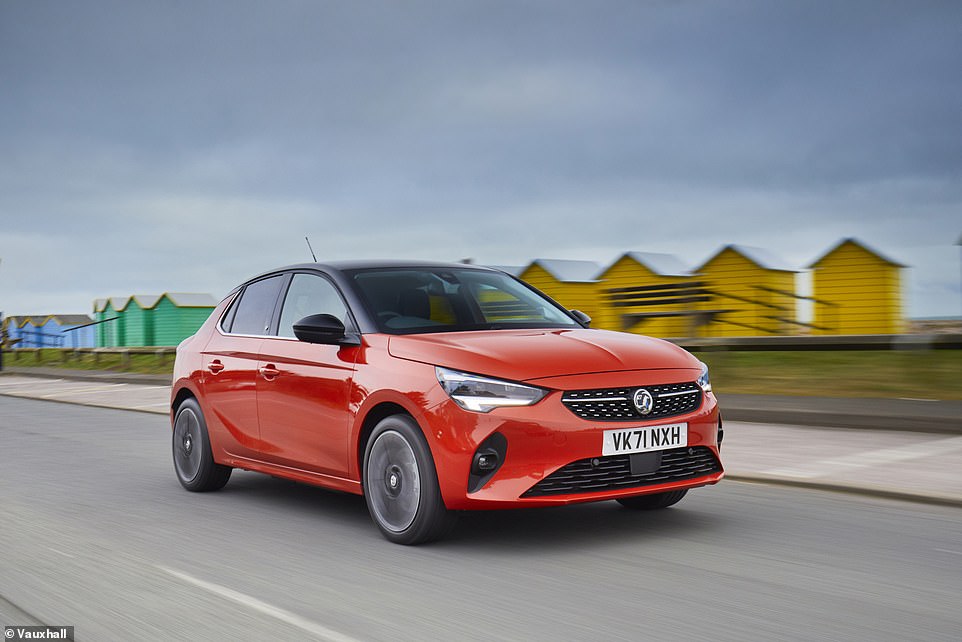 Vauxhall’s Corsa-e – one of the most popular EVs on last year – is also available pretty much immediately, according to the brand

EVs you can get right now

Korean brands Kia and Hyundai both have availability of the e-Niro and Soul (Kia) and Ioniq Electric (Hyundai), though their newer and pricier respective EV6 and Ioniq 5 SUVs are both subject to delivery delays of up to six months.

Founder and CEO of Electrifying.com Ginny Buckley said the delays are predominantly for the latest, most desirable, models.

‘While the surge in demand for electric cars is welcome news, this has led to an unfortunate delay for many drivers who are keen to get behind the wheel as soon as possible, maybe because their current lease is coming to an end, or they are keen to cash in on the current boom in used car prices,’ she explained.

‘The more popular the car, the bigger the delay, which is why it’s so important that buyers are aware of other routes they can take to get a new car earlier.

‘It’s therefore worth checking at your dealership to see if there’s a brand-new car in stock, rather than a factory order.

“It may not be the exact version you’re looking for, but if you’re willing to compromise on the finishing touches such as the colour and wheels, you might be able to get hold of a car in a few days, rather than a few months.’ 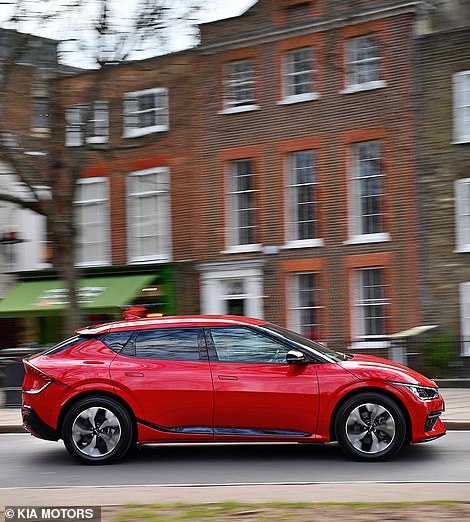 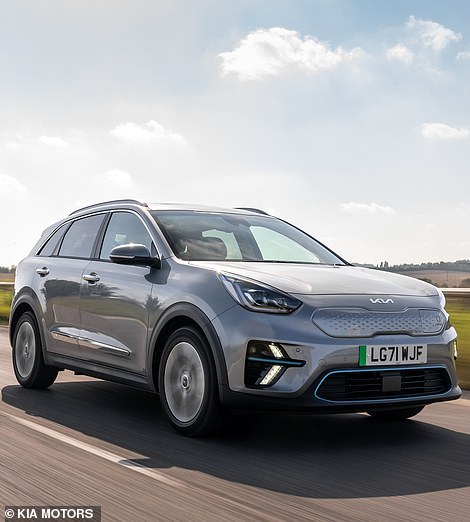 The research found that the latest models with the best tech and ranges are subject to longer delivery delays. A new Kia EV6 (left) will take six months to arrive but a Kia e-Niro (right) can be had now 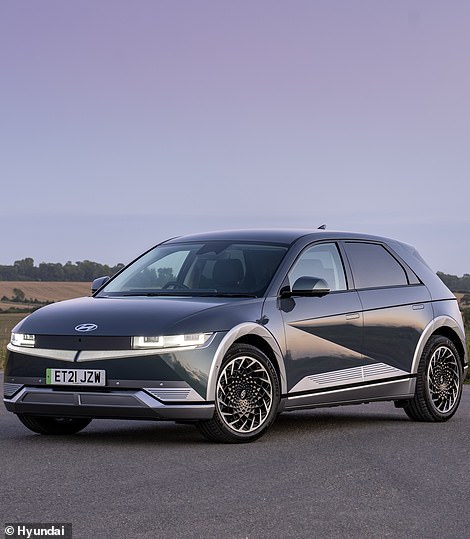 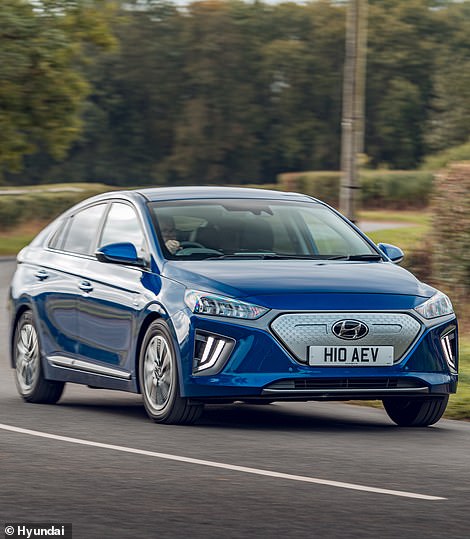 Hyundai has the same issue as Kia, with the Ioniq Electric (right) available with immediate effect but orders for the Ioniq 5 SUV (left) not arriving for four to six months

What’s the waiting time for the UK’s favourite EV – the second most-registered car of 2021?

One of the cars not featuring on either of Electrifying.com’s lists is the UK’s current best-selling EV, the Tesla Model 3.

Some 34,783 were registered in Britain last year, making it the second most popular new model behind the Vauxhall Corsa.

The company’s official website claims orders placed today for a range-topping (£59,990) Model 3 Performance will likely arrive in May, while other variants (starting from £42,990) will not be available in the UK until August.

Earlier this month This is Money spoke to leasing companies about the availability of EVs, with Octopus Electric Vehicles’ CEO Fiona Howarth claiming that some VW Group brands – namely Audi and Porsche – are suffering long delivery delays while Tesla appears to be managing the chip crisis better.

‘A number of new, exciting, models have arrived on the market and given a lot of people lots of different options. The problem is that they’re not actually available,’ Howarth explained to This is Money.

‘When we do get enquiries and drivers find out how long a lead time is they either retract their interest or switch to brands that can deliver within weeks.

‘Even when we’re looking to pre-order some vehicles, we’re not able to get our hands on some from traditional manufacturer because they just don’t have the supply.

‘Whereas with Tesla, they are able to meet the demand, which means much shorter waiting times than any traditional manufacturer.’

She added: ‘We’re also seeing other mainstream manufacturers telling us similar waiting times, so I expect to see more announcements in the next few weeks of other brands where orders won’t be met this year.’

Fellow leasing company LeasePlan UK also said it has been told there will be 12-month leas times on Volkswagen’s ID.3, ID.4 and ID.5 electric models, which conflicts with the six-month leads quoted by Electrifying.com – though Volkswagen could be prioritising deliveries direct to consumers rather than via business.