The boss of Next warned customers face higher prices this year as he revealed pulling out of Ukraine and Russia will hit sales and profits.

Simon Wolfson said prices in its stores and on its website would rise by 3.7 per cent in the first half of this year and 8 per cent in the second half as freight costs, wages and energy bills soar.

The comments came a day after the budget watchdog forecast that inflation is heading for a 40-year high of close to 9 per cent – leading to the biggest squeeze on living standards since the 1950s. 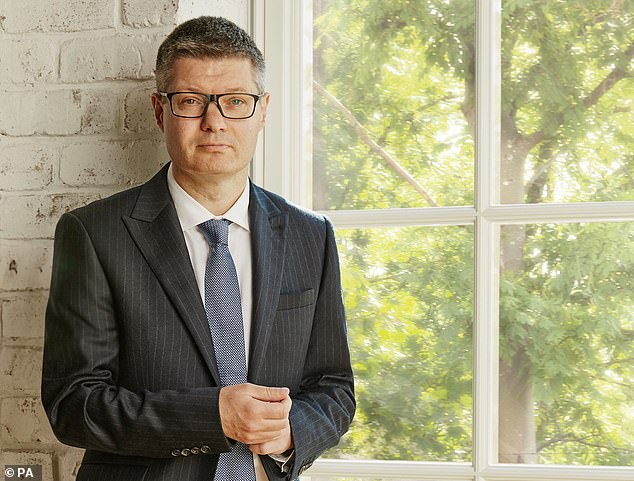 Warning: Next boss Simon Wolfson (pictured) said prices in its stores and on its website would rise by 3.7% in the first half of this year and 8% in the second half

And warning of an ‘increasingly uncertain world’, Wolfson also slashed £85million off Next’s sales guidance for the year and £10million from profits following the closure of its websites in Ukraine and Russia, following Russia’s invasion of Ukraine.

Next expects operations to remain closed until at least the end of the year. It does not have stores in either country.

The stock has fallen 25 per cent from December highs, but it remains one the UK’s most successful retailers, with shares worth nearly eight times what they were when Wolfson took over as chief executive in 2001.

By contrast shares in Marks & Spencer have fallen 33 per cent in the same period.

The prospect of lower revenues and profits and the warning over rising prices overshadowed an upbeat set of results for the 12 months to the end of January.

The retailer raked in sales of £4.6billion over the 12-month period – up 30 per cent on the previous year when it was grappling with varying degrees of lockdown and 8.4 per cent higher than the year before Covid struck.

Profits hit £823million, 140 per cent up from a year earlier and 10 per cent higher than pre-pandemic levels.

And Next said sales in the UK since February have been better than expected, driven by increased demand for formalwear and a boom in visits to its stores.

Unveiling the figures, Wolfson, a Conservative peer since 2010, offered a bleak assessment of the economy, saying some Britons will no longer be able to ‘maintain living standards at the levels we have become used to’.

He welcomed the measures in Chancellor Rishi Sunak’s Spring Statement to ease the cost of living crisis, but called for the Government to do more to ensure those most in need can afford essential goods, and to boost supply of goods and workers.

He said: ‘It is important to understand that the cost of living crisis is a supply side crisis – the inflation we are experiencing is a symptom of underlying constraints in the supply of goods. The good news is that there is much the Government can do to increase supply.

‘It can reverse the self-defeating barriers it has placed on overseas workers supporting our economy and accelerate, simplify and reform the planning process to increase the supply of desperately needed housing.’

Global Data analyst Emily Salter said: ‘Next has simply created a more compelling and relevant proposition online with its broad range of products and brands, and though it continues to innovate in its stores, such as by adding a GAP concession to its flagship Oxford Street store, online will continue to far outperform this year.’