Nissan’s GT-R, one of the modern-eras great sports cars, will be removed from the UK market from the end of the month because it has been deemed too noisy for our roads.

The £80,00 GT-R, which earned the moniker Godzilla, for its emergence from Japan and obliteration of all rivals, will no longer be sold in Britain from April because it fails to meet a new EU noise regulation.

Despite Brexit, the UK has continued to adopt European Union automotive safety and other rules for ease of trade with the continent.

The new rules are designed to cut sound-induced stress for pedestrians and people who live near roads, with the GT-R falling foul of the regulation. 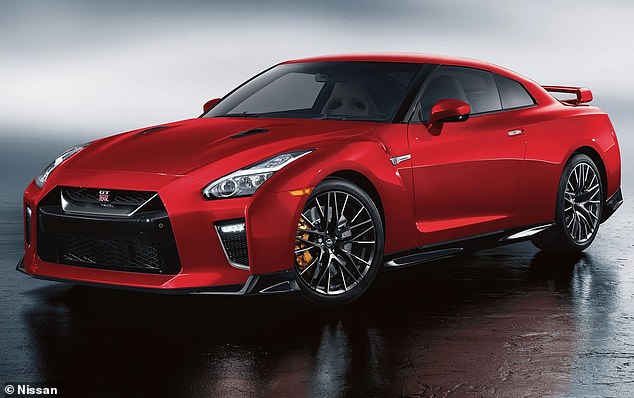 Godzilla killed off in the UK: The Nissan GT-R R35 Skyline will no longer be sold new in Britain from April as the Japanese performance car fails to adhere to a new noise regulation

An official statement from Nissan UK said: ‘Nissan Automotive Europe has communicated to its dealer network that its GT-R supercar will cease to be offered for sale in Europe in 2022.

‘The combination of forthcoming new noise regulations and reduced demand for Nissan’s legendary supercar means that its end of sales in Europe will come after 13 years as the icon of accessible automotive performance.

‘Since its introduction in 2009, the GT-R has sat in a unique position in the sports car landscape, offering neck-straining performance that eclipses that of traditional supercars which are positioned at a significantly higher price point.

‘With regular upgrades to optimise performance, comfort and usability, the GT-R has remained true to its original brief: supercar performance in a car that can be used every day, thanks to its advanced, flexible twin-turbo V6 engine and advanced all-wheel drive system.’ 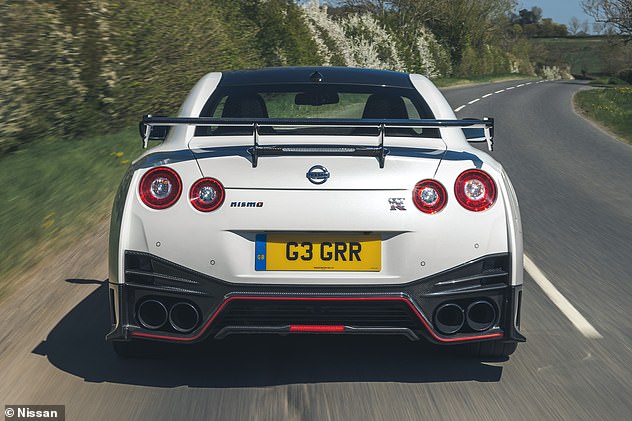 The new regulation caps vehicle noise output at 72dB, down from the previous allowance of up to 82 dB, with the Nissan seemingly sitting on the wrong side of the sound limitation 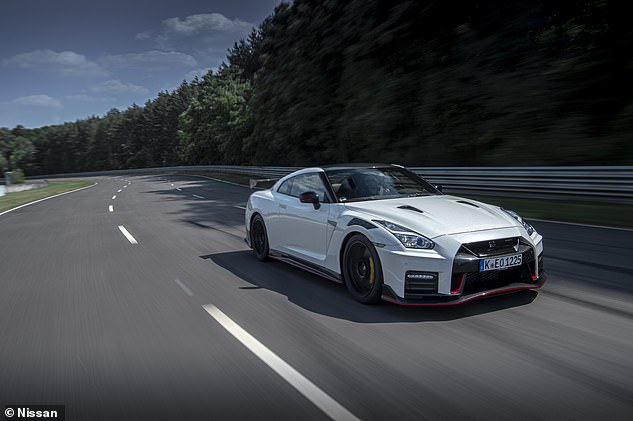 The new regulation – officially called No. 540.2014 – caps moving vehicle noise output at 72 decibels, down from the previous allowance of up to 82dB, with the Nissan seemingly sitting on the wrong side of the sound limitation.

However, when the GT-R name was reintroduced to the market with the emergence of the ‘R35’ version, it hit UK showrooms in 2009 with an attractive price of just £54,495.

While that’s certainly a lot of money, it bought fans a car packed a massive 3.8-litre twin-turbo V6 engine producing 473bhp. Linked to a semi-automatic gearbox, power was sent to an ultra-intelligent all-wheel-drive system that provided blistering acceleration and handling.

Nissan quoted a zero-to-60mph time of just 3.6 seconds at launch, and an eye-watering top speed of 193mph.

That was enough to match the Porsche 911 Turbo of the same era, but for less than half the price, which only cemented the Godzilla nickname. 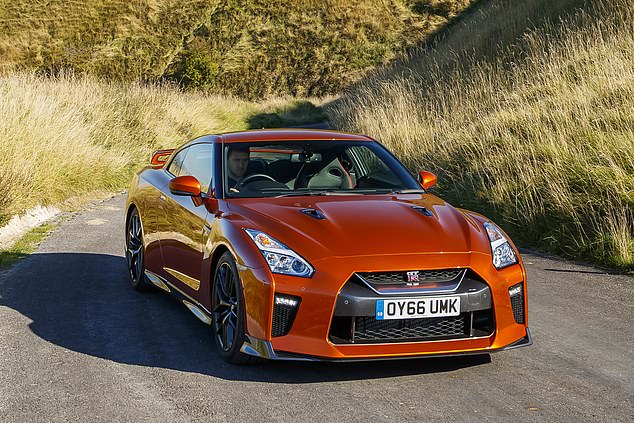 The GT-R, which earned the moniker Godzilla for its emergence from Japan and obliteration of all rivals in front of it

It was also hugely tunable, with the V6 powerplant ripe for upgrades that saw many GT-R specialists offer performance additions to extract in excess of 1,000bhp from the rock-solid powerplant.

While rivals, like Porsche, launched all-new generations of their cars over the last decade or so, Nissan opted for regular upgrades – almost annually – to hone its high-performance machine, which by 2022 has made the GT-R feel a little long in the tooth comparatively.

And its availability in the UK will finally end in just a matter of weeks at the hands of the new EU regulation that will also be introduced in the UK from July.

This will become even stricter in 2026 when the legal limit for engine noise will be reduced to just 68dB – a move that could have serious ramifications for car makers with high-performance models in their fleets and will be a huge blow to sports exhaust makers.

The R35 will almost certainly be the final combustion-engine model to carry the GT-R nameplate and could end the Nissan ‘Skyline’ bloodline that stretches all the way back to the original from 1969.