Oil plunges below $100 a barrel on China Covid fears

Oil plunged back below $100 a barrel as storm clouds gathered over the global economy.

Motoring groups called for prices at the pumps to follow suit after the cost of filling a family car topped £90 for the first time. 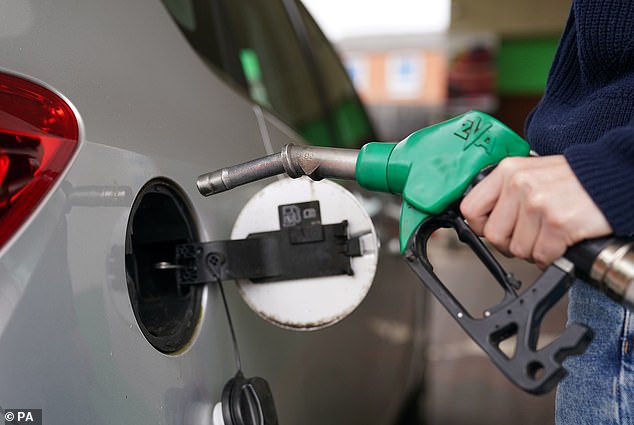 Brent crude fell as much as 7.5% to a low of $97.44 a barrel, its lowest for nearly three weeks. Motoring groups called for prices at the pumps to follow suit

RAC spokesman Simon Williams said: ‘It’s now vital that the biggest retailers who buy fuel most often start to reflect these reductions at the pumps to give drivers a much-needed break from the pain of constantly rising prices.’

Crude hit a 14-year high of $139 a barrel last week on fears that the war in Ukraine and sanctions on Russia would hit supplies.

Now, rising Covid cases in China possibly leading to prolonged lockdowns, damaging the global economy and hitting demand for oil are a concern.

War has also revived worries in Washington over Beijing’s alignment with Moscow, with the US warning of isolation and penalties for China if it assists Russia.