Olga Thomas, composer for the Queen, talks to ME & MY MONEY


Composer Olga Thomas, a British citizen who was born in Russia, is appalled by what is going on in Ukraine. She equates it to living in a sci-fi horror film.

Thomas has enjoyed number one hits with music she composed for the Queen, including Royal Platinum Love Song – written for the 70th wedding anniversary of the Queen and Prince Philip in 2017.

To celebrate the Platinum Jubilee, Olga has composed a new classical piece for charity titled The Four British Nations. It appears on the album EIIR: The Platinum Record, released on April 21. 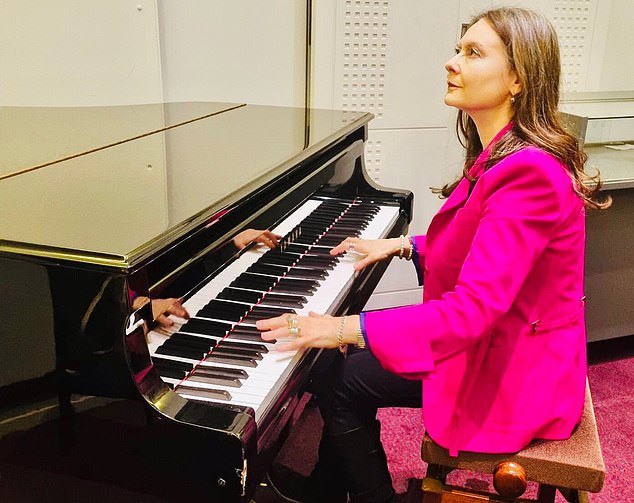 Dismay: Composer Olga Thomas, a British citizen who was born in Russia, is appalled by what is going on in Ukraine

Have you got any family in Russia or Ukraine?

MY elderly father is in Moscow and a distant cousin is in Ukraine. And I have a lot of friends in both countries. In Russia, some have been arrested for saying no to the war. To see what is happening in Ukraine is heartbreaking. It is something I would never have imagined, even in a nightmare. It feels like we are living in a sci-fi horror film.

My family suffered so much through the Stalin years. They were put in the Gulag, a Russian labour camp. To me, Stalin was representative of evil as much as can be. And in my opinion, what is happening now is an extension of that. Why would anyone in a clear mind act that way? It is so aggressive and unreasonable. I cannot find any explanation why Putin is doing it.

I don’t know if I’ll ever again be able to see my father, who is in his 80s. I am a British citizen and consider myself English. If I entered Russia, I might be considered an enemy for not supporting the war.

That it has to be earned. I was born in Moscow in 1961. My mother was a musician and my father a mathematician and engineer. They both worked hard and I was lucky because we lived in a lovely flat and didn’t struggle at all. My education, at a prestigious music school for gifted children, was free. But like other middle-class families in Russia at that time, we did not have any savings. We had to be careful with money to live comfortably. That taught me to treat money with respect and not to waste it.

Yes. When I was 28, the year before I came to England, my mother became very ill with cancer. She needed specialist medical care and though we officially had free medicine in Russia, nothing was really free. I had to arrange proper care for her, first in the hospital and then, in the last few months of her life, at home.

We didn’t have palliative care in Russia then. When people were that ill, they were sent back home to die as it lowered the death statistics of the hospitals.

She needed a huge amount of support from different hospitals and that was extremely expensive. At the time, I was teaching at the school for gifted children.

They kindly gave me paid compassionate leave, which allowed me to give private lessons from home while I was looking after my mother. I gave a lot of lessons, but it was still not enough. I had to start selling the family jewellery. I don’t regret doing so for one second, it was nothing. Giving a few extra comfortable minutes of life to my mother means everything to me.

What has been your most lucrative composition?

The music I wrote for a production of The Cherry Orchard in the West End in 1993. I was paid many thousands of pounds, which was a lot of money at the time. The production ran for half a year and I got royalties as well.

What are you paid for the music you write for the Queen?

Not much, only composer’s royalties when it is played on the radio. I don’t get anything at all from the sales: 100 per cent of the proceeds from the sales of my music for the Queen are donated to charity. I cannot imagine profiting from those sales because when I compose something for the Queen, it is a musical gift for her and the Royal Household. I am the resident composer for charity Cruse Bereavement Care, a voluntary role which I do for free because I find it rewarding. Her Majesty is its Royal patron, which is how I first came to give a gift of my music to the Queen.

The first gift was called Themes Of Life And Glory, and it was dedicated to the memory of the Queen Mother. I never thought I would be invited to the Palace, let alone get to present the gift myself, but that was what happened. It was an amazing experience to talk to Her Majesty and give her my CD and to say a few words about love for our mothers. I will never forget that moment.

Lifetime membership of the Groucho Club, a private members’ club in London. I bought it in the early 1990s, it cost £2,000 and I had to take out a loan to pay for it. But I don’t regret it. I enjoy going there with my friends. It’s a special place. 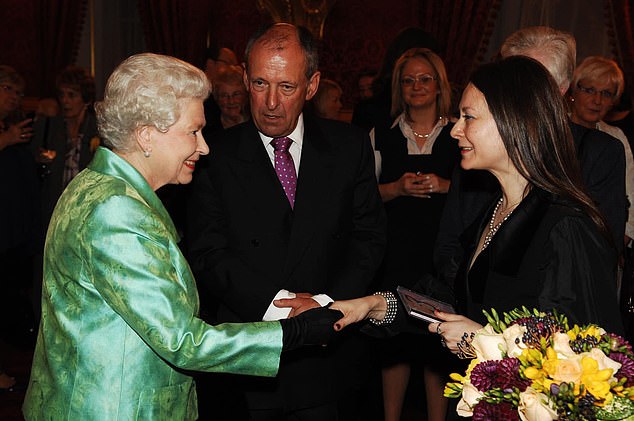 Honour: Olga Thomas, who has composed several pieces for the Queen, presented her with a CD

Taking out payment protection insurance (PPI) on 15 store cards and credit cards. I trusted the people who sold it to me. In 2015, I began to claim it back. I became so good at claiming that eventually companies started paying me more than they owed me as an apology. In total, I got about £50,000 back. Then, under a pseudonym, I published a free template letter for other people to use and they started winning their cases too. It even impressed the Financial Ombudsman Service: it made a video about what I had done to show staff. They couldn’t imagine that a normal, untrained person could do such a good job.

To pay a 73-piece orchestra, a choir and a top arranger to record my composition, Royal Platinum Love Song, for Her Majesty’s platinum wedding anniversary. It celebrated her 70 years of marriage to the late Prince Philip. It cost me thousands of pounds and when I heard it for the first time, I couldn’t believe my own piece was being realised in such an incredible way. That became my first number one song in the Classical Music Charts and multiple number ones have followed. Although I didn’t make any money from the sales, and I haven’t yet made my investment back fully from the royalties, it catapulted me on to the world stage.

Yes. My husband and I own a wonderful four-bedroom flat in Central London, not far from Hyde Park. My husband, who is a chartered accountant, bought it on an interest-only mortgage in 1981 before we met. Now I am paying off the mortgage and the home belongs to both of us. I don’t know how much my husband paid for it, but I think it is worth around £1.5million now.

For every new piece I compose, I buy a piece of jewellery that is related to the new work. I’ll spend anything from as little as £200 to £1,000.

If you were Chancellor what is the first thing you would do?

I would offer more support for the self-employed in creative jobs.

To continue to have financial security. I would also love to find an investor to help me record with orchestras and raise more money for charities.