SSP Group, the owner of the Upper Crust baguette chain, has acknowledged taking a hit from restrictions imposed in the wake of the Omicron variant’s emergence.

In its first trading update since publishing its annual results in December, the food outlet operator revealed that its overall sales in the eight weeks to 30 January were around 43 per cent below their pre-pandemic levels.

This compared to trade being around a third down on its 2019 volumes over the previous nine weeks when there was a significant revival in staff commuting to their offices and people travelling overseas for their holidays. 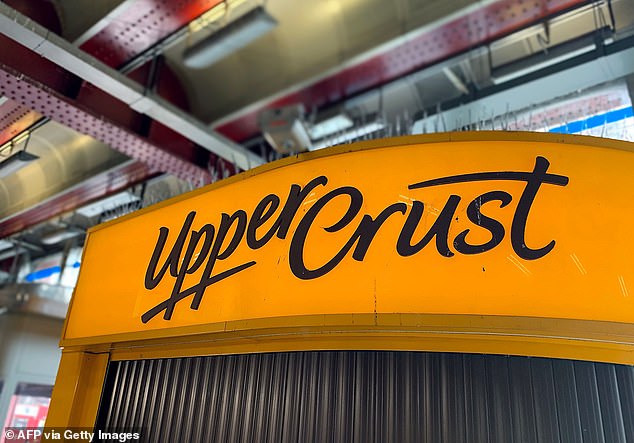 Weak trade: Upper Crust owner SSP Group revealed that its overall sales in the eight weeks to 30 January were around 43 per cent below their pre-pandemic levels

The company, which operates food-to-go outlets at airports and railway stations, said the growth in Omicron infections had ‘inevitably had an impact’ on passenger travel in many countries where it operates.

In England, the government brought in ‘Plan B’ restrictions in early-to-mid December, which encouraged Britons to work from home, and required face masks in most indoor public venues and Covid passes for entry to large-scale events.

Even tougher curbs were introduced in Scotland and Wales later in the month, leading to rail commuter numbers diving and fewer people travelling through airports across the UK, hitting SSP’s business as a consequence.

But as restrictions have loosened in the UK and continental Europe, the FTSE 250 group has noted an improvement in sales, largely stimulated by a return of passenger rail travel.

It said that Omicron was continuing to have some effect on trade while more than a quarter of its stores – around 1,950 – remained shut to customers.

However, SSP added that it was ‘confident in our ability to manage any short-term volatility and, subject to no further government restrictions being introduced, we are well-positioned for the important summer trading period’. 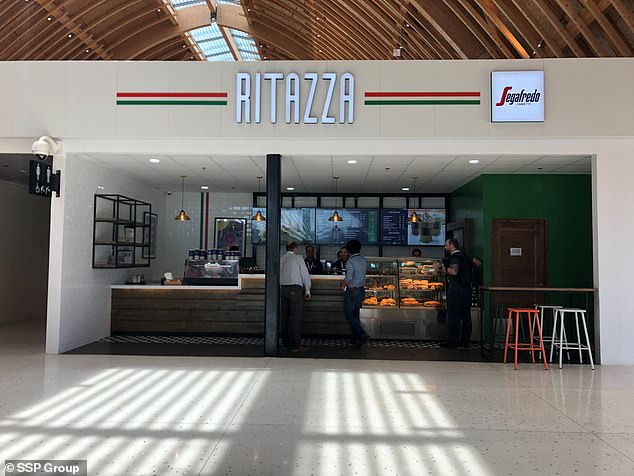 Major defect: Cafe Ritazza owner SSP has been very vulnerable to the changes wrought by the coronavirus pandemic as its outlets are situated at travel hubs

SSP Group has not altered its medium-term forecasts of achieving like-for-like revenues and underlying earnings that were ‘broadly similar’ to its pre-pandemic levels by the year 2024.

Because its outlets are situated at travel hubs, the firm has been very vulnerable to the changes wrought by the coronavirus pandemic when compared to many other businesses.

In its last full financial year, SSP’s revenues plunged by over 40 per cent from the previous 12 months and 70 per cent from two years ago and recorded pre-tax losses of more than £400million for the second year running.

Yet despite the poor figures, the business said the markets where it operates possessed numerous long-term structural advantages that would help boost its long-term growth once the pandemic’s effects weaken.

These include a growing trend for eating out and eating ‘on the move,’ rising disposable income and economic growth that has led to more people travelling, and higher investment by governments in transport infrastructure and capacity.

Shares in SSP Group were up 1.55 per cent to 268.4p during the mid-morning on Friday, meaning their value is still more than half as much as it was prior to the pandemic.