Troubled exercise bike and treadmill maker Peloton has shunted its chief executive into a different job and axed thousands of staff as it seeks to revive its fortunes.

Co-founder John Foley, 51, who led it for nearly a decade, has been replaced by Barry McCarthy, ex-finance boss of Netflix and Spotify, but will remain executive chairman.

The move follows pressure from activist Blackwells Capital, which wanted Foley out, blaming a lacklustre share price performance over the last year on ‘gross mismanagement’. It also encouraged Peloton to put itself up for sale. 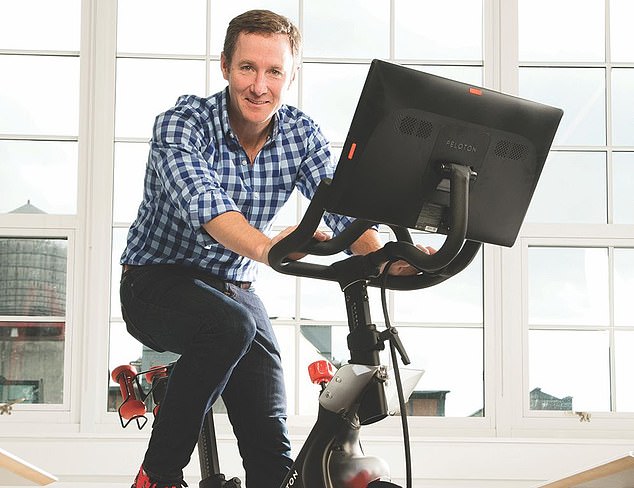 On your bike: Peloton founder John Foley has been replaced by Barry McCarthy, ex-finance boss of Netflix and Spotify, but will remain executive chairman

‘Foley has proven he is not suited to lead Peloton, whether as CEO or executive chair,’ said Blackwells’ chief investment officer Jason Aintabi.

Peloton plans to cut 2,800 jobs, around a fifth of its workforce, after saying it expects revenues for 2022 to be between £2.7billion and £2.8billion, down from previous forecasts of £3.2billion to £3.5billion.

Investors appeared to back the new plans, with the shares soaring 25 per cent on Wall Street.

Peloton boomed during lockdown but has since seen demand slow as gyms reopen.

It has had to recall several products after the death of a child and reports of injuries.

The stock price is down nearly 74 per cent in 12 months, and tech giants Amazon and Apple, as well as sportswear brand Nike, are thought to be circling.

harrry
Previous articleJennifer Lopez and Ben Affleck Look Like a Bride and Groom at the ‘Marry Me’ Premiere
Next articleHosting a Private Screening for Death on the Nile, In Theaters February 11th!