Philip Hammond has distanced himself from Arm’s sale to Japanese private equity six years ago despite helping to seal the firm’s fate.

The former chancellor, who was in Number 11 when the Arm deal took place in 2016, stood in Downing Street with Softbank owner Masayoshi Son in July that year – less than two months before the takeover was officially sealed.

But in a U-turn, Hammond has washed his hands of the £24billion deal, which resulted in the chip designer being taken private and removed from the London stock exchange. 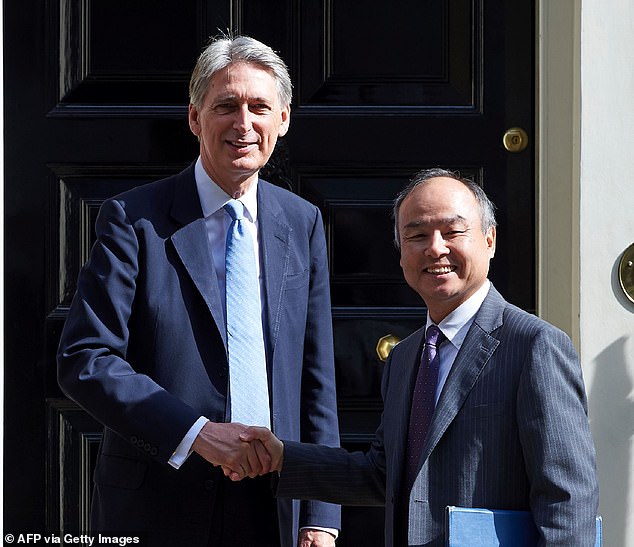 He told the Daily Mail: ‘I hardly had any role, it was my first week in office. I inherited the deal. I can’t claim responsibility.’

His comments are in stark contrast to what he said on July 18, 2016 when he tweeted: ‘Decision by Softbank to invest in Arm shows UK has lost none of its allure to global investors – Britain is open for business.’

But Russ Shaw, founder of Tech London Advocates, said: ‘I can’t believe Hammond has distanced himself from the deal, it was his responsibility. He and [then prime minister Theresa] May should have looked at it more closely.’

The Daily Mail has launched a campaign to Back British Tech and for Arm to return to the London stock market.

Arm is still owned by Softbank but has not flourished. The Japanese giant tried to sell Arm to US chip giant Nvidia but the deal fell through two weeks ago.

Now Son plans to float the company in New York in a blockbuster listing. But demands are mounting for the chip designer – one of the most successful ever tech companies to be founded in the UK – to have its shares listed in the City.