Primark owner Associated British Foods has launched a £400million public bond offering a 2.5 per cent yield to diversify the group’s sources of funding and extend the duration of its borrowings.

The group, which also owns major sugar, grocery, ingredients and agricultural businesses, said the bonds are being issued ahead of the maturity of its remaining private placement notes.

The bonds, which mature in 2035, are expected to be rated ‘A’ by S&P Global Ratings. 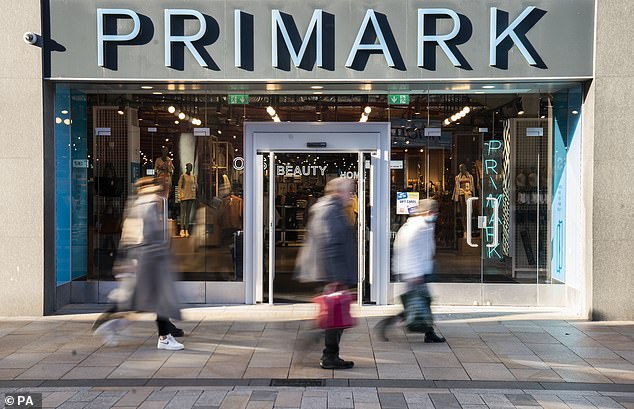 Primark owner Associated British Foods has launched a £400 million 2.5% public bond due in 2034 to diversify the group’s sources of funding and extend the duration of its borrowings

‘These bonds will diversify the source of funding for the Group. They will enhance our liquidity and support the continued investment for growth in our businesses.’

On the consumer front ABF, which also owns Twinings and Ovaltine, announced in January that it will increase prices amid soaring energy and supply chain costs.

ABF said it would pass the increasing costs onto customers ‘where necessary’ as it also warned that the soaring costs could eat into profits.

Primark sales were £2.7billion, 36 per cent higher than a year earlier, but across stores they were still 5 per cent down from pre-Covid levels.

The company said that sales were hit in December as shoppers were turned off by the spread of the Omicron variant.

Primark was hit especially hard by reduced footfall as the retailer does not sell clothes online.

While ABF expects UK production levels to recover this year, it warned that profits would likely be weakened by more extensive gas, carbon, and logistics costs.

harrry
Previous articleRaft: How to Craft (& Use) The Electric Zipline
Next articlePrudential CEO to retire as insurer moves top execs to Asia