The bidding war for Boots is hotting up with three of the world’s biggest private equity houses among the contenders.

The process is entering its final stages and it has been estimated the chain could fetch as much as £7billion. 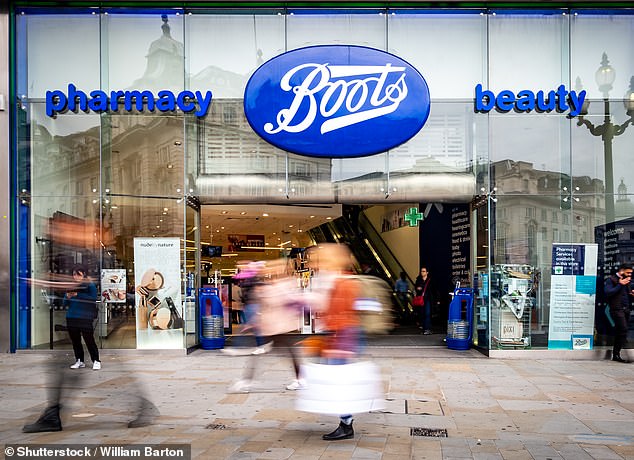 Bidding war: The process is entering its final stages and it has been estimated the chain could fetch as much as £7billion

Four firms are understood to have given presentations to Boots’ management team and potential buyers are expected to submit second round offers ‘around Easter’, according to a source close to the process.

They include Asda, owned by TDR and the billionaire Issa brothers, which is hoping to take over Boots and combine it with Asda’s stores that already operate some UK pharmacies. Mohsin and Zuber Issa bought Asda for £6.8billion in 2020, with the backing of London-based TDR.

Sycamore Capital Partners is also understood to have made a presentation to Boots management. Just a week ago the buyout specialist confirmed it is considering a takeover of struggling fashion chain Ted Baker.

And Apollo is also among the bidders. The New York-based firm has lined up bankers to help finance a takeover bid, Sky News reported.

Apollo’s interest comes just two weeks after news emerged that it approached publishing and education specialist Pearson with a bid worth £6.5billion.

But Pearson has so far rejected Apollo’s advances. Bidders who have fallen by the wayside include Bain Capital, who were tipped as early favourites when Boots was put up for sale.

They joined forces with private equity house CVC Capital Partners but the consortium is thought to have been put off by the price. They declined to put in an initial offer but are thought to be still circling in case the price drops.

In its most recent financial year it booked £131m in profit.

It has a history of private equity ownership having been taken over in 2007 by KKR before merging in 2014 with another American giant, Walgreens.

Walgreens put Boots up for sale in January as part of a strategic review to increase its focus on US healthcare.

One of the chemist’s key attractions is its healthcare services, which played a key part in the rollout of Covid tests and vaccines.

Boots has administered more than 4.7million tests and 1.6million vaccines since the coronavirus pandemic struck.

It is also behind 500 beauty brands including the No7 skincare brand, which has become the most widely sold in the UK since it launched in 1935.