The invasion of Ukraine is set to cause a fresh headache for the Bank of England as it ponders whether to raise interest rates next month.

The conflict is likely to push up the cost of living even further, economists said, as it threatens exports of oil, gas and grain.

But while rising inflation will give central banks more reason to hike rates, they will be wary of doing so amid fears that a rise could worsen any economic downturn. 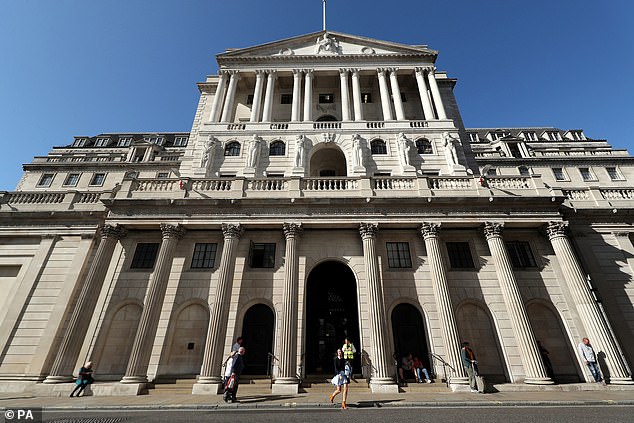 Pressure: The Bank of England has already hiked interest rates twice in the past three months

The Bank of England has already hiked interest rates twice in the past three months.

With inflation set to rise from its current 30-year high of 5.5 per cent to over 7 per cent this spring, traders were expecting the Bank to bump up rates again when its policymakers next meet in March.

Though war in Ukraine will deepen the cost-of-living crisis around the world, it could also stunt economic growth – a problem which will be worsened by higher interest rates.

Capital Economics said food prices will probably also rise, as Russia and Ukraine account for more than a quarter of wheat and 80 per cent of sunflower seed exports globally.

Jason Hollands, of Bestinvest, said there was a ‘real possibility’ inflation would overshoot the Bank’s peak prediction of 7.25 per cent.

harrry
Previous article
ALEX BRUMMER: Putin’s war is damaging all of us
Next article
Maye Musk Is the New Face of Ugg’s First Apparel Campaign