An independent inquiry has found that 21 women working for the Anglo-Australian mining giant have reported rape, attempted rape or sex assault in the past five years.

Women endure ‘everyday sexism and sexual harassment’ while bullying is described as ‘systemic’ with almost half of employees falling victim to it. 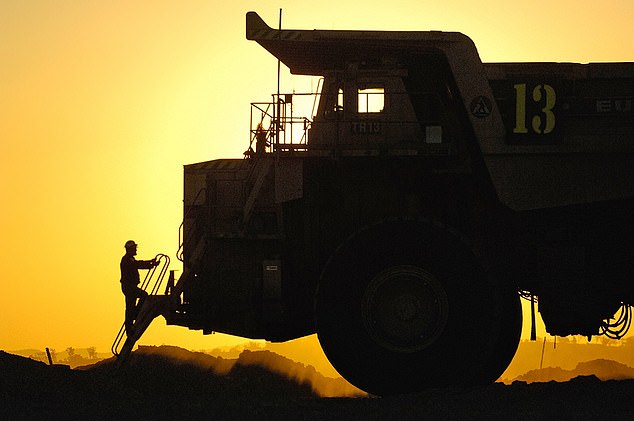 An independent inquiry has found that 21 women working for Anglo-Australian mining giant Rio Tinto have reported rape, attempted rape or sex assault in the past five years

Staff said racism was ‘normalised’. Almost 40 per cent of men and 32 per cent of women who identified as Aboriginal and Torres Strait Islander have suffered discrimination, the report said.

Chief executive Jakob Stausholm said the findings were ‘deeply disturbing’ when he learned how deeply toxic behaviour was embedded.

‘I offer my heartfelt apology to every team member, past or present, who has suffered as a result of these behaviours,’ said the Dane. ‘I feel shame and enormous regret to have learned the extent to which bullying, sexual harassment and racism are happening.’

The findings are the latest setback for Rio, which is a stalwart of the FTSE 100 index on the London Stock Exchange.

Shell veteran Stausholm took the top job a year ago to salvage its tarnished reputation. He replaced Jean-Sebastien Jacques who was ousted after Rio blew up the Juukan Gorge, a sacred 46,000-year-old site in Western Australia.

Rio, which has its headquarters in London and mining operations around the world, commissioned the inquiry into its own workplace culture following lurid allegations of sexual harassment across the industry.

Both Rio and BHP are introducing strict curbs on alcohol at its remote ‘Fly-In, Fly-Out’ mining camps. The inquiry into Rio was headed by Australia’s former sex discrimination commissioner Elizabeth Broderick.

Some 10,303 employees around the world were interviewed. The report found that sexism, bullying and racism were widespread.

Women were much more likely to experience sexual harassment, with 28 per cent reporting it compared with 7 per cent of men.

Those in mining camps were more likely to be victimised, with some eating alone in their room or refusing to venture out after dark.

But while some women reported a positive and inclusive culture, most experienced sexism which took its toll on their self-esteem, personal relationships and general health.

This came in various forms, from managers commenting on their appearance to being left out of key decisions, passed over for promotions or being told to make the coffee.

One employee described a ‘deep-rooted culture that if you are not an alpha male you won’t go anywhere’, adding that some women fear telling their bosses they are pregnant, as they are worried they will either be demoted or not have a job to come back to.

Almost half reported bullying and workers claimed racism was ‘normalised’, with one saying: ‘I have copped racism in every single corner of this company.’ Another commented: ‘Rio is a Caucasian-orientated company.

The findings are particularly damaging for Rio, which is trying to repair relations with Aboriginal communities after the Juukan Gorge debacle.

Generally, the report found that ‘harmful behaviour is often tolerated or normalised’, and that employers believe senior leaders and ‘high performers’ often manage to get away with it.

These include making its mining camps safer and inclusive for women, and improving the way it responds to complaints.

She said: ‘By proactively commissioning this study, one of the largest of its kind within the resources industry, it demonstrates a very clear commitment to increased transparency, accountability and action.’

Life as a Fly-In, Fly-Out (FIFO) worker can be lonely, with much of the year spent in remote mining camps far away from family and friends.

Often employees toil in the extreme heat as temperatures in the iron ore heartlands of the Pilbara in Western Australia soar above 40 degrees centigrade. 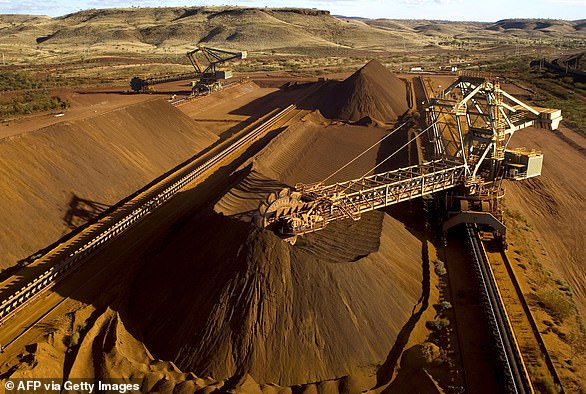 Gruelling conditions: Temperatures in the iron ore heartlands of the Pilbara in Western Australia (pictured) soar above 40 degrees centigrade

It can be relentless. They are often required to work for 12 hours a day, 14 days in a row before they fly home again.

Workers live in basic, small huts called ‘dongas’. Previously they were allocated their own donga, remaining there for the entire project – lasting up to two years – and which would be left empty when their shift finished.

Workers would put up photos of loved ones and some would even plant vegetables to feel at home. But to save money, a system called ‘hot bedding’ is now more common, with dongas swapped between workers so they are never empty. Unions say this has destroyed any sense of community, as employees have no idea who is in the room next door.

He believes the poor living conditions, isolation and gruelling hours have fuelled excessive drinking and anti-social behaviour among workers.

Much of the worst behaviour is in the ‘wet mess’, the social hub of camps, where alcohol is served.

But yesterday’s report found many women at mines eat alone in their room to avoid harassment and do not go out. Mining companies have spent millions on improving camps including better accommodation and beefed-up security.

harrry
Previous article
You’ve got an ATT Care Number: 205.4? We Have the Ultimate Solution to Help You Bail Out.
Next article
BUSINESS LIVE: Vodaphone on course; £2.1bn Playtech takeover in doubt