Rio Tinto is set to buy the remaining stake in a Canadian business involved in a major copper mine in the Gobi Desert, which recently received expansion approval.

The mining corporation announced that it had put forward a $2.7billion proposal to buy the 49 per cent stake it does not currently own in Montreal-based Turquoise Hill Resources, which holds a majority share in the Oyu Tolgoi project.

Underground operations at the mine began in January, following many years of delays and cost overruns, after Rio Tinto agreed to waive £1.8billion of debt and interest that the Mongolian Government had incurred to fund the scheme. 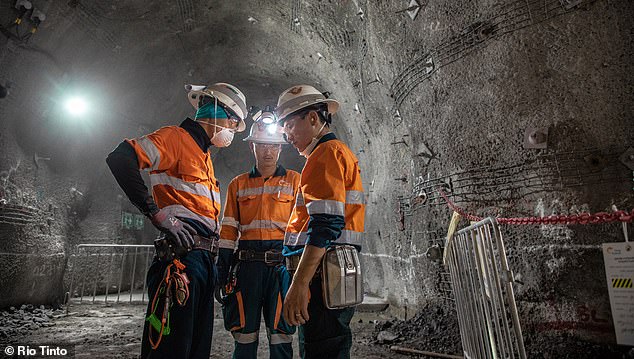 Environment: The development of the Oyu Tolgoi copper and gold mine amidst stronger demand for elements that will help the world transition to net zero

Sustainable copper production is due to commence at Oyu Tolgoi in the first half of 2023, when it will be one of the largest mines in the world, with an ability to produce almost 500,000 tonnes of copper each year at peak levels.

Based around 340 miles south of the Mongolian capital Ulaanbaatar, the mine’s development comes amidst stronger demand for elements that will help the world transition to net zero.

Copper is an important component in the batteries and motors of electric vehicles, as well as wind turbines, solar panels and water heaters, and is valued for its high recycling capacity.

Rio Tinto chief executive Jakob Stausholm said the takeover would enhance the firm’s copper portfolio, which stretches from Chile to Australia, boost its long-term commitment to Mongolia and simplify the ownership structure of the scheme.

But it needs approval from Turquoise Hill investors, such as the American hedge fund Pentwater Capital Management, which accused the company 12 months ago of hiding the reasons behind the project’s delay.

An independent report published last September claimed that poor management was the main cause of the delays, but Rio challenged the findings, arguing that  weak rock conditions were more to blame. 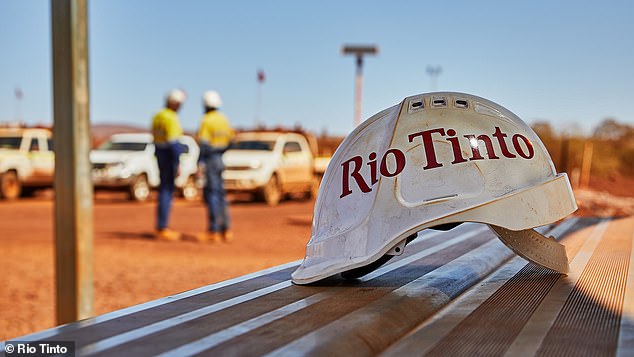 Commodity boom: The surge in the price of key metals and minerals like copper and iron ore helped Rio Tinto’s full-year profits more than double to $21billion in 2021

While the mine’s expansion plans have been impeded, its total costs have also ballooned to $6.45billion, compared to an initial forecast of $5.3billion.

AJ Bell’s investment director Russ Mould said: ‘Like the project itself, this transaction is not expected to go smoothly. Rio may have to dig a lot deeper to win over Turquoise Hill’s shareholders.

‘Most of the big miners overpaid for growth in the last commodities boom, which peaked about 10 years ago, and then spent a long time writing down the value of assets, getting rid of non-core operations and streamlining wherever possible.

‘We’ve not seen a return of M&A in the current commodities rally, but history suggests it is only a matter of time.’

The surge in the price of key metals and minerals like copper and iron ore since the pandemic helped Rio Tinto’s full-year profits more than double to $21billion in 2021, while revenues shot up 42 per cent to $63.5billion.

Thanks to the strong performance, the business announced a dividend payout of £12.6billion, the second largest in history among London-listed blue-chip firms.

Rio Tinto shares have risen by around two-thirds over the last two years, though their value was 2.8 per cent lower at £54.10 on Monday morning, making it one of the top ten fallers on the FTSE 100.

Mould added: ‘Rio Tinto’s move on Turquoise makes strategic sense as it tidies up ownership and gives it a stronger position in the copper sector.

‘However, the fact its share price is down on the Turquoise Hill news would suggest the market is starting to worry once again that it will overpay to get what it wants.’