The Spirit of Ecstasy has rather a racy – and tragic – past that draws on an illicit love affair between an aristocrat and an artist’s muse.

The story begins in 1902 when aristocrat, motoring enthusiast and freelance journalist John Montagu – described as ‘richly titled but perennially short of cash’ – set up the motoring magazine The Car Illustrated, and hired Charles Sykes as his chief illustrator.

Around the same time, Montagu’s friend, Claude Johnson – later to join Rolls-Royce and be dubbed the ‘hyphen’ in the firm’s name – employed an enigmatic young woman with a secret double life named Eleanor Thornton as his assistant at The Automobile Club, where he was General Secretary.

Rolls-Royce noted: ‘When Montagu met Eleanor, who was both highly intelligent and famed for her beauty, he was instantly smitten and offered her the job of Office Manager at his magazine. She accepted, and the aristocratic publisher and his new colleague – 14 years his junior and from humble origins in south London – soon embarked on a 13-year affair that was as passionate and sincere as it was inevitable and clandestine.’ 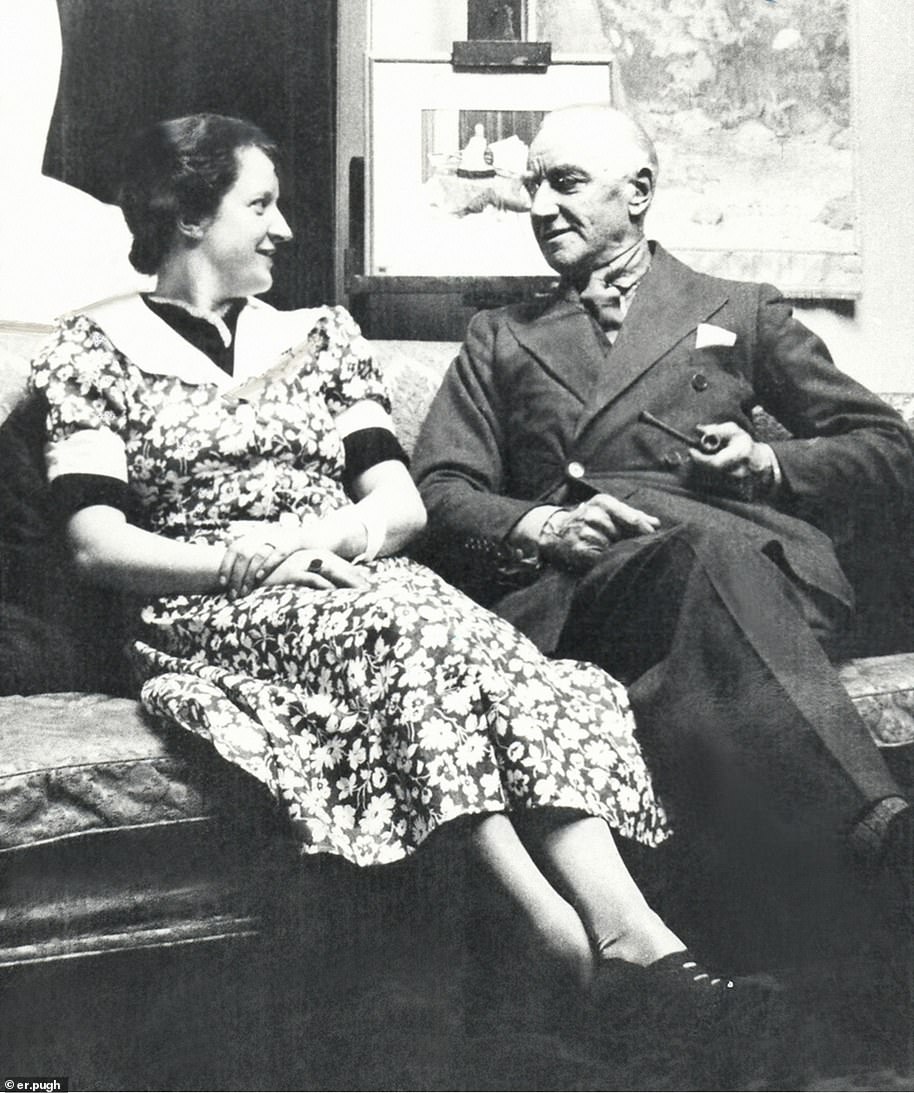 Charles Robinson Sykes (1875-1950). An illustrator and sculptor who worked for both Lord Montagu and Claude Johnson. Under the pseudonym ‘Rilette’, he designed advertisements and magazine covers, now considered works of art in their own right

During 1903, Eleanor became pregnant: ‘She and Montagu decided it would be best for the baby to be adopted at birth’.

Holding her infant daughter Joan for only a few seconds she handed her to Montagu, instructing him ‘never again to mention the name of the baby’.

Although Eleanor never saw Joan again, the child’s father did, arranging and paying for her to be brought up by an ex sergeant from his regiment and his wife, and latter by a doctor and his wife: ‘Over the years that followed he visited his daughter, who knew him only as Uncle John, and did what he could to support her, within the bounds of propriety and secrecy.’

And here is the twist. Rolls-Royce notes: ‘A few years earlier, Eleanor had taken rooms at The Pheasantry, an artists’ colony in the Kings Road, Chelsea. Here, she lived a secret double life: demure, respectable, professional assistant to Johnson at The Automobile Club by day; sensuous exotic dancer and life-model by night. ‘ 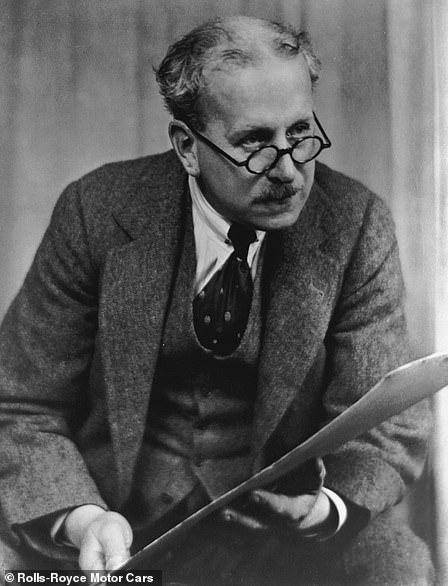 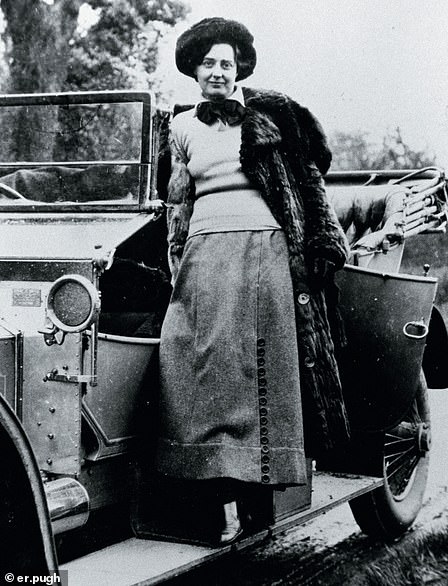 Left: Claude Goodman Johnson (1864-1926). Secretary to the Automobile Club of Great Britain & Ireland (later the Royal Automobile Club) before joining The Hon Charles Stewart Rolls in business in 1903. A gifted publicist, his commercial acumen made him the self-styled ‘hyphen in Rolls-Royce’. Right: Eleanor Velasco Thornton (1880-1915). The pivotal figure in the Spirit of Ecstasy story. Originally an actress and dancer, she was also Claude Johnson’s assistant until 1902 when she became Office Manager to Lord Montagu; she was also model and muse to Charles Sykes

One of the artists for whom she regularly posed was Charles Sykes, who, as well as being employed by Montagu as an illustrator, was also a talented sculptor.

‘In 1903, he sculpted a trophy, modelled on Eleanor, for Montagu to present at the Gordon Bennett race. Another of Sykes’ works, entitled Bacchante, was shown at the Royal Academy and the Paris Salon. Her face and figure are also strikingly similar to those of his long-time muse.’

Rolls-Royce explains: ‘During this period (the precise date is unknown) Sykes produced a mascot for Montagu’s Rolls Royce Silver Ghost. Called ‘The Whisper’, it was a small aluminium statuette of a young woman in fluttering robes with a forefinger to her lips. 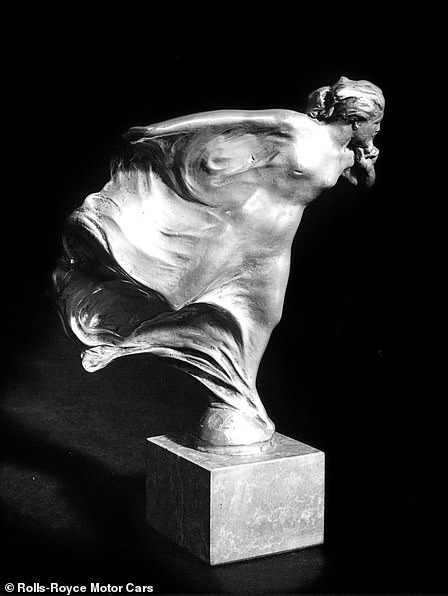 Rolls-Royce says ‘The Whisper’ was the inspiration for the Spirit of Ecstasy; and that the mascot, therefore, is modelled on Eleanor Thornton

‘It has been confirmed that Eleanor was the model: whether the mascot was a token of appreciation from Sykes to his friend and employer, or made at Eleanor’s instigation as a gift for her lover, remains a mystery. Whatever the truth, Montagu displayed it on every Rolls-Royce car he owned until his death in 1929; perhaps as a discreet acknowledgment of his love for Eleanor, which he kept secret for so long. ‘

The firm adds: ‘The conventional wisdom is that ‘The Whisper’ was the inspiration for the Spirit of Ecstasy; and that the mascot, therefore, is modelled on Eleanor Thornton.

‘It is an appealing and logical notion, and there are enough similarities to support it.’

But the story is not clear-cut, says Rolls-Royce.

By 1910, Claude Johnson, re-enters the narrative having become managing director of Rolls-Royce, the company co-founded by his former business partner, The Hon Charles Stewart Rolls, and the brilliant engineer Henry Royce.

Johnson suggested producing their own mascot and, through his aristocratic friend Montagu, commissioned Charles Sykes to create it.

Sykes’s muse ‘was almost certainly Eleanor Thornton’ and it is ‘highly probable that Eleanor was the model for the Spirit of Ecstasy’s overall form.’

However, some have speculated that the face could be that of his mother, Hannah Robinson Sykes.

Sykes’ new mascot was initially called ‘The Spirit of Speed’ but later became ‘the Spirit of Ecstasy’ – the name registered as its intellectual property in 1911.

There is a sad conclusion to the love story. At the height of the First World War on 30 December 1915, Montagu and Eleanor Thornton were enjoying lunch in the first-class saloon of the P&O passenger ship SS Persia as they sailed through the Mediterranean en route to India, where Montagu had been made Chief of Mechanical Transport for the British army.

Eleanor was to disembark at Port Said and return to England. But the ship was struck by a torpedo and sank in less than five minutes. Eleanor Thornton, together with hundreds of other passengers, was never seen again.

But Montagu survived. After 38 hours adrift in a lifeboat, suffering with a broken shoulder and a damaged lung, he and a handful of other survivors were picked up by a passing liner.

Rolls-Royce said: ‘Montagu never got over the loss of Eleanor, which of course he could never mention publicly. But for the rest of his life, she was with him in spirit wherever he travelled in his Rolls-Royce motor car’.