The BP-backed Russian oil group made £8.8billion despite having to cut production to comply with agreements struck by oil cartel, Opec+. 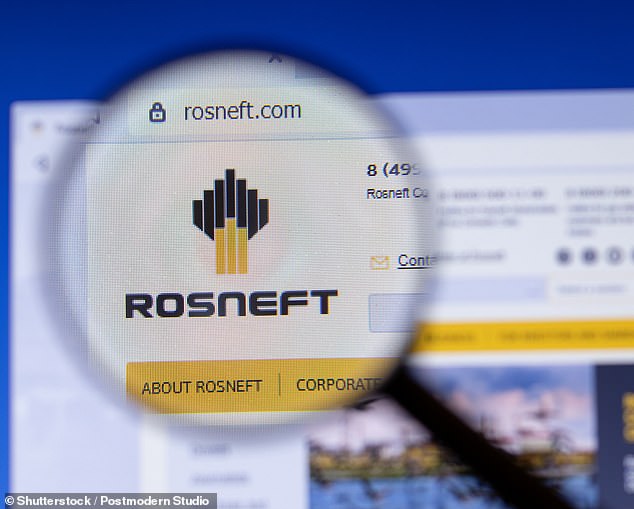 Boost: Rosneft made £8.8billion despite having to cut production to comply with agreements struck by oil cartel, Opec+

Rosneft’s production fell 6.6 per cent to 3.9m barrels of oil a day as major crude-rich countries slashed their output in a bid to stimulate prices.

Brent oil prices spiralled above $85 in the final quarter of 2021 as the global economy roared back to life. But the six-fold increase in Rosneft’s profits may be uncomfortable for BP – which owns 20 per cent of the firm – as Moscow amasses troops on Ukraine’s border.

But BP and Shell are among the companies working in Russia that could be affected by sanctions if Russia invades.