Royal London’s annual profits rebound strongly in 2021 as the economic recovery and a flourishing employment market heightened sales of its pensions products.

Following a significant drop in trade in 2020, the mutual’s pre-tax operating earnings more than trebled to £133million last year thanks to the value of new business jumping by £1billion to £9.4billion.

Most of this growth was driven by sales of its workplace pensions rising by 30 per cent to £3.2billion, which the group said was not just a feature of newly employed people joining its schemes, but firms reviewing their choice of pension provider. 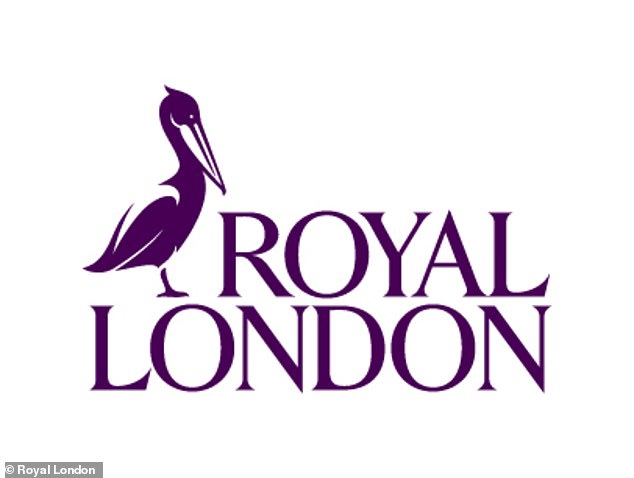 Recovery: The mutual insurer’s pre-tax operating earnings more than trebled to £133million last year thanks to the value of new business jumping by £1billion to £9.4billion

Revenues were further boosted by a modest increase in purchases of protection products across the UK and Republic of Ireland, with the latter market receiving an additional uplift from demand for term assurance.

However, the volume of new business sales remained below pre-pandemic levels as a result of sales of individual pensions being held back by a weak recovery in the smaller and mid-sized adviser market.

But the total volume of assets under management jumped by £16billion to a record £164billion driven by the popularity of Royal London’s sustainable funds, its Governed Range equity fund, and weaker levels of institutional outflows.

Meanwhile, Royal London policyholders will receive a £168million share of the insurer’s profits, which marks a £23million rise on the previous year and takes the amount the firm has handed out to its customers to £1.2billion since 2007.

Chief executive Barry O’Dwyer said: ‘2021 was a good year for Royal London. Sales and profits are both up on last year. We have maintained very strong flows into our asset management business, helping assets to hit record levels.

‘Our Governed Range remains a hugely popular choice amongst independent financial advisers, and this range alone accounts for over £50billion of our customers’ investments. 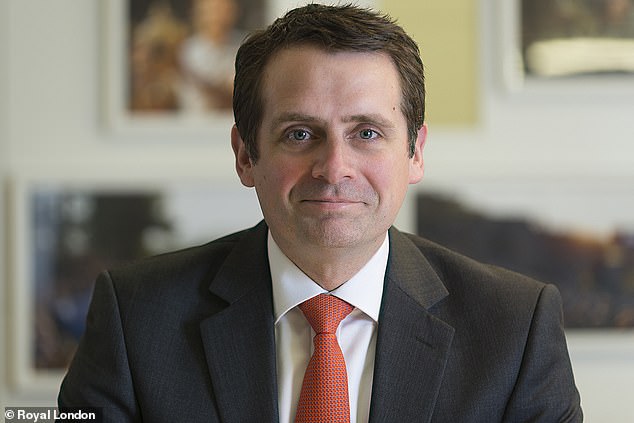 Sale: Royal London boss Barry O’Dwyer (pictured) told Reuters that the firm would try and sell its assets in Russia as quickly as possible following the invasion of Ukraine last week

‘The action we have taken to reduce the carbon intensity of the equity investments in this range shows that a well-run portfolio can generate excellent returns in a responsible way.’

O’Dwyer additionally told Reuters that the Royal London would try and sell its assets in Russia as quickly as possible following the large-scale invasion of Ukraine last week by Russian military forces.

Less than 0.1 per cent of the group’s investment portfolio is held in Russian or Ukrainian businesses, and it does not have any active investments in Russia, according to O’Dwyer.

The publication of Royal London’s results comes about a month after merger talks with fellow mutual insurer Liverpool Victoria (LV) collapsed due to their conflicting mutual models.

Many LV customers and Members of Parliament voiced hefty criticism of the proposed deal, pointing out the small payout offered to policyholders, the loss of LV’s mutual status and Bain’s history of leveraged buyouts.

harrry
Previous articleWhere can I get the best easy-access savings rate?
Next articleWhere should my 19 year old granddaughter invest her £5,000?