Rishi Sunak in two short years has had one of the most eventful chancellorships in modern history.

Barely had he moved into No 11 than the grim scale of the pandemic became clear. Now, Sunak finds himself a wartime Chancellor, courtesy of Vladimir Putin.

Russia’s attack on Ukraine will play havoc with the arithmetic for his Spring Statement next week. Even before the war broke out, inflation had become a problem and now the outlook is considerably worse. 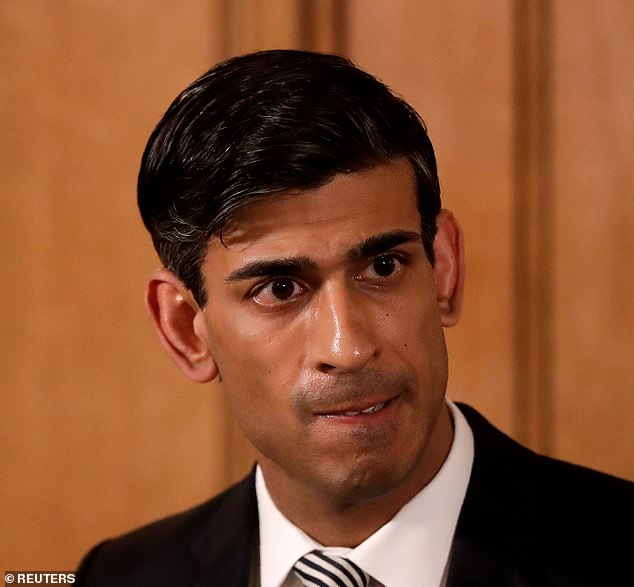 Under pressure: Rishi Sunak in two short years has had one of the most eventful chancellorships in modern history

The surge in inflation could easily torpedo the popularity Sunak has enjoyed.

Those facing a nasty hit to their spending power include retirees, whose state pensions will only rise in April by 3.1 per cent after he suspended the triple lock. They also include his own ministerial colleagues, whose departmental spending settlements have been reduced in real terms. Public sector workers, whose pay has lagged inflation for years, face another squeeze.

And millions of employees are about to realise they are in for a painful five-year freeze on allowances and thresholds. This was announced a year ago and was too technical to make many ripples. But people will wake up to how much it will hurt.

Rishi’s big tax freeze is potentially far worse than the hike in National Insurance and certainly more insidious. It amounts to an enormous stealth tax that will drag millions into higher brackets. Rising inflation makes the whole thing worse than it seemed a year ago, when it was announced. According to the Centre for Economics and Business Research, it was originally planned to raise £8.2billion, but could now haul in £40billion. That is quite a timebomb.

The measure looks hard to justify because the assumptions about inflation that underpinned it last year are out of line with the reality of rising prices. Rishi should unfreeze the allowances – but probably won’t.

He cites the national debt of more than £2trillion, as well as our ageing population and the legacy of Covid, both of which will add to ballooning health costs. Spending on defence is likely to rise for obvious reasons.

Moreover, he would like to have a warchest to allow him to throw some confetti ahead of the next election, so he wants to replenish his depleted coffers.

What will he do in the Spring Statement? Clues abound in his recent Mais Lecture, where the themes were capital, people and ideas.

Looking through the twin crises of Covid and war, Sunak is preoccupied with the ‘Great Slowdown’: productivity, living standards and innovation are not growing rapidly enough.

This could translate into an overhaul of research and development tax credits to get more bang for the Treasury buck, and incentives for business investment. There could also be encouragement for firms to help their staff acquire new skills.

We may hear more about how the UK can use the freedoms gained through Brexit to remove bureaucratic obstacles to innovation in technology, the life sciences and financial services, and about time too.

One of the best things, however, that the Government could do to boost enterprise and help Rishi balance his books is to welcome Ukrainians who want to come here.

They could make an immense contribution, as did many of the Ugandan Asians who arrived in the 1970s with little more than the clothes on their back and went on to become hugely successful in business and other fields. The same is true of the Jewish refugees who came here to escape the Nazis. People who have had their lives brutally ripped away are apt to work hard to win back what they have lost.