More than a million members of LV have been betrayed by the men running the mutual insurance company they own.

Yet Mark Hartigan, the chief executive, and Alan Cook, the chairman, remain in their lucrative jobs, despite being the architects of a disastrous attempt to ditch nearly 180 years of mutual history by selling out to a bunch of buyout barons.

LV’s members scuppered the proposed deal with US private equity firm Bain in a vote in early December. Since then, savers and policyholders have been left in limbo. 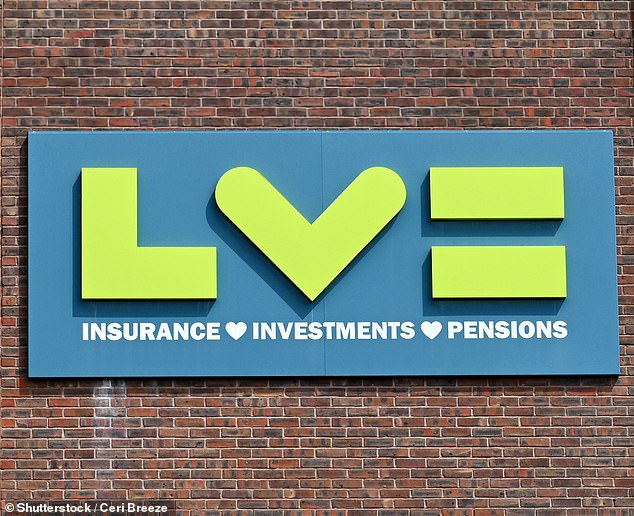 Writing on the wall?: Alan Cook has said he will step down, but Mark Hartigan has made no such pledge

Immediately the Bain transaction was dead in the water, LV’s fellow mutual insurer Royal London offered to enter exclusive talks over a mutual merger. We have as yet no detail but it would give LV customers the opportunity to keep their savings under the umbrella of mutuality.

Since then, there has been radio silence. This is unsettling. The longer LV’s future remains unresolved, the greater the risk of drift, decline, and loss of momentum.

Many questions remain unanswered, including: Why are Cook and Hartigan still there? Cook has said he will step down, but there is no departure date. Hartigan has made no such pledge and incredibly, the LV board has not even ruled out paying him a bonus for last year.

It is unsatisfactory, to say the least, for members that the same duo who landed the company in this plight are still in charge. Nothing in their handling of the abortive sell-out gives much faith in their ability to resolve the mess they have created.

Indeed, they have every incentive to spin it out and carry on drawing their bulging pay packets. So too do the army of advisers who are hauling in hefty fees.

This cannot go on. The clueless twosome, Hartigan and Cook, have lost all credibility and should be replaced. Given their dismal performance on the Bain deal, it is unacceptable that LV members are forced to rely on the pair to negotiate a future path.

Independent directors on the LV board must draft in a heavyweight chairman and chief executive to act as champions for loyal members.

This is what has happened in previous debacles. At Equitable Life, the highly respected Vanni Treves was brought in as chief firefighter. Similarly, the late Lord Myners came in to the Co-op after its bank ran into trouble.

Candidates to chair LV could include Joe Garner, who is leaving as chief executive of Nationwide, where he has been a formidable champion of mutuality. Financial expert and campaigner Ros Altmann is another person of real stature.

Hartigan and Cook have shown themselves to be deeply inadequate stewards. The lack of information from inside their bunker since their plan was dismissed is in keeping with their behaviour throughout.

The deal with Bain would have involved a major shift in the ownership and culture of LV. Yet they failed to make a convincing case as to why members would benefit.

The pair claimed LV had no future as an independent – an about-turn on previous assertions that it had thriving prospects. Now they seem to have flip-flopped again and independence is again an option.

This is not just about LV but about mutuality itself. Now, more than ever, with the cost of living rising, savers and policyholders need mutuals in the name of consumer choice.

City regulators have so far not intervened in the fiasco, but savers cannot be left in no man’s land much longer. In the name of mutuality, they deserve better than this.