RUTH SUNDERLAND: LV hierarchy has forgotten that it is there to serve members – it’s time for those members to make their voices heard again

Members of mutual insurance companies and building societies, as individuals, do not have a great deal of power. Collectively, however, they can take on bad boards and reverse bad strategies.

This is precisely what has happened with the insurance company LV, whose members refused to give a green light to a self-interested plan led by interim chief executive Mark Hartigan to sell the mutual to private equity.

Turnout at a special meeting in December to decide on the proposed deal with US buyout baron Bain Capital was not huge, at 15 per cent, but it was the highest in living memory for LV. 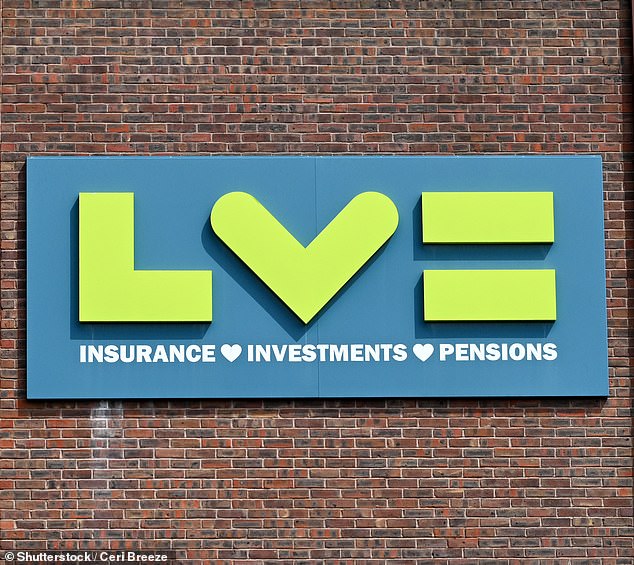 Have a say: There are more than a million members of LV and they need to make their voices heard again

The sale, and the greed of LV bosses, has awoken a sleeping giant: Member power.

Not content with trying to bulldoze through a sale to private equity, the insurer has added insult to injury by proposing a bonus of more than £500,000 for Hartigan, the architect of the doomed sale plan.

Details of his rewards were revealed in the annual report, along with a payment of more than £45,000 to so-called experts from Deloitte for advising the pay committee. That was money for old rope, when any sane person could have told the board for nothing that it was unconscionable for Hartigan to be handed any bonus whatsoever.

There are more than a million members of LV, and they need not stand idly by and allow themselves to be treated with such barefaced contempt. Nor, for that matter, need members of the Skipton Building Society and other mutuals, whose bloated rewards my colleague Jeff Prestridge revealed in the Mail on Sunday (see related articles link below).

At LV’s annual meeting, likely to take place in September, there is an opportunity to vote against Hartigan’s pay and to table a resolution of no confidence in him.

Votes on remuneration are advisory only, but nonetheless send out a strong message.

If members can attend the annual meeting in person, it is a chance to question the board from the floor, or in the case of a online gathering, in a virtual format.

From the start, Hartigan’s tenure has been calamitous, to a degree that would be risible were it not so damaging to members’ interests. He persistently argued that the Bain deal was necessary on the grounds that LV did not have a good future as an independent entity.

In a rapid volte face, we are now told commercial performance is improving. LV is now apparently ‘in a place where it could move forward and compete successfully in the market as a vibrant, sustainable mutual brand’. Both these stances cannot be right. No doubt the argument from the LV camp is that circumstances changed, but that is no defence. 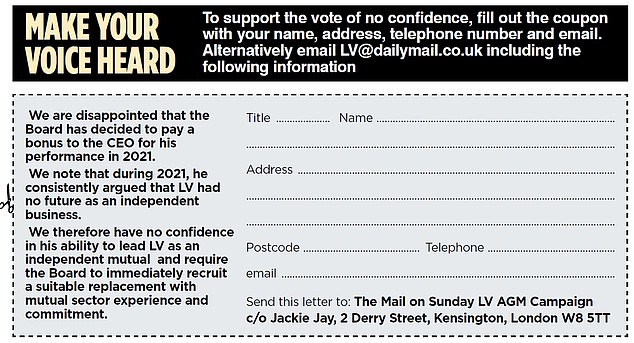 The whole point of mutuality is that it is for the long term, rather than a gimmick to be ditched at the first whiff of difficulty – or, one might suspect, the scent of possible rewards for top bosses.

It is ridiculous that Hartigan remains in the top job at LV at all, let alone that he is hauling in a bonus. For the sake of its members, LV needs a complete reset, starting with the appointment of a heavyweight chairman such as Joe Garner, the departing boss of Nationwide, or pensions champion Baroness Altmann. That person then needs to recruit a credible CEO, pronto.

The directors of LV claim that through the Bain debacle, ‘We have listened, we have learned and we know we have to do better at engaging our members in the future’.

The reality is the board members have tin ears. They seem to have forgotten that they, and Hartigan, are there to serve members, not the other way around. Time for LV members to make their voices heard again.